The Path Of The Beast: Barbarian’s Newest Subclass Lets You Rage With The Ferocity Of A Wild Animal 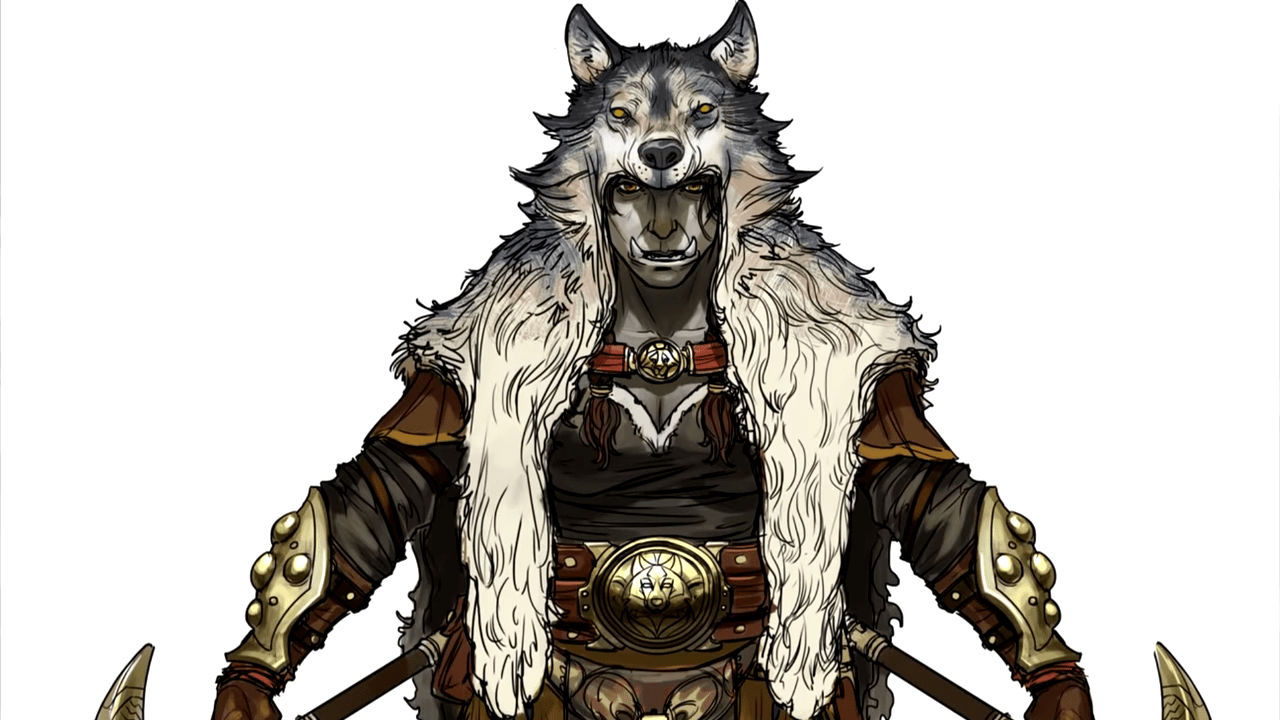 Barbarians have always been known as the class in Dungeons and Dragons with serious anger management issues and a penchant for blood-spilling. Barbarians are feared opponents, with many Dungeon Masters having to make encounters deadlier at the mere presence of one.

Path of the Beast Barbarians take the savage, primal rage of a Barbarian and dial it up to a 10. Beast Barbs take on animalistic features to give them abilities that rival even the angriest of Owlbears. It’s possible that these Barbarians house a primal spirit, or are even descended from shapeshifters such as Lycans. Shifters (sometimes called were-touched) might have a special connection with this class.

At 3rd level, the Beast Barb gains Form of the Beast. Each time you rage, you can choose between three different natural melee weapons that manifest as part of your primal anger spilling out. These options are Bite, Claws, and Tail.

Bite gives you mandibles or the jaws of a mighty beast. This bite does 1d8 piercing damage on a hit, and once on each of your turns, you can regain hit points equal to your Constitution modifier. Claws transforms your hands into…claws, which deal 1d6 slashing damage. You can also make an additional attack with your claws once per turn as part of the same Attack action. Tail gives your Barbarian the ability to sprout a long, spiny tail which you can use to deal 1d12 piercing damage, and which also has the reach property.

The Bestial Soul feature at level 6 gives the Beast Barb extra bestial power, allowing your attacks to count as magical for the purpose of overcoming resistances and immunity to non-magical attacks and damage.

Beyond this, whenever you finish a short/long rest, you can choose from a number of benefits that last until your next short/long rest. The first of these benefits is the ability to breathe underwater and gain a swimming speed equal to your walking speed.

The second benefit is to gain a climbing speed equal to your walking speed, as well as the ability to climb difficult surfaces, including upside down on a ceiling, without having to make an ability check. Lastly, you can also choose to make an Athletics check whenever you jump and extend your jump equal to the total rolled on the dice.

The Beast Barb gains Infectious Fury at level 10, allowing you to curse a hit target with rabid fury. When you hit, you can cause the target to make a Wisdom saving throw against your DC. If they fail, you have the choice of either making the target use its reaction to hit another creature of your choice or to deal 2d10 psychic damage. This feature can be used a number of times equal to your Constitution modifier.

Finally, at 14th level the Beast Barb is granted access to the Call the Hunt feature. When you enter a rage, you can choose a number of willing creatures within 30 feet that you can see equal to your Constitution modifier. Until your rage ends, they are granted the Reckless Attack feature, and you have advantage on saving throws against being frightened. You also gain 5 temporary hit points for every creature that accepts this benefit.