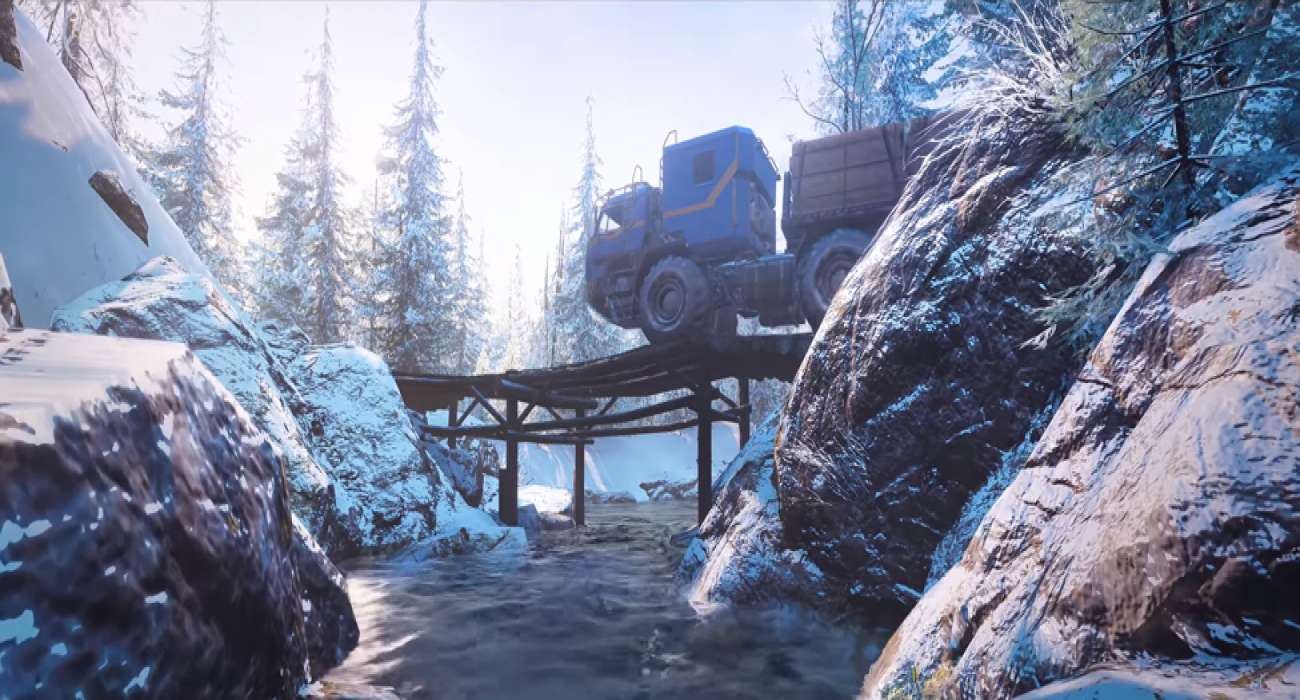 Every now and then, you want to jump in a simulation game that depicts real life activities. These games are very cathartic in a lot of ways. They let you do tasks that are actually possible in the real world, which helps immerse you in the settings that much more. One game that fits this bill and is gaining a lot of buzz is SnowRunner, the off-road trucking game featuring snowy landscapes.

You’ve probably heard of the show Ice Road Truckers. Well, this game takes that same premise and lets users play out these adrenaline-pumping driving scenarios around various settings. It’s a pretty brilliant concept if you think about it. You probably wouldn’t want to try this type of driving in real life. Thanks to this game, you’ll be able to surround yourself in the comforts of home testing your truck driving skills like never before.

It was just revealed that SnowRunner is releasing in April on the Epic Games Store. That’s a couple of months away, but the wait seems worth it if you like these types of driving simulation games. It takes American Truck Simulator and dials up the excitement factor to an eleven.

From the trailers we’ve seen thus far, SnowRunner has a lot going for it. For starters, its visuals look absolutely breathtaking. It’s clear Saber Interactive spent a lot of time refining even the simplest of details, such as the way the your truck’s tires imprint in the snow. The snowy mountain tops are amazing to look at and so are the trees surrounding the locations.

The off-roading elements are where SnowRunner really shines. If you thought driving a traditional semi-truck was hard, wait until you get out on the slippery ice. The elements will be a challenge that you have to overcome, whether you’re using a dump truck filled with a bunch of trash or just an off-road truck.

In addition to the snow and ice, you’ll have to brave the narrow roads. Seeing clips of gameplay can easily bring about an anxiety attack. That’s a good thing, though, because it emphasizes the importance of being alert and responsive with your selected truck.

The slightest miscalculation could send your truck and its cargo plummeting down the mountain side. You’re on edge the entire time. That’s a sign of an addicting game. April isn’t too far away for SnowRunner. It seems like a fun time overall.