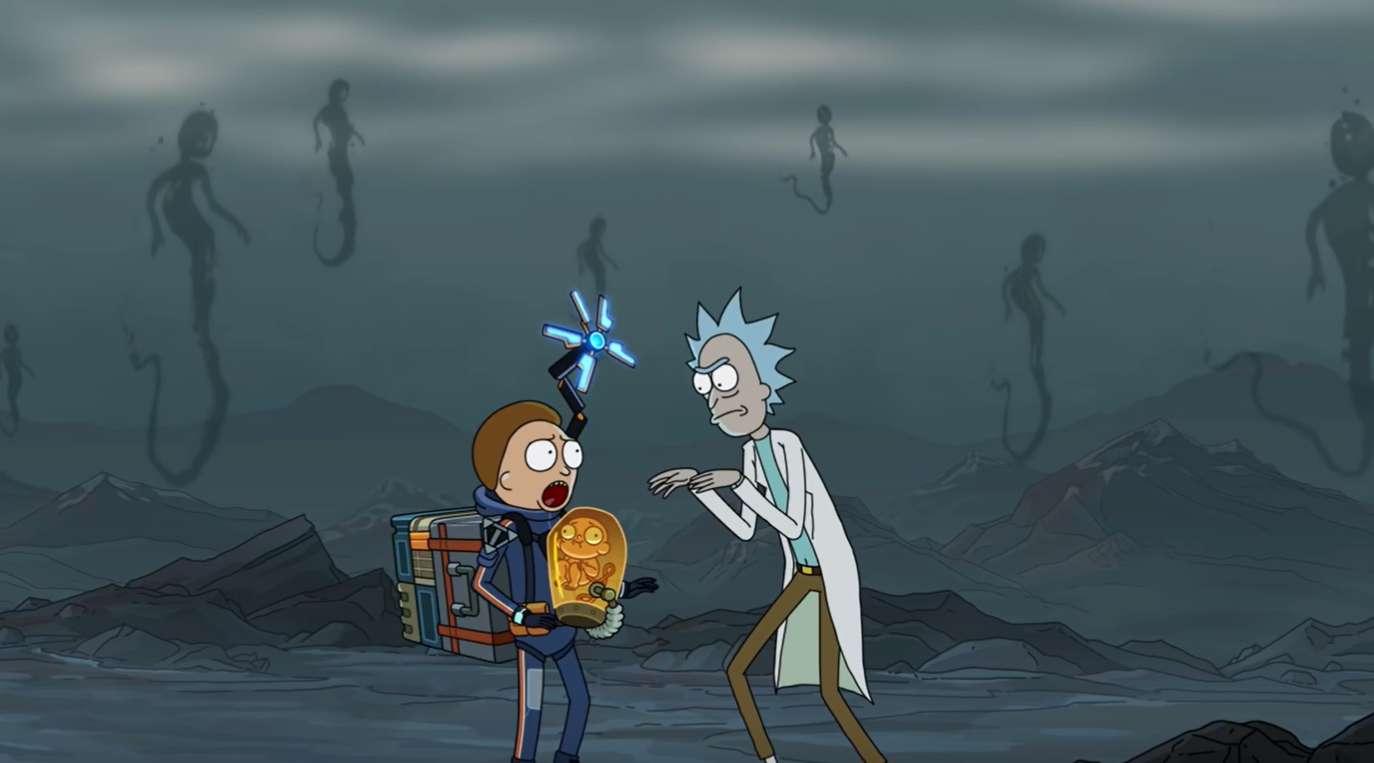 Cartoon Network’s Adult Swin got in on the hype for Kojima’s Death Stranding, starring The Walking Dead Star Norman Reedus with a new commercial that aired during a recent episode of its extremely popular series Rick and Morty.

What’s more, the commercial actually featured Rick and Morty in the world of Death Stranding, poking fun at the game’s plot in a lighthearted way.

Check it out in the video below.

Rick and Morty walk around surrounded by the Death Stranding ghosts. Morty is taking on the Norman Reedus role and laments that he has a baby strapped to him. Rick, always looking for some way to improve his own abilities and up his cool factor, recommends eating the baby.

It’s all par for the course for the classic cartoon duo. This 30-second nod to the recently released game will appeal to fans of both Rick and Morty and Death Stranding, creating some crossover appeal.

Death Stranding players who have never seen Rick and Morty can find some joy int he observational humor about the game’s complicated plot. Rick and Morty fans will delight in seeing their favorite characters in a new setting and might be tempted to check out the game as a result.

In the beginning of the commercial, Rick even name drops legendary game designer Hideo Kojima, who brought this game to life.

“Alright look, Morty, Kojima just wants us to reconnect a fractured society and stop the Death Stranding…What are all these ghosts!?” Rick cries out, gesturing around him.

“Those are the Death Stranding, Rick!” Morty fires back, looking worried.

It’s not the first time that Rick and Morty have done a commercial spot for a brand. However, what’s great about the advertisements series creators Dan Harmon and Justin Roiland take on is that they all feature classic Rick and Morty humor.

A lot of eyes were trained on Death Stranding, as it marks Kojima’s first solo release since splitting with Capcom. The addition of Norman Reedus, arguably the most popular cast member from AMC’s smash hit zombie series The Walking Dead, brought a lot of additional attention to the project from outside the gaming world.

Death Stranding released on the PlayStation 4 and PC on November 8, 2019, and has been met with mostly positive reviews.