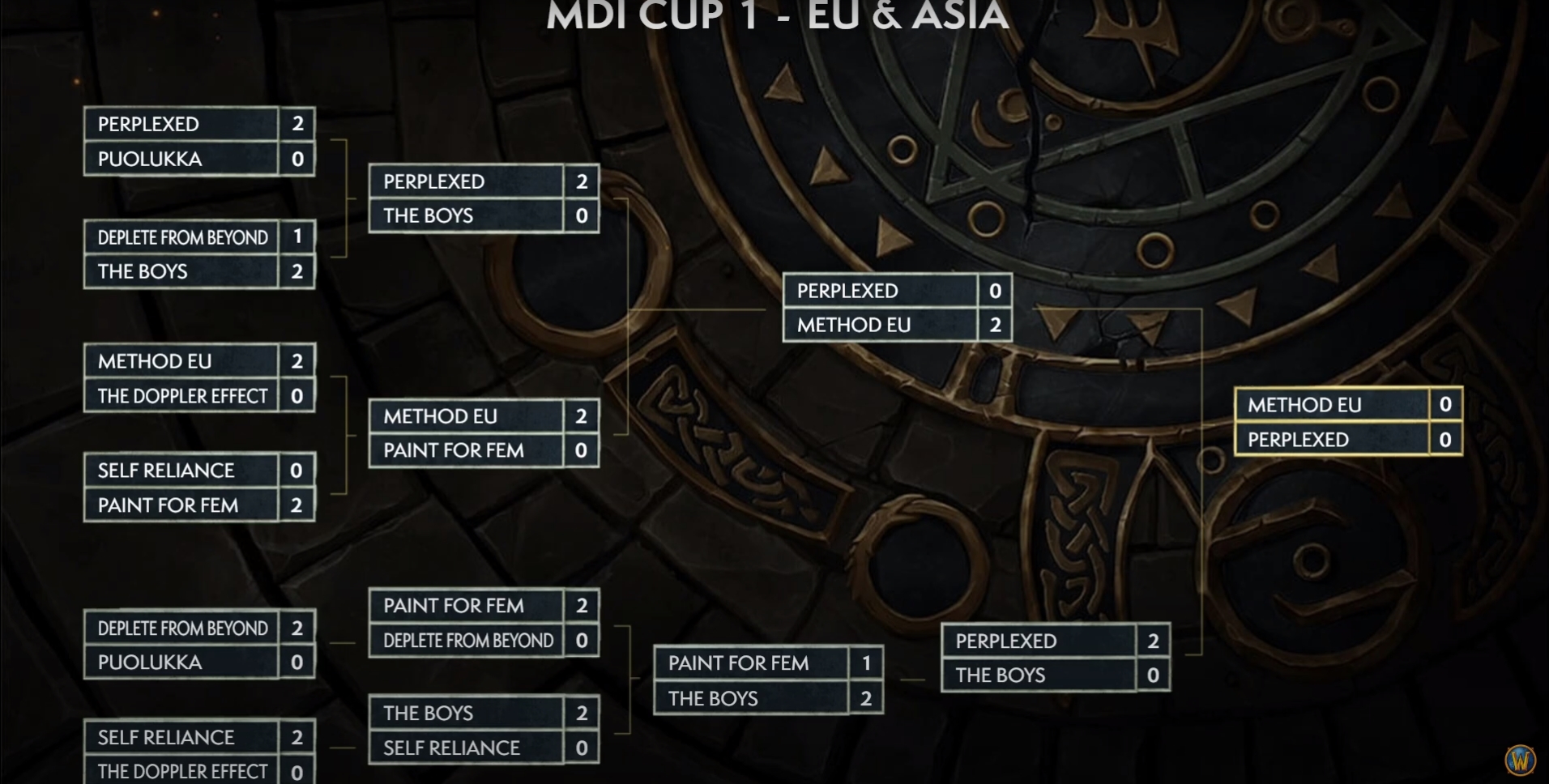 The esports world has been flourishing a good bit despite the massive setbacks that the COVID-19 pandemic has brought on. While most broadcasts are from home, this hasn’t provided a massive disruption, as the more than 20,000 fans watching the live stream of World of Warcraft‘s Mythic Dungeon Invitation EU & Asia Cup 1 can attest to.

But the first cup has just finished up, and we have a winner of the grand final. With the grand final being settled between Perplexed and Method EU, one team was destined to reign supreme.

And in a clean 2-0 sweep in a best-of-three, Method EU has claimed victory! With their win, Method EU claims the first cup of the 2020 MDI season.

This cup was full of some incredible competition and nerve-wracking moments. Twelve fantastic teams turned up for their chance to claim victory, and while many would’ve said that Method EU were favorites from the start, that doesn’t mean it was a guarantee.

Of course, the champions made it look easy. Method EU didn’t drop a single dungeon, defeating The Doppler Effect, Paint for Fem, Perplexed, and then Perplexed again in clean 2-0 sweeps.

We're turning up the heat with +20 Keys! ⌛️@Method EU vs Perplexed: Who will come out on top? pic.twitter.com/yI8xdbAelB

The final dungeon ended up being a close match on Freehold, where it looked like it would be going to a third match for a game-point tiebreaker. Method EU was making great time, but Perplexed was just a bit ahead as they fought down the final boss. Unfortunately, the Awakened affix procced at just the wrong time, causing a full-team wipe on Perplexed’s end which allowed Method EU to clean up the dungeon at a leisurely pace.

With the first cup of the MDI done and the champion crowned, we have a great amount of action on the way with the other legs of the tournament. This EU & Asia cup was the first stop, with the Americas Cup 1 now on the way, streaming next week on April 18th-19th. Afterwards, we’ll be alternating each week between EU/Asia and Americas with the second and third cup, with the final matches being the Americas Cup 3 on May 16th-17th.

Trios Gets Added Back To Call Of Duty: Warzone Following Season 3 Update Backlash