‘The Four Heads’ Are Once Again Confirmed As The Overwatch World Cup Desk, Despite Last Years Showing Of Absurdity 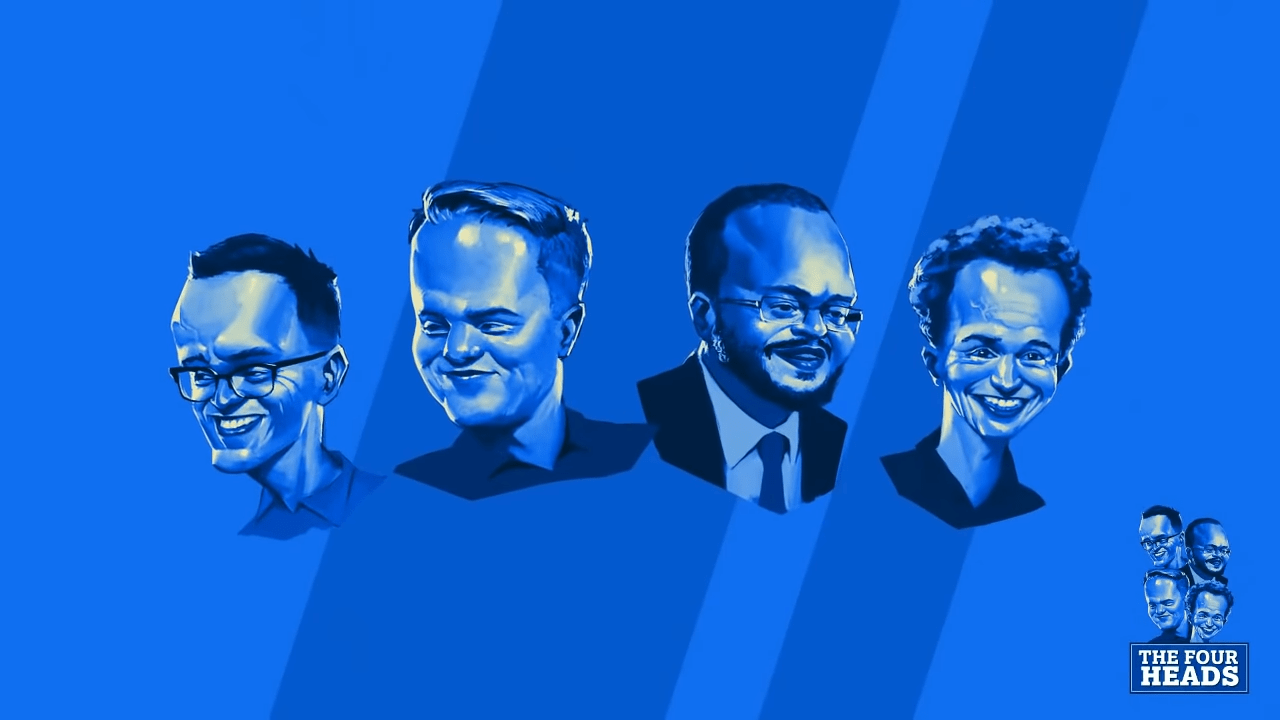 Have you ever watched an adult chug maple syrup from a bottle to the cheering of an international audience?  Most likely not; you’re normal, and you don’t seek such absurd entertainment for leisure.  Last year however, hundreds of thousands of fans watching the Overwatch World Cup were…witnesses to such an event, as Josh ‘Sideshow’ Wilkinson downed a maple-leaf shaped bottle of syrup live on Twitch.  Also included in the antics was Mitch ‘UberShouts’ Leslie having everyone take turns smelling his shoe, Brennon ‘Bren’ Hook wearing five layers of t-shirts to rip through methodically, Alex ‘Goldenboy’ Mendez desperately trying to keep his job, and Jonathan ‘Reinforce’ Larsson hiding his face in shame.

It was like Blizzard just gave the keys to a souped-up Porsche to prepubescent teenagers and told them to go hog wild, and it was arguably the greatest entertainment ever seen in recorded history.  The actual Overwatch World Cup action was acting as filler between the segments filled with wild antics, moronic takes, and shaming ‘Reinforce’ for his tank play with the Swedish team.

🚨HUGE ANNOUNCEMENT🚨#TheFourHeads are coming to BlizzCon!

Join @Reinforce @SideshowGaming @BrenCasts and myself for nonstop shenanigans on the desk.

See you this weekend 👍🏽 pic.twitter.com/yu75Ik1Q87

So Blizzard is giving them the keys yet again for this year’s Blizzcon Overwatch World Cup.

‘The Four Heads’, as they’re colloquially known for their surprisingly high hairlines are mostly ingrained in the Overwatch League seasons; both Josh Wilkinson and Brennon Hook are desk analysts that alternate between surprisingly in-depth looks at current tactics teams are deploying, and horribly funny segments where they add variety to the show.  Brennon Hook is most known in the Overwatch League for hyping himself up as he challenges active professional players on stage, and then failing to deliver even partially.

Alex Mendez is the international hype-man, the unnatural phenomenon, that has worked with a variety of games and conventions over the years, yet continues to come back to Overwatch for large events to help host and hype.

Yet these four individuals do far more than simply exist on a stage when Overwatch needs an injection of personality; they’ve been working tirelessly on their own time, putting together multiple segments of their own.  ‘The Four Heads’ podcast, where they discuss everything from games to science, is hosted weekly and found on iTunes, Spotify, YouTube, and Twitch.  They’ve recently begun a ‘Castles and Casters’ segment that highlights different casters with the occasional professional Overwatch player all participating in Dungeons & Dragons, with a dedicated dungeon master.

If last year’s Overwatch World Cup desk segment is anything to go off of, this weekends Blizzcon will be worth watching just to enjoy the flames.