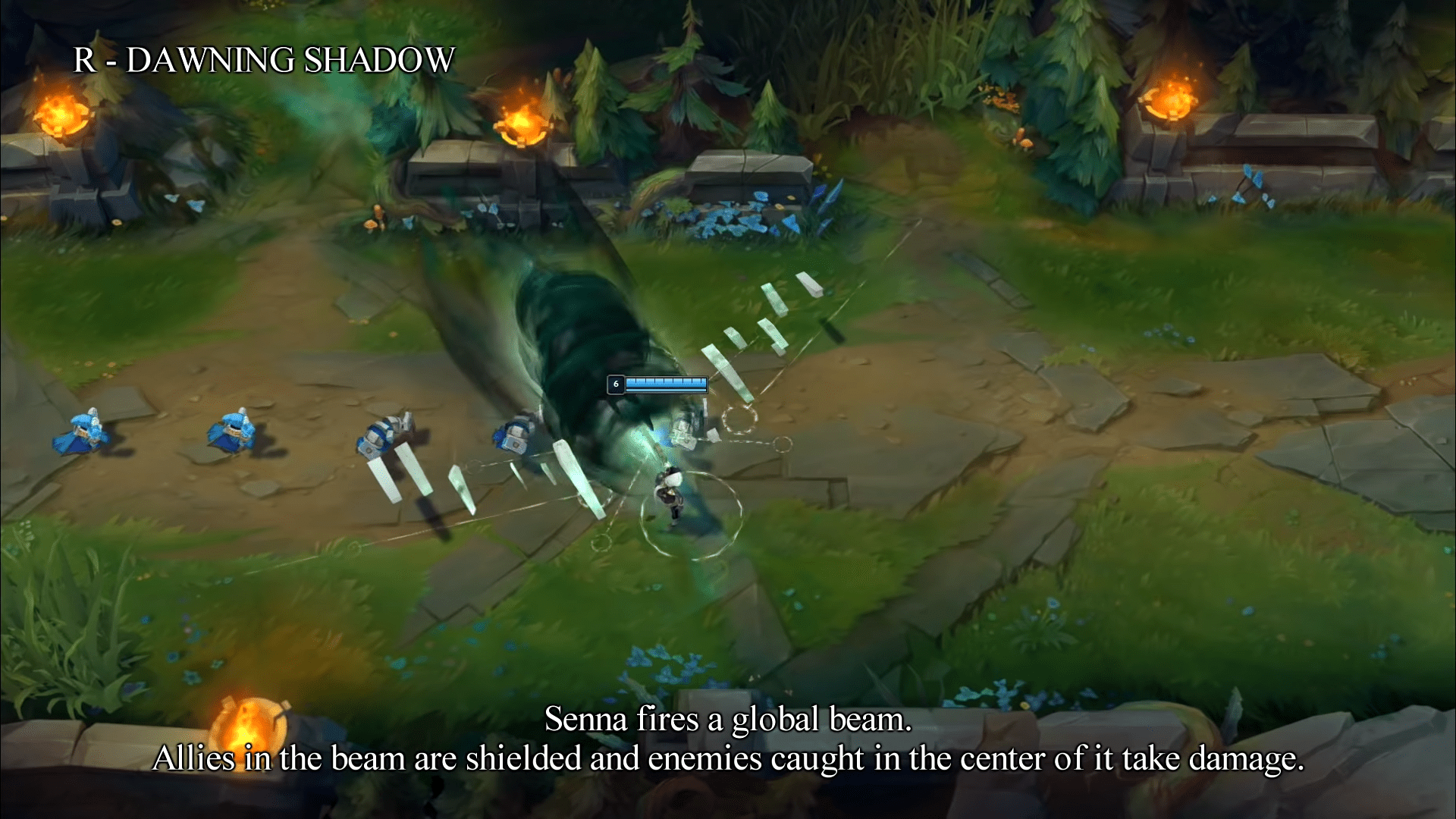 The abilities for the new champion in League of Legends have been leaked today, ahead of the official release.

The developer, Riot Games, said before that the goal is to make her a support attack damage carry, the first of her type. While her base stats would allow her to excel at the attack damage carry role as well, the primary focus is the support role.

With the abilities leaked today, the community can finally see what she will be capable of. She has plenty of abilities to assist her allies or destroy her enemies with a single hit. The ability names are not official and might be subject to change.

Passive: Absolution – Senna’s weapon is slow to fire, but deals bonus damage on hits. She can power the passive up by attacking targets tagged by her mist (W). She can increase the attack range, attack damage, and critical chance based on the fog absorbed. If there’s no cap, she will become the support Nasus/Veigar with endless stacking.

Q: Piercing Darkness – a nod to Lucian’s Piercing Light (her husband by the League of Legends lore), fires a bolt that heals allies and damages foes, Senna can keep attacking to decrease the cooldown. It has to be targeted, and Senna can target both wards and towers to hit enemies behind them.

W: Last Embrace – line skill shot, which will mark the first enemy hit with a debuff called mist. While it synergizes with her passive by increasing it’s effect, after a few seconds, the champion affected with mist will be rooted alongside all nearby enemies.

E: Curse of the Black Mist – Senna dissolves herself in a cloud of mist, gaining movement speed and camouflaging herself and nearby allies (similar to Pyke). Teammates who emerge from the fog appear as unclickable wraiths to enemies until they attack or get close to them.

R: Dawing Shadow – Senna fires a global beam. Allies within the beam are shielded, and enemies are damaged.

The new champion looks interesting, but her E might be a problem. An educated guess based on her kit could be that she will be a balancing nightmare. All champions which were released with camouflage (Pyke) or reworked with camouflage/stealth (Akali) needed multiple nerfs to bring them to an acceptable level from pick/ban status both in pro play and solo que.

Only time will tell, though, stay tuned for more details in the upcoming days when Riot will officially reveal her kit and ratios.

'The Four Heads' Are Once Again Confirmed As The Overwatch World Cup Desk, Despite Last Years Showing Of Absurdity

We Are The Plague Offers Game Demo On Steam, Teasing It's Upcoming Fourth Quarter Release On Platform