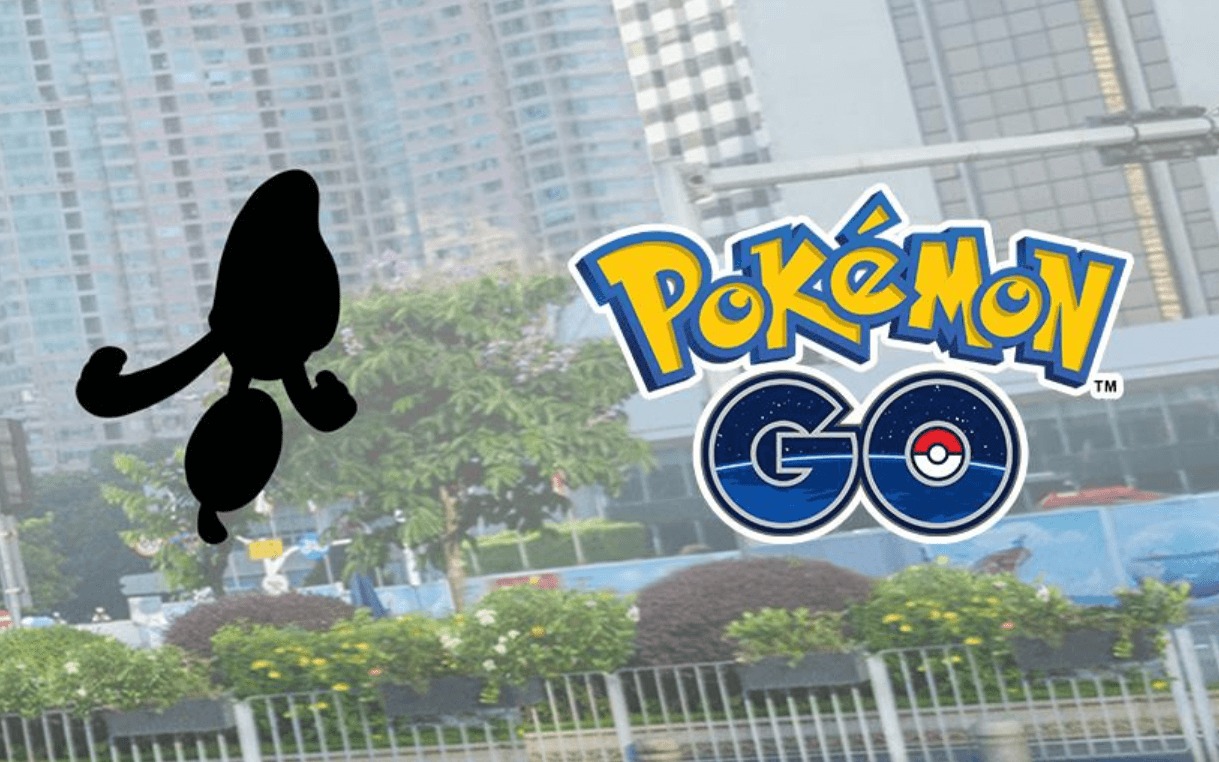 After this weekend’s Community Day Niantic begins rolling out the third and final wave of Ultra Bonuses for the game, this will include the first appearance of Gen 5 Pokemon for players to catch. On the official Pokemon Go Twitter feed, the developers have been teasing some new creatures for players to encounter.

The latest reveal is the silhouette of Yamask from Pokemon Black and White. The Pokedex entry for this Pokemon says that it carries around a mask of its face from when it was alive, and occasionally it will look at it and began to cry.

🕵 Reports show that each of these Pokémon carries a mask that used to be its face when it was human. Sometimes they look at it and cry… 🎭 pic.twitter.com/cod7xl1HA0

There is no official answer to how many Gen 5 Pokemon will arrive. This is the fourth teaser to be revealed leading up to the final Ultra Bonuses. There have been other announcements including reports of Snicy, Tepig, and Oshawott coming to the game.

Each Pokemon offers a unique addition to your team and can be easily collected within the game at an average spawn rate. Yamask is a ghost type Pokemon that will have a max CP of 982. It is reported by Pokemongohub.net to have 95 attacks, 141 defense, and 116 stamina.

🕵️ Reports show that this Pokémon is very intelligent and calm and can photosynthesize by bathing its tail in sunlight. pic.twitter.com/vk7pesV0DJ

Snivy will be on par with the other Grass-type Pokemon starters with a maxCP of 849. It will have 88 attack, 107 defense, and 128 stamina as well. Snivy is vulnerable to Fire, Bug, Flying, Ice, and Poison-type moves but it does get a good boost in Sunny weather. Keep an eye out for Vine Whip and Seed Bomb which are the best moves for this Pokemon.

🕵️ Reports show that this Pokémon can shoot fireballs from its nose. It also uses this ability to roast Berries before it eats them. 🐽🔥🔥🔥🔥🔥🔥🍓😋 pic.twitter.com/vqozIuR0dS

Tepig is the Fire-type starter from the Unova region. It comes with a max CP of 1083, 115 attack, 85 defense, and 163 stamina. Tepig is vulnerable to Ground, Rock, and Water-type moves but gets a boost in Sunny weather like Snivy. The best moves in its roster are Tackle and Flamethrower so make sure your Tepig has at least one of the two.

🕵️ Reports show that this Pokémon has a scalchop on its stomach to use in battle and to break open hard Berries. For those who don’t know, a scalchop is a shell-type weapon. pic.twitter.com/p7AcAaT4sS

Oshawott is the last of the three starters joining the game and has a max CP of 1046. It sports a 117 attack, 85 defense, and 146 stamina along with being one of the more well-rounded of the three. Oshawott is vulnerable to Electric and Grass-type moves. Oshawott is boosted by Rain weather which is in tune with its Water-type. Water Gun and Aqua Tail serve as Oshawott’s best moves for trainers.

In addition to these three Pokemon being added Klink and its Shiny form are both going to be appearing in Raid Battles. Shiny Patrat and Shiny Lilipup will both be available in the wild. Keep an eye out as Mewtwo is also returning to five-star Raids during the final week of Ultra Bonuses.