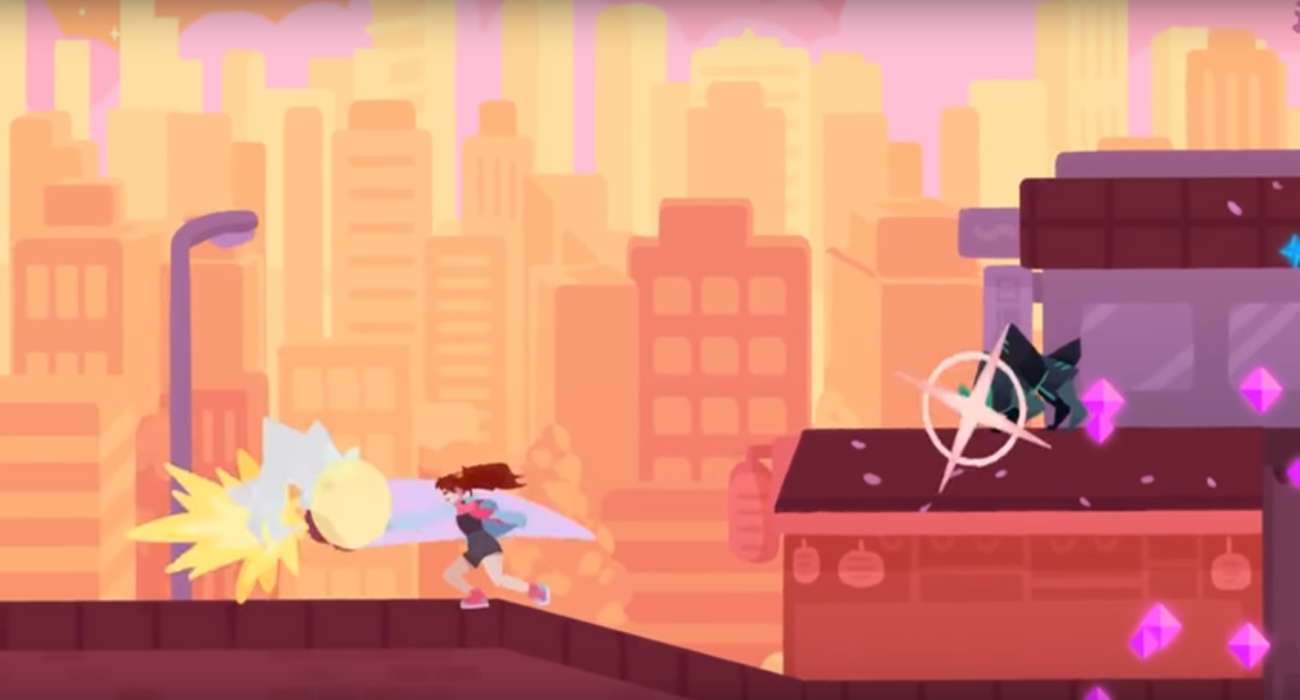 It’s a good time to be a fan of 2D games. It seems like these retro titles are starting to see a bit of a resurgence with, albeit, simple controls but fun action. That’s probably the best way to describe Vertex Pop’s Super Crush KO. Its 2D nature can best be described as cute and even adorable. It feels like you’ve just walked into a young girl’s bedroom, featuring tons and tons of pink.

Don’t let these cute visuals fool you, though. Super Crush KO is an intense and fast-paced brawler that will get your adrenaline going from the jump. It’s currently targeted to release next week on Steam. It has already received a ton of support from the community, which is a testament to its brilliant platforming and fighting action.

You take on the role of a young girl, who’s just had her innocent cat kidnapped by evil robots. You’ll fight to get your beloved pet back, as well as save humanity from robot apocalypse. If that story line doesn’t draw you in, maybe the combat will.

Moving from enemy to enemy is a seamless experience that’s further highlighted by the array of attacks you can unleash. You can land powerful ground punches, blast through enemies like one of your favorite Dragon Ball Z characters and even soar through the air like a super hero. The developers wanted to give gamers the chance to experience non-stop action from start to finish. Based on trailers, they have achieved great success in that regard.

There’s just something so memorable about seeing this innocent looking girl decked out in neon juxtaposed with her brutal fighting capabilities. You wouldn’t assume she would have such power thanks to her unassuming nature and outfits. Make no mistake: She’s a force to be reckoned with.

As you smash your way through the waves and waves of robots, you’ll be able to keep score. Combinations score more and so do power ups like the Super Beam. The game also supports online play, which is perfect if you’re looking to climb the leaderboards to show off your skills in the combat department.

The way the environments have been designed also stand out. They give Super Crush KO its own flare that immediately helps this game stand out amongst so many others in this space. If you’re up for some standout action, visuals, and story, then be sure to mark January 16 on your calendar.

The Groups for the First AusCraft Tournament Have Finally Been Announced