The Coronavirus Outbreak Has People Flocking To Plague Inc., More Than Tripling Its Concurrent Player Record

According to the latest estimates, the coronavirus has infected more than 500 people and killed at least 17. It’s a scary thing, no doubt, and it has gamers revisiting Plague Inc., presumably to learn about how viruses spread.

This isn’t a new phenomenon. According to Ndemic Creations, the developer behind Plague Inc., they see a spike in gameplay every time a disease breaks out in the real world. This time, the concurrent player count surged to 15,823. This was yesterday at around 6 am PST. The record before that, set in April of 2018, was 4,601.

Ndemic Creations released a statement about the matter, which they had to do through Twitter, given that their website (and servers) had crashed due to the number of players playing multiplayer and custom scenarios.

Our website is currently offline due to very high player numbers. I'm copying our statement on the coronavirus outbreak here so people can still see it.https://t.co/pA6CUS7nJI pic.twitter.com/StXP6aemDe

“However, please remember that Plague Inc. is a game, not a scientific model and that the Coronavirus is a very real situation which is impacting a huge number of people. We would always recommend that players get their information directly from local and global health authorities.”

This is a commendable move on the part of Ndemic Creations, who could easily just sit back and reap the benefits of the current situation. Clearly, they see what their player base is doing and want to make sure that everyone is properly informed about the coronavirus and the current outbreak.

And no, Plague Inc. is not a scientific model, but it’s easy to understand why players would turn to it in a time like this. Whether it’s out of fear and not knowing what else to do, or just plain curiosity, it at least gives an idea of how a virus like this can spread. It cannot be overstated that anyone seeking information on the coronavirus needs to consult an authority, but as a very, very (very) general overview, the game can provide some insight.

Plague Inc. was originally released for iOS and Android in 2012, and then Windows Phone in 2015, before being remade for PC and consoles as Plague Inc: Evolved. The game tasks players with evolving a pathogen and trying to destroy the world with a plague. Several different pathogen types are available, such as virus, fungus, parasite, and more, while players can also use fictional plagues, like a mind-controlling worm, a zombie virus called the Necroa Virus, a Shadow Plague that turns victims into vampires, and even the Simian Flu, which was added as a tie-in with Rise of the Planet of the Apes. 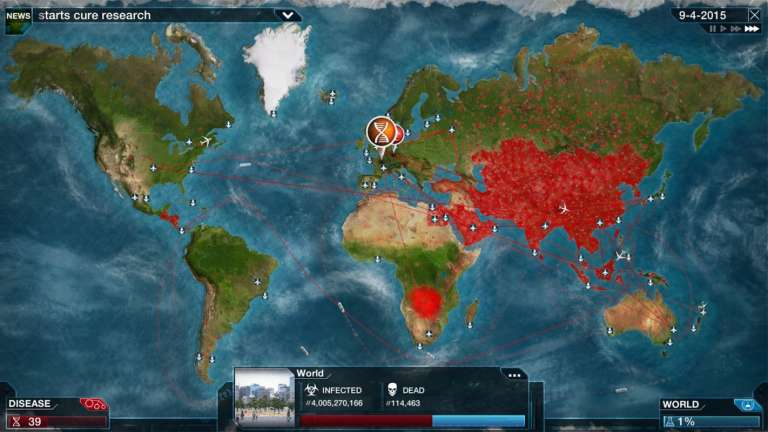 Mar 30, 2020 Lisa Nguyen 2480
Many players are now at home working on completing their current backlog of games or enjoying new releases due to the COVID-19 pandemic. Steam is... 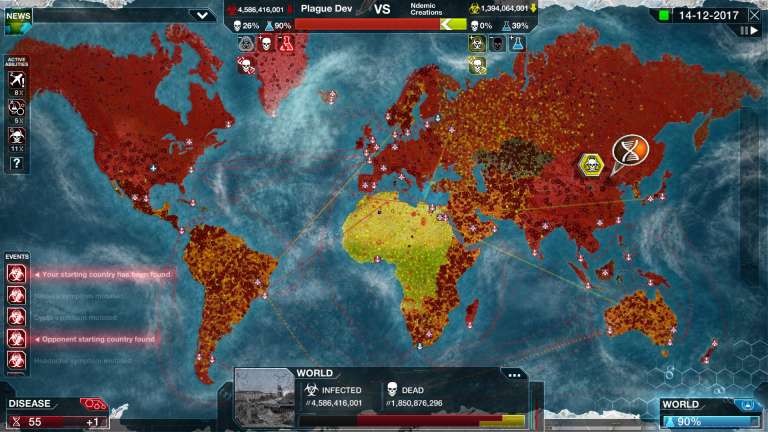 Mar 26, 2020 Seen Donovan 7840
If it seems as if all news has become centered around the Coronavirus pandemic, that is because it actually has. And the wild, wild realm of video...

Mar 23, 2020 Chris Miller 2990
Ndemic Creations have found themselves somehow stuck between politicians and nations with the recent COVID-19 outbreak, in a bizarre turn of events...