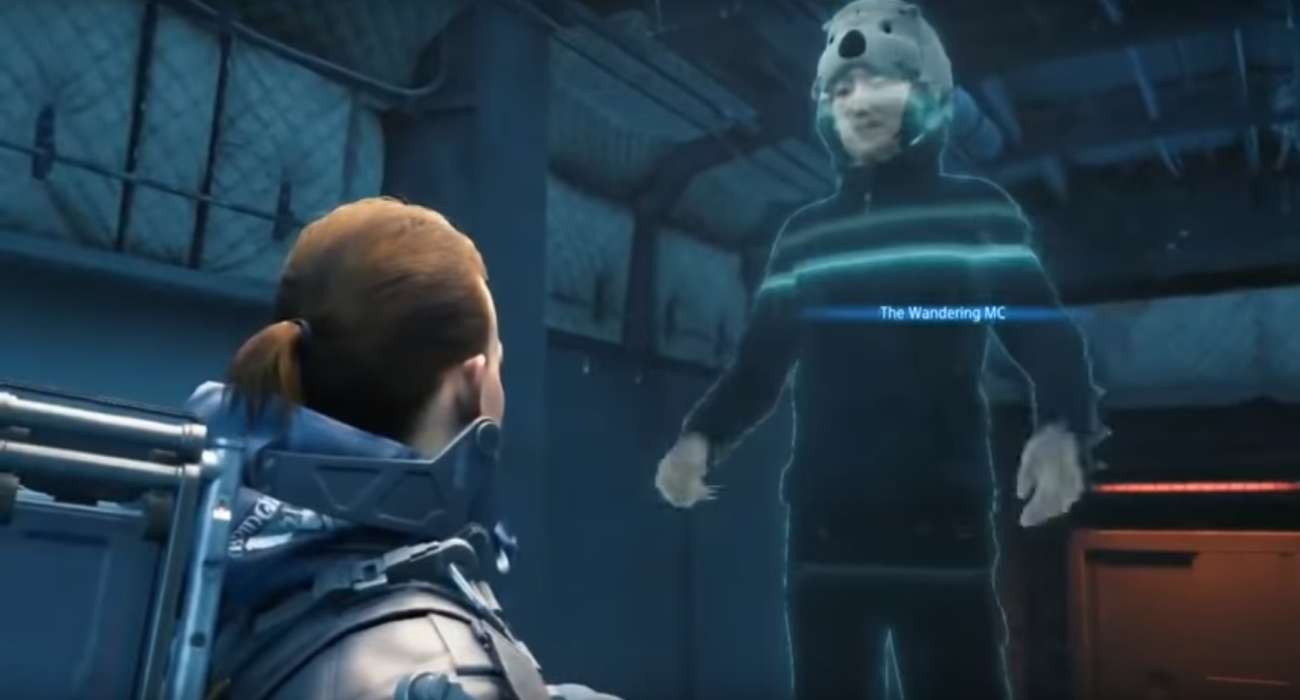 When you think of games really going outside the conventional lines of development, Death Stranding is near the top of that list. It’s a game that has so many interesting elements in it. From Normand Reedus being featured as the main protagonist to the small baby strapped to his waist, it’s clear that the developer Kojima Productions is dialing the strangeness factor up to an eleven.

Adding to the bizarre yet fascinating nature of Death Stranding is an appearance by Conan O’Brien. That’s right; this comedian/talk show host is in the game and plays quite an important role for Reedus’ character, Sam. Hideo Kojima teased Conan’s appearance on Twitter.

We see Conan appear in holographic form, and if that wasn’t strange enough, he has an otter hat on top of his head. Only in a game like Death Stranding does this make sense. Conan goes on to explain that the otter hat can be used to help Sam float down river like an actual otter. It shows him in action doing just that, and it sure does look like a bizarre sequence.

Conan then goes on to lay a few comedic lines down, which definitely give the game a lot of humor. That seems to be a small portion of the elements Kojima and his team are going for in this upcoming action-adventure game.

To celebrate his inclusion, Conan took time out of his busy schedule to visit Kojima Productions in person. He makes a few jokes and then it shows the process of getting Conan’s character model created.

If you’re not excited about Death Stranding after this sort of random celebrity inclusion, then you better check your pulse. It’s clear Hideo wants to make this game stand out right out of the gate. It certainly checks off all of those boxes. This tactic could be exactly what the game needs to draw users in, even those who’re not really a fan of this genre.

Even if you’ve never played an action-adventure game, the unique allure of Death Stranding is hard to ignore. You simply want to explore the interesting environments as Sam, seeing what sort of NPCs and creatures you can run into.

The game is currently set to come out November 8 as a PlayStation 4 exclusive. That’s certainly a date worth marking off on your calendar if you’re looking to experience all of this game’s strange elements firsthand. It could be a game for the ages.

Escape From Tarkov Is Pleased To Announce Their Most Recent Update: Patch 0.12.0.4785