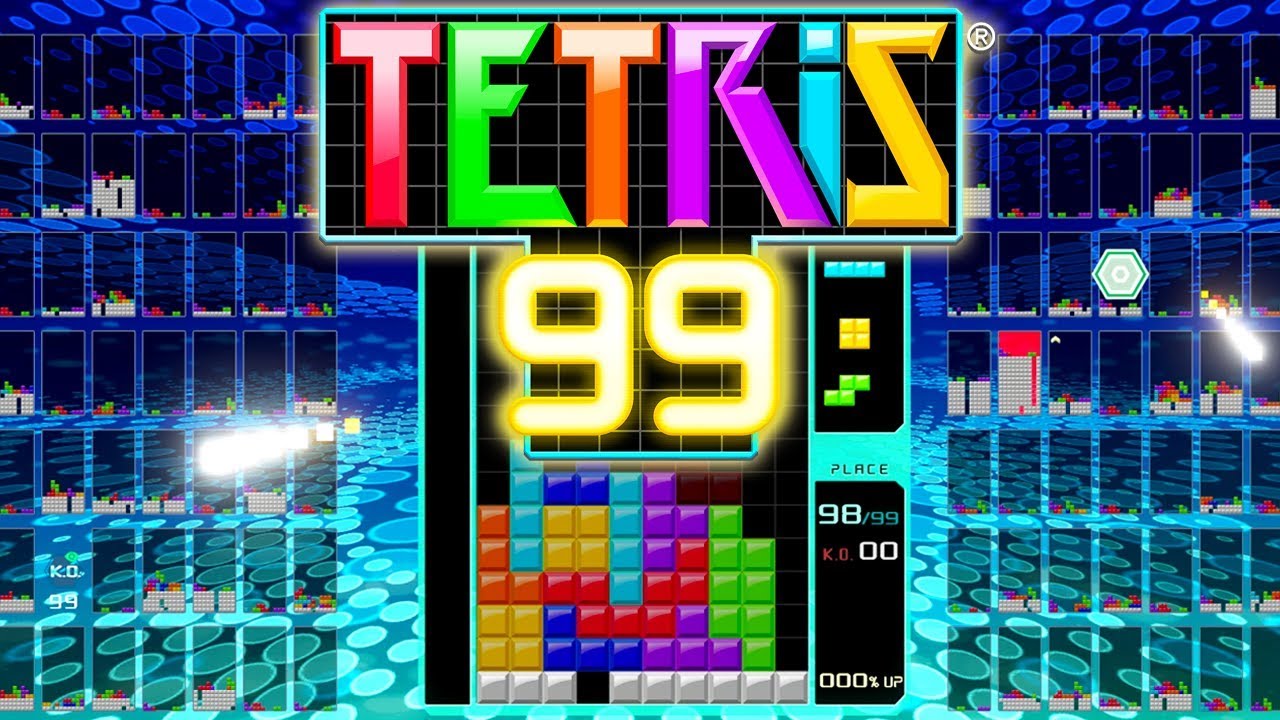 The game was initially released for free on Nintendo Switch as a surprise battle royale Tetris game. You and 98 other players battle for supremacy as you fight over Tetris. The game has now reached devlopment for both iOS and Android.  This announcement was made relatively recently due to the rising popularity of the game on the Switch.

Tetris 99 was announced in February 2019’s Nintendo Direct stream. It was promised to be free to play for Nintendo Switch Online subscribers and sold an additional paid DLC package that brought offline modes, mainly CPU battles, and Marathon, for USD 10.

Although many say that Tetris 99 is not a real battle royale, it still has the drive for a victory that other games do. There is a primal understanding of why players like battle royale type games and with the already competitive world that Tetris resides in it is no wonder that it works well in the genre.

As the game progresses, players will build trash on your board slowly cluttering up the field. You, of course, are flooding other players fields and so on. It runs like a traditional battle royale style with the last one standing the victor. The game has had official tournaments in the past with Nintendo Gold points as the grand prize.

The game was generally well received by critics as it was a barebone Tetris game with a competitive feel. Many of them described the game as odd and lightweight, although the tension does get real as players continue to drop. The strategy is evolved on a competitive front as players have to make quick decisions under pressure. It is a nerve-wracking experience, and many say the game alone justifies its $20 price tag.

The battle royale fandom grew immensely during its original conceptions, and most of the major companies were trying to plan their additions to the genre. Most track its founding back in Minecraft, but all are surprised at how far it has come. When PUBG and Fortnite launched their mobile options, profits rose across the board as peoples favorite battle royales were available anywhere.

Creating an Andoird and iOS build for Tetris 99 is a smart move on the developers part as it will widen the audience, and no doubt grows a more dedicated following. To take a break from the trials of the day and sit back to dominate others in Tetris would be a great addition to any mobile game choices.