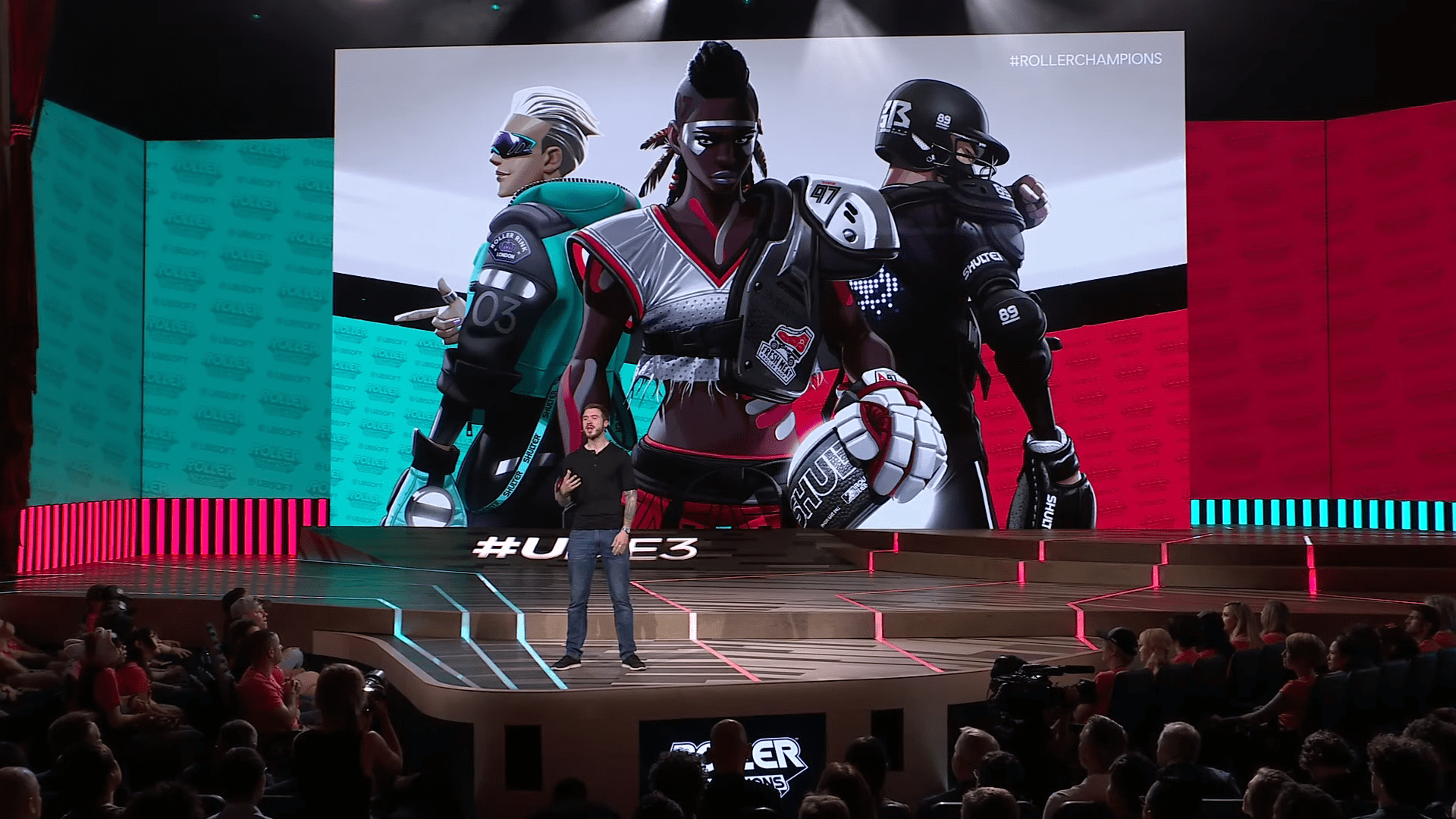 This year’s 2019 Electronic Entertainment Expo has introduced a lot of things to get excited for, and Ubisoft wasn’t shy about sharing several new additions to their existing list of games.

In that line-up, they showed off Roller Champions, an all-new skating game where teams compete in 3v3 match-ups to race around a track, earn points and lap their way to a win.

While the game is slated to release sometime in the early months of 2020, Ubisoft released a demo version during their E3 conference so that players can test out their skating skills ahead of time.

From June 10th to June 14th, players can try Roller Champions by creating or logging into a Ubisoft account and clicking the ‘Play the Demo’ option on the official game page. From there, the demo will be added to the player’s Uplay library where it can easily be downloaded.

Based on the official trailer for Roller Champions, the gameplay is meant to be fast-paced encompassed by an animated, high-energy environment, and one of the developers confirmed this at the event.

During the E3 presentation, Product Manager for Ubisoft Montreal, Stephane Drapeau, shared, “From the get-go, our ambitions with this game were very clear. We wanted to create something new. We wanted to capture the intangible excitement of players preparing for the big game – the hype of team play and competition, along with the craziness of high-speed racing.”

Roller Champions hosts a unique playstyle, which viewers got to experience firsthand. During the E3 conference, a full match was showcased for everyone to see. The gameplay, which was a little over nine minutes long, kicked off with announcers hyping players up accompanied by a cheering crowd. Skaters hit the track with trails of light following their characters – blue and orange for each respective team.

Players weave around each other as they navigate the arena, passing and stealing a ball from one another to score in hoops on either side of the track. This combines the concept of basketball with skating and throws it into that exciting, competitive scene that Ubisoft talked about.

By allowing players to try out the game right now and give their feedback, there’s no doubt that there will be a lot of anticipation for the game’s eventual release in 2020.

Therefore, people who are eager to try out Roller Champions ahead of its time should take advantage of the demo version while it lasts.

May 4, 2020 Kenny Kimberly 2800
As the COVID-19 pandemic continues to rage across North America, we've seen virtually every in-person event and conference move to an online format -...

Apr 1, 2020 Kenny Kimberly 2500
The COVID-19 pandemic has had an incredible impact on the gaming industry. With dozens of esports events canceled, multiple conferences moved online,...