TemTem Clearly Borrows From Pokémon—And Intends To Pay Back In Full, And With Interest 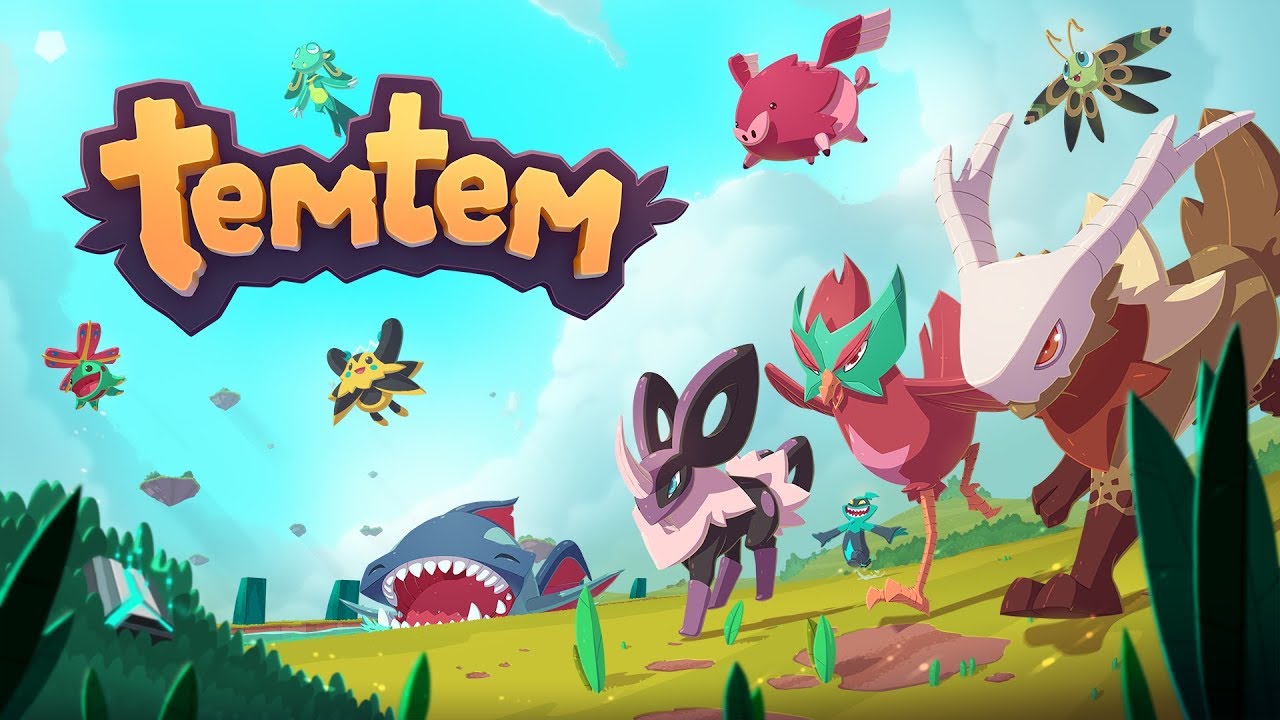 Originality is dying. That’s not a bad thing, despite how that sounds. So much of so many things have been done that it’s easy to point out the similarities in them and what came before. Archer and Pacific Heat, Minecraft and Terraria, Paladins and Overwatch.

And sometimes, in bids for securing the coveted ‘gold crown’ of truly original, developers will try too hard to be groundbreaking and innovative and end up with a slapdash mess that could’ve become something great if they’d just stuck to their guns.

Crema might be following in Game Freak’s shadow with their new game Temtem joining the ‘mon catching’ genre, but they’ve got one foot in the door, and the other gradually inching out of that shadow.

The people behind Temtem already stated in their trailer that the game is taking inspiration from Pokémon. They’re not shy about it, and their transparency is serving them well.

Crema, a Spain-operated game development studio, has been making games for almost six years, and it seems like Temtem is going to be just the thing to get them to break out in the best way.

Development for the game began in August 2017, with the Kickstarter going live on June 2018, where it reached its goal (and beyond) in roughly 48 hours.

It eventually closed with 11,716 backers, with 573,939$ raised, well over their baseline and projections. This is an especially good thing, as it means every stretch goal they had set out is now attainable, all detailed on their kickstarter page.

Temtem follows a formula much like Pokémon; a young child dreams of becoming a Temtem trainer, navigating the Airborne Archipelago’s six islands, battling, catching, forging friendships, and becoming the strongest while on epic adventure to beat the eight Dojo Leaders. 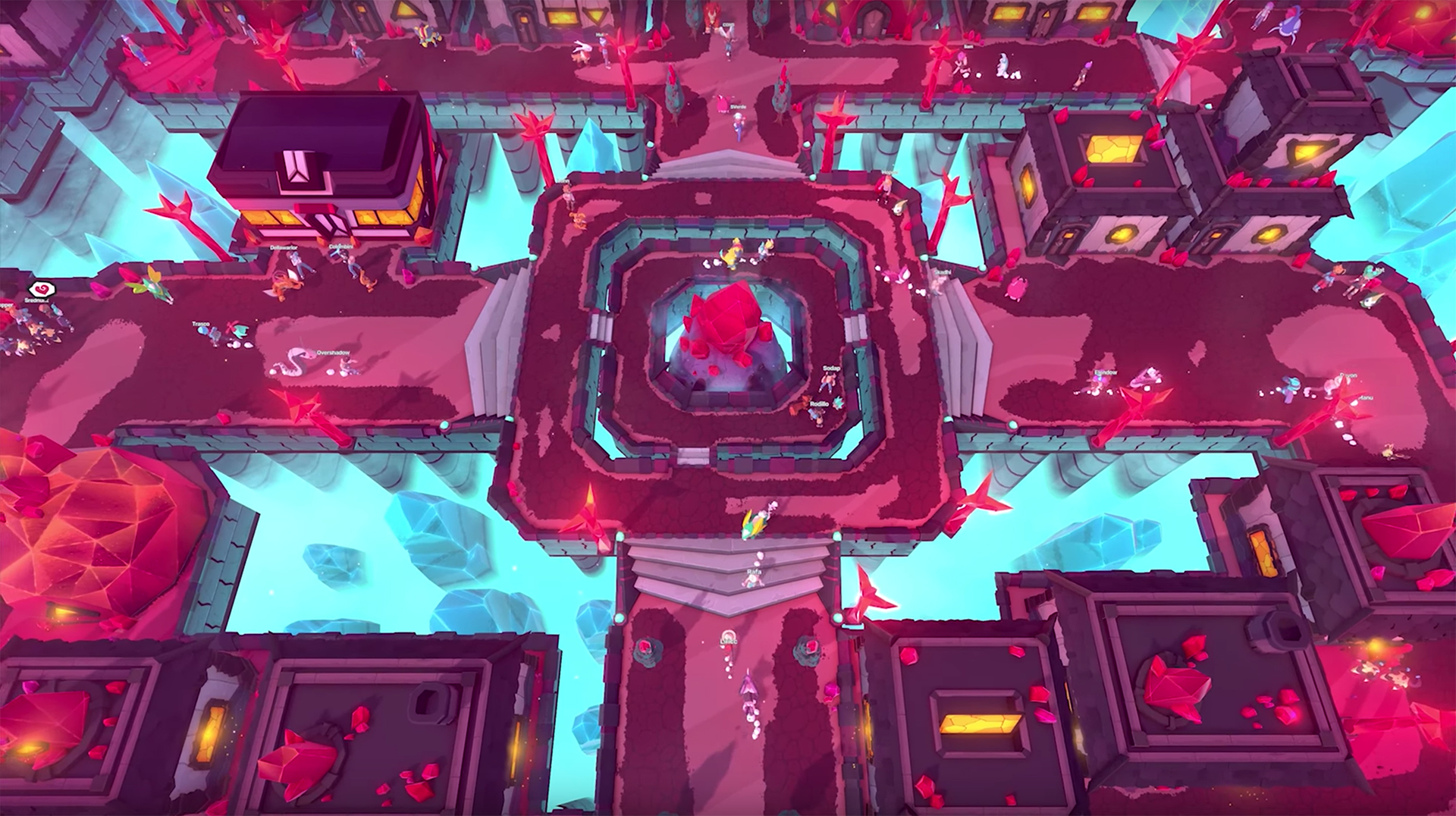 But there’s trouble in paradise, as the evil Clan Belsoto wants to rule over the entire archipelago, and like Pokémon, somehow a child is the most equipped for taking down a criminal organization.

Like Pokémon before it, there’s types, moves, strengths and weaknesses between Temtem, making it a deeply expansive rock-scissors-paper match.

Familiar stats, like HP, attack, defense, and speed make their appearance in Temtem, but a new one, stamina, adds an interesting layer of play. Each move execution takes stamina, and using one when your Temtem’s stamina bar is depleted causes self-inflicted damage. You’ll need to let your Temtem rest and recover technique points (TP) before it can get back into the fray. 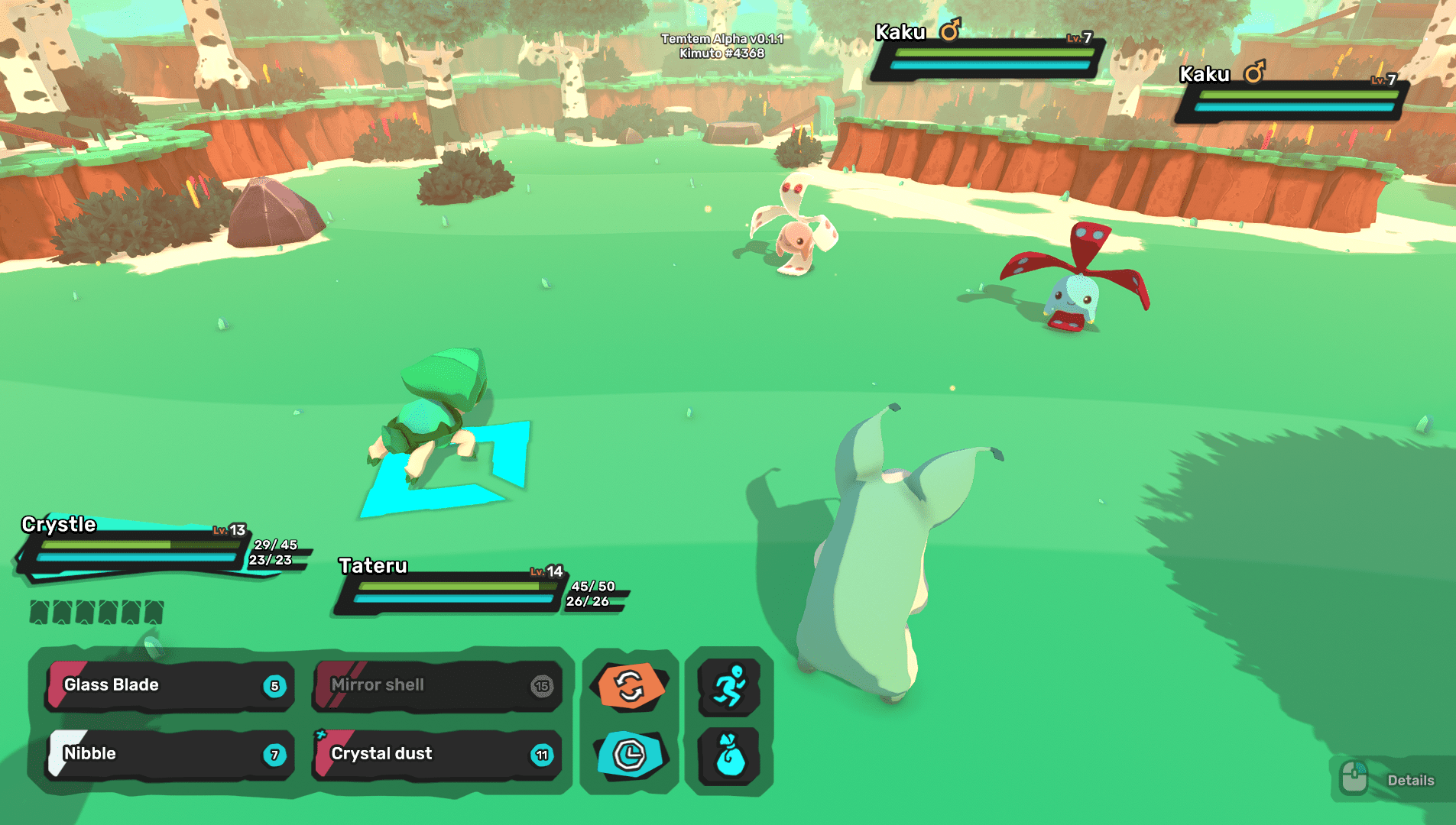 Combat is also markedly different; most battles occur in 2v2 (although Crema has stated there will be 1v1 matches with other players and the occasional 2v1 against untamed Temtem), meaning players will have to think hard about who to target and what moves to use to best optimize the battle in their favor.

Something that also sets it apart from Pokemon is the complete and total removes of random elements. According to Crema, “…the combat is 100% skill and strategy based.” So if there’s an Ice Beam equivalent in-game, there’s no need to hold your breath in anticipation of a freeze.

Two other big draws for the game are the massively multiplayer aspect, which sees interaction with all players across the land as you conduct your own adventure, and probably the biggest of all: the campaign, which is fully fleshed out, is entirely able to be done in co-op.

From start to finish, you’re able to join up with another player to tame and battle Temtem, and explore the archipelago to your hearts’ content.

There’s no other way to say it, Temtem is taking a lot of pages from the Pokémon book.

And while Game Freak has decades of games under their belt and the capital to essentially do whatever they want, Crema has a few things they don’t, namely heart. The love and care they’ve put into this game shines from the first second of play, down to the music, the scenery, giving it charm and presence that more than allows it to stand on its own two feet.

Their interaction with their ever-growing fanbase and desire for feedback has definitely helped their cause, and their clear and defined roadmap, along with add-ons and other goodies, offers a degree of insight for any who might want to give the game their play.

Temtem will also support cross-platform play between Switch, Xbox One, and PC, but PlayStation 4 is being left out of the link, likely due to Sony’s own policy regarding the matter. Temtem’s early release drops September 2019, with a full release in May 2020.

There’s no telling how things will go until the game arrives in full, but until that time, stay and play savvy, gamers.

Dec 8, 2020 Jeremy Green 4260
The PlayStation 5 has now been out for several weeks. For those that have been lucky enough to find the system at a decent price, they have been...

Aug 7, 2020 Harry Alston 19140
Temtem has been available on Steam in Early Access since January this year. It was announced this week that the game will make its way to consoles in...

May 30, 2020 Chris Miller 6920
Temtem showed up looking ready to smite the aging Pokemon franchise into the ground as GameFreak seemed to continue to struggle with iterations and...