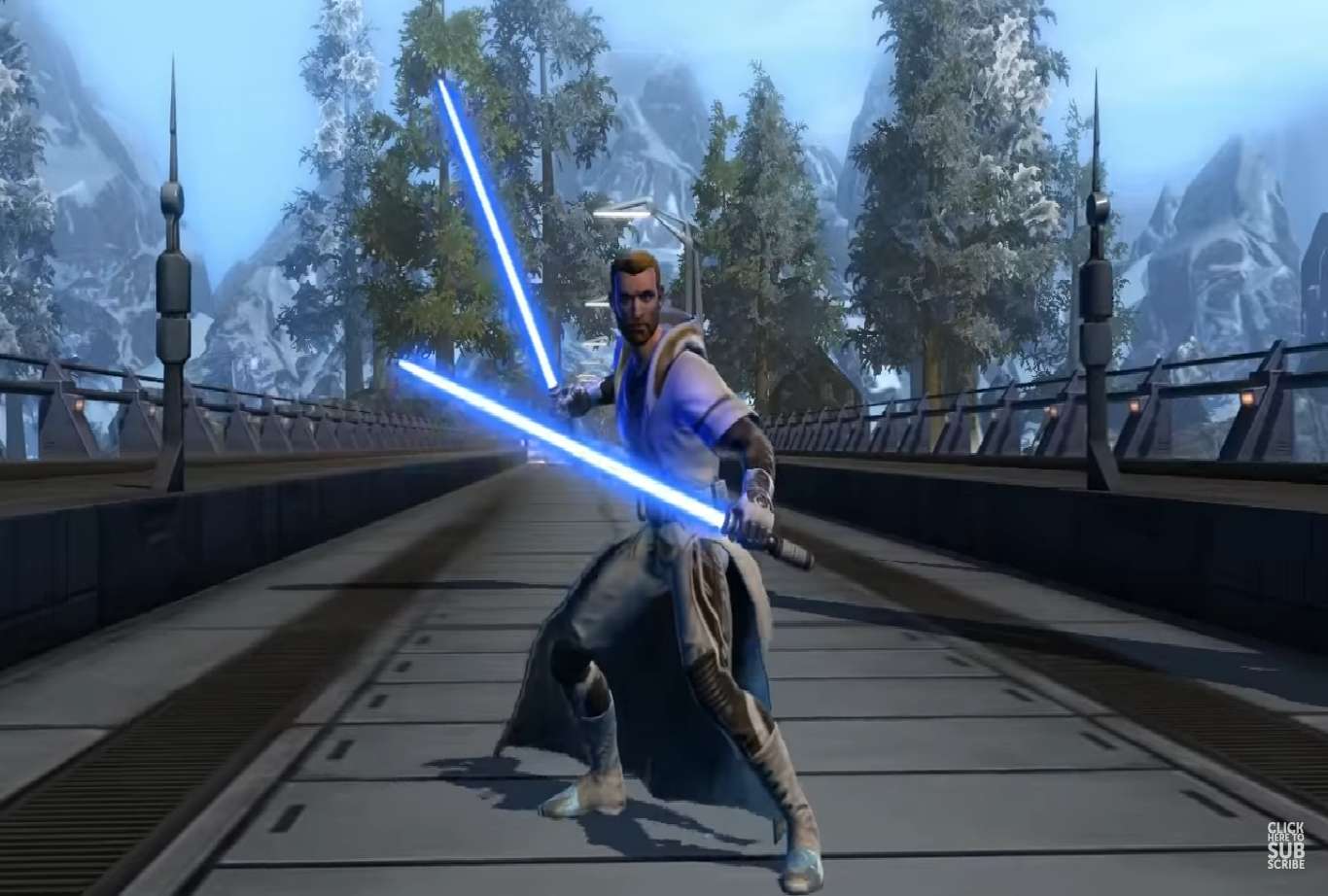 The Sentinel and Marauder classes are two of the four pure DPS classes, though these two are the melee ones. As such, they have unique abilities to give them an edge in both PVP and PVE content and require special tacticals to make them even more devastating in battle.

The first Sentinel and Marauder Tactical item is the Defel Spliced Genes. Named after the species from the planet Af’El, this tactical makes it so activating Transcendence/Predation finishes the cooldown of Force Camouflage. This tactical is gained from Daily reward crates and their respective Weekly Missions as well, though it is gained via random drops.

The Undying Cloak tactical makes it so taking damage while Rebuke/Cloak of Pain is active reduces the cooldown of Guarded by the Force by 5 seconds per hit. This effect, however, cannot occur more than once every 2 seconds.  And this is the first Sentinel/Marauder tactical that is has to be crafted. This Tactical is crafted from the Cybertech ability.

The next Tacticals are tied to specific Disciplines. For the Combat/Carnage discipline, we have Andeddu’s Malevolence. Named after the Sith Lord Darth Andeddu, this Tactical makes it so Precision/Ferocity is always active. However, it only grants a 50% armor penetration. This tactical is gained randomly from defeating Operation bosses.

The Fanged God Form Tactical makes using Blade Rush/Massacre add Hyper stacks to the player, increasing the critical chance by 10% and reducing the cost of the next Blade Rush/Massacre by 1 focus per stack. This will stack 3 times and lasts 10 seconds or until an ability other than Blade Rush is used. This Tactical is gained randomly from Flashpoint bosses.

The Prosecution Tactical has Clashing Blast/Devastating Blast is now affected by Force Clarity, and is gained from Daily and Weekly reward crates. The Tome of Unyielding Blades tactical has Force Sweep/Smash cause the next Blade Rush to do damage to up to 8 enemies near the primary target and is gained from Flashpoint bosses.

The next discipline-specific Tacticals are for the Watchman and Annihilation disciplines. And the first one is Malmourral Mask, which makes it so that, when Merciless Slash/Annihilate deals damage to an enemy affected by Force Melt, it triggers a burst of damage to up to 8 targets around them. This tactical is gained by defeating Flashpoint bosses.

The Spiteful Saber Tactical has Slash/Vicious Slash, Dispatch/Vicious Throw, and Twin Saber Throw/Dual Saber Throw refresh the duration of Cauterize Rupture’s burn effect and ticks its damage. This Tactical drops from Daily and Weekly reward crates. The Thirsty Blade Tactical has Blade Barrage/Ravage deal 5% more damage for each burn stacked on the target, up to 25%, and is gained from Flashpoint bosses.

The Force Barter Tactical makes it so Concentrated Slice/Furious Strike refunds one additional focus after it hits but refunds all its focus if the player has fallen to zero focus. This tactical is gained from Flashpoint bosses. And finally, the Perseverance Tactical has using Zealous Leap/Obliterate with Force Clarity/Furious Power causes it to critically hit. And this Tactical is gained from Daily and Weekly mission crates.

As players continue to experiment with these new Tacticals, the fanbase is waiting to see how the PVP and PVE landscape will be affected in the near future.