During a live stream in October, Suda 51 and Swery 65 had a brainstorming session for a new game. They had several plans for a horror title, but fans were unsure if those plans would happen.

There hasn’t been much news regarding Hotel Barcelona until earlier this year.

During the live stream, they mentioned that they were speaking with Devolver Digital to publish the game. Devolver then tweeted in response, saying that they had no clue about this mysterious game. Fortunately, they were positive about it and were happy to discuss it further.

Since the shout-out, Devolver, Suda 51, and Swery 65 have been in contact via Twitter. There has been no information regarding the release of the game since this exchange played out.

Suda 51 ended 2019 with the announcement that Hotel Barcelona had a planned release date of 2021 in response to Devolver Digital. The publisher then responded with “Prove it.” but another answer wasn’t given.

They mentioned they would like to release their horror game on multiple platforms or even mobile. Swery 65 wanted to come up with more concepts for the game while Suda 51 developed the official logo.

Fans of a team-up between Suda and Swery should expect a long wait. Both creators are busy with other projects at the moment for games that have also been long-anticipated.

As for now, nothing is set-in-stone for Hotel Barcelona, not even the title. No news was announced since the live stream in October until Devolver Digital decided to mention it on Twitter. More information will hopefully come within 2020 before the announced release time-frame of 2021.

Currently, Suda 51 is hard at work on No More Heroes III, while Swery 65 is working on the sequel to Deadly Premonition. It’s unknown what the status of Hotel Barcelona is at this point. Fans shouldn’t get their hopes up so early in the creative process, but at least for now they can look forward to Suda and Swery’s other upcoming games.

Auscraft Announces Future as the Final Contestant of AusCraft Tournament 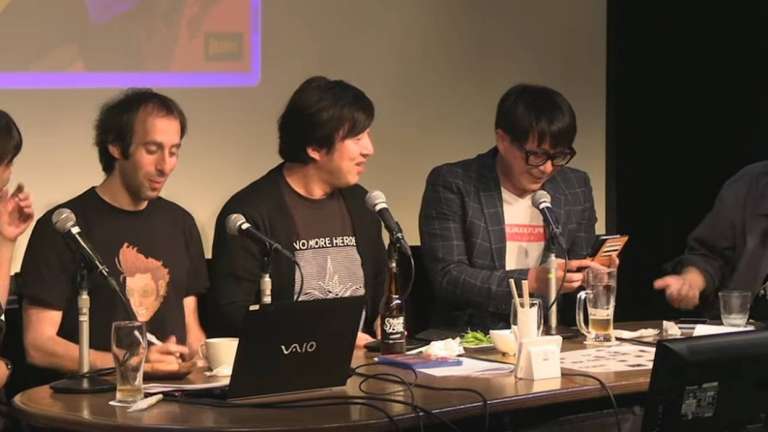 Suda51 And Swery's Hotel Barcelona Project Teased For a 2021 Release

Jan 6, 2020 Lisa Nguyen 3680
During a live stream in October, Suda 51 and Swery 65 had a brainstorming session for a new game. They had several plans for a horror title, but fans...