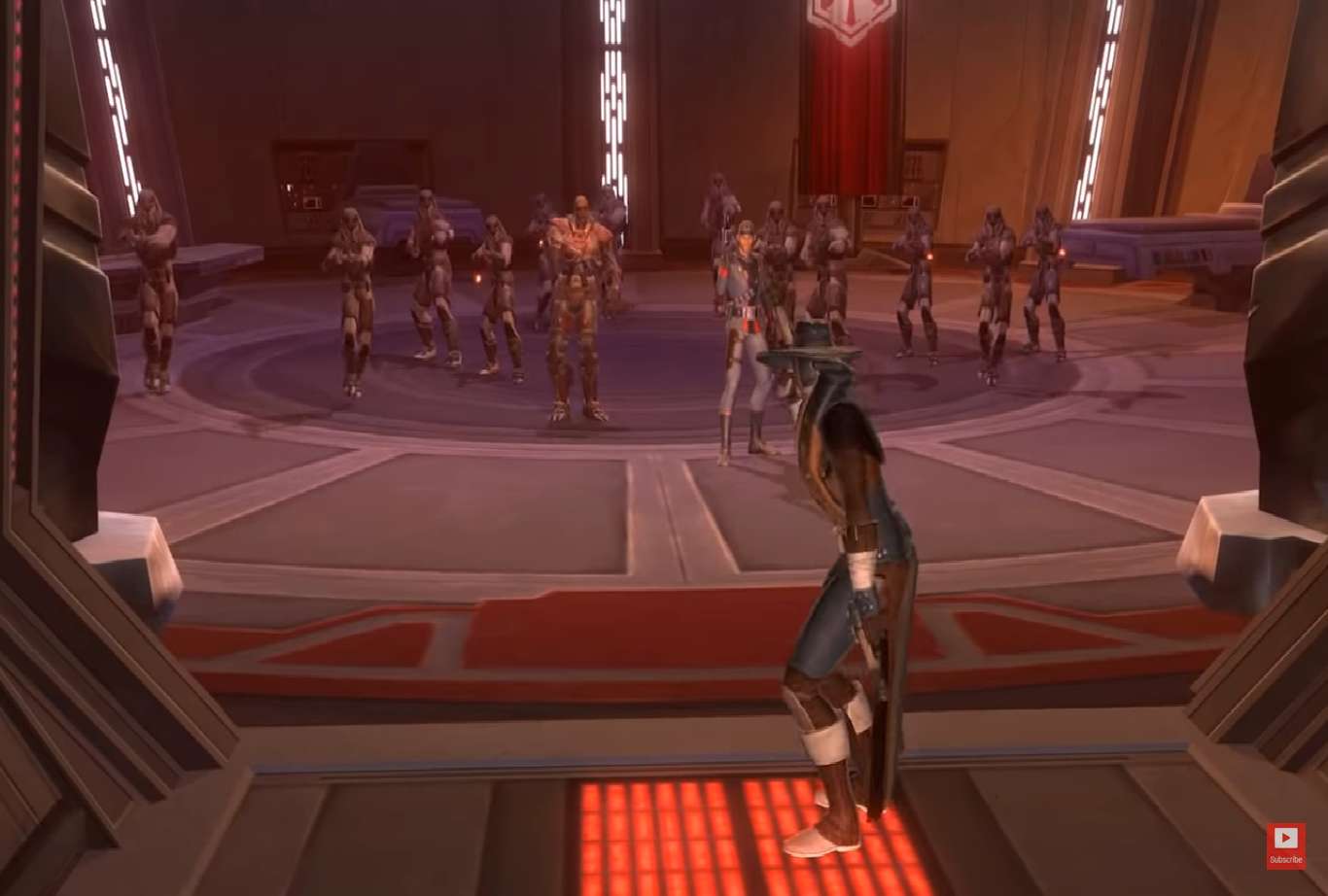 With PVP season 11 having ended at the launch of the Onslaught expansion, it’s time for the dev team to deal out the rewards. Players will receive several tiers of rewards depending on how many victories they’ve achieved, as well as a place on the SWTOR Ranked Warzone Arena Leaderboard on the official website. These players have been taken from all across all the servers, so they are competing against everyone.

To break down the ratings required within the tiers, we have Bronze Tier, which requires a Solo Rating between 1225 and 1299 or a Group Rating between 1250 and 1399. If a player has achieved these numbers, they can have:

Silver Tier’s requirements are having a Solo Rating between 1300 and 1499 or a Group Rating between 1400 and 1599. The rewards players get for achieving these ratings are:

Gold Tier players are required to have a Solo Rating of 1500 or above or a Group Rating of 1600 or above. And the Gold Tier rewards are:

And finally, we reach Platinum Tier, and the rules to get these rewards are a little different. Only the Top 96 players, which is the Top 3 of each class on the leaderboard, will receive these rewards. These rewards include:

Since the season ended on October 22, 2019, which was the release of Onslaught, the final leaderboard is set, with the current top 3 of each class being the winners of the Platinum Tier rewards. These players are broken down by Guardians/Juggernauts, Sentinels/Marauders, Shadows/Assassins, Sages/Sorcerers, Vanguards/Powertechs, Commandos/Mercenaries, Gunslingers/Snipers and Scoundrels/Operatives.

The Platinum Tier winners for Gunslingers/Snipers are all snipers; Wowlookatmenowimfat from Leviathan, Scoøby from Star Forge, and Exaldon from Darth Malgus.

Based on statistics, the top PVP players are Imperial players on the European servers, with only nine out of 96 being from the North American servers, and none of are Republic players. Will the new set bonuses and tacticals change this, or will European players continue to dominate the PVP landscape? Players will find out when Season 12 starts in December.