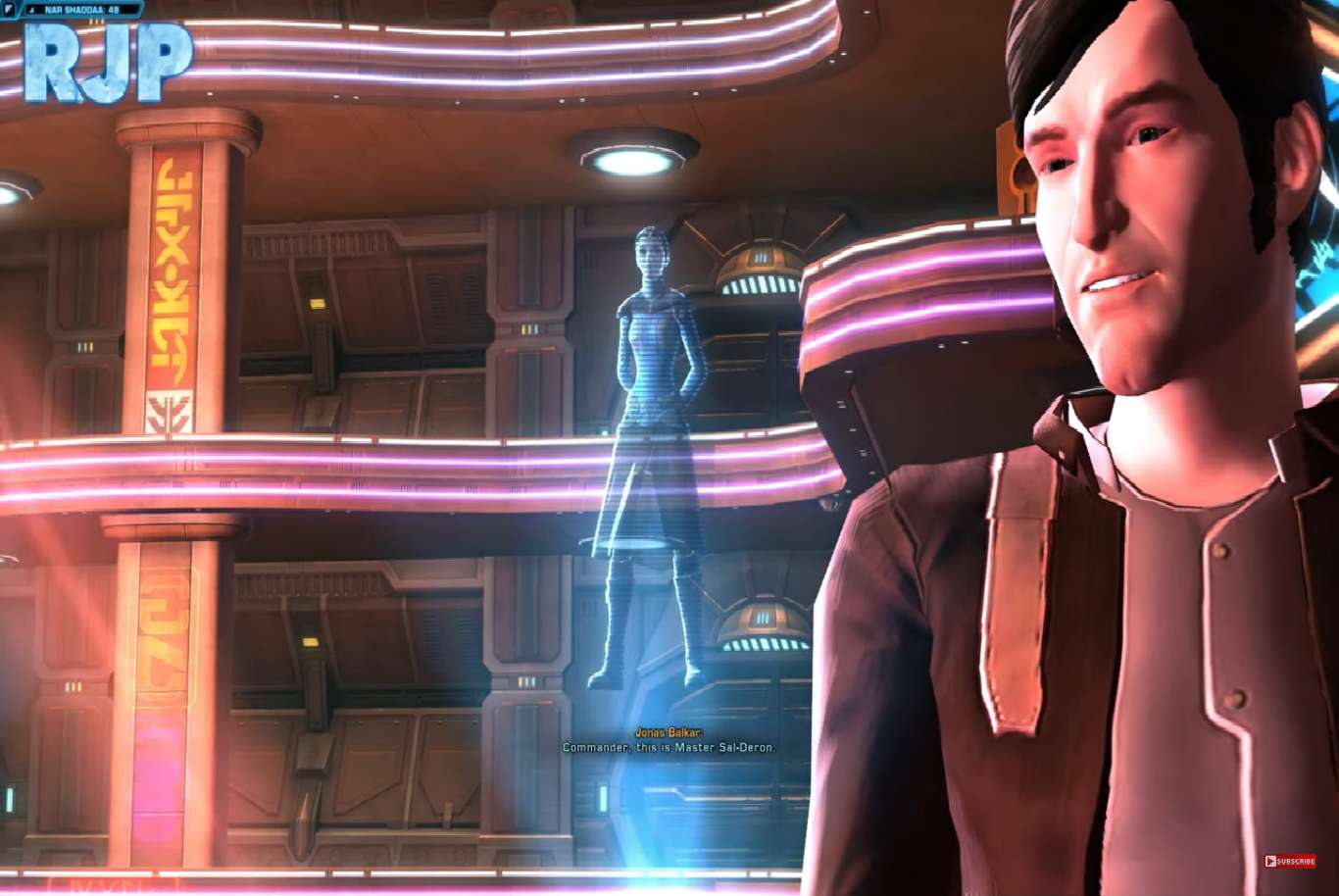 Star Wars the Old Republic has always been a game about choice; do you play as a heroic Jedi, or an evil Sith? A Trooper who protects the Republic, or a Bounty Hunter who sides with the Empire for money? A lovable Smuggler who gets roped into the war for the Republic, or a secretive member of Imperial Intelligence? Do you go Light Side or Dark Side? And with Jedi Under Siege and continuing into Onslaught, they’ve developed a new set of choices; do you remain loyal to your original faction, or sabotage it from within?

The loyalist/sabotage system is introduced at the end of the Knights of the Eternal Throne expansion with the linking series of missions, Jedi Under Siege. Players start by taking a mission from their starship’s mission terminal, which leads to Alliance member Lana Beniko.  Talking to Lana leads the player into choosing whether they will remain loyal to their original faction, or to sabotage it from within. Lana ensure that players under stand what they’re doing, stressing that this is the kind of story players will be getting, so they shouldn’t make the decision lightly.

From there, players will meet with either NR-02, a droid Imperial players will recognize from the Black Talon flashpoint, or Jonas Balkar, a human male that Trooper players will recognize from their storyline on Nar Shaddaa. These two NPCs will reiterate what Lana told the player earlier; a very straightforward “help the Republic/Empire” if you’re loyal, and “you’re now a double agent, undermine the Republic/Empire while not blowing your cover” if you’re going to be a saboteur.

From here, players will get a message from General Daeruun, a brand new NPC, if you’re a Republic character and Moff Pyron, a character from the Sith Inquisitor storyline, if you’re an Imperial character.  From here, players will head to Ossus to play the faction story, with a few moments sprinkled in here and there to reflect your loyalties. Once you’ve completed Ossus, you head to your respective fleet to perform an interview for your chosen faction, and if you’re a saboteur, you get to choose whether or not to flub the speech/interview you give your side.

However, loyalists do not miss out on choice. At the end of the faction story, loyalists are given the opportunity for the Alliance to rejoin their original faction, or have the Alliance remain an independent organization.  There are pros and cons to this choice, of course, which will be reflected into the coming storyline.

Saboteurs do not get that choice, but they move on to an extra scene with Balkar/NO-02 to find out whom their mysterious benefactor is. This benefactor gives them the focus of their storyline for the remainder of the game.  Both sides get a satisfying reward for their efforts.

Bioware games have always been about reflecting choice, and Star Wars the Old Republic continues this trend into the new year.

Oct 14, 2022 Tom Lee 1730
Fan art of Darth Revan from Star Wars: Knights of the Old Republic was recently published, bringing back fond memories of what many consider...