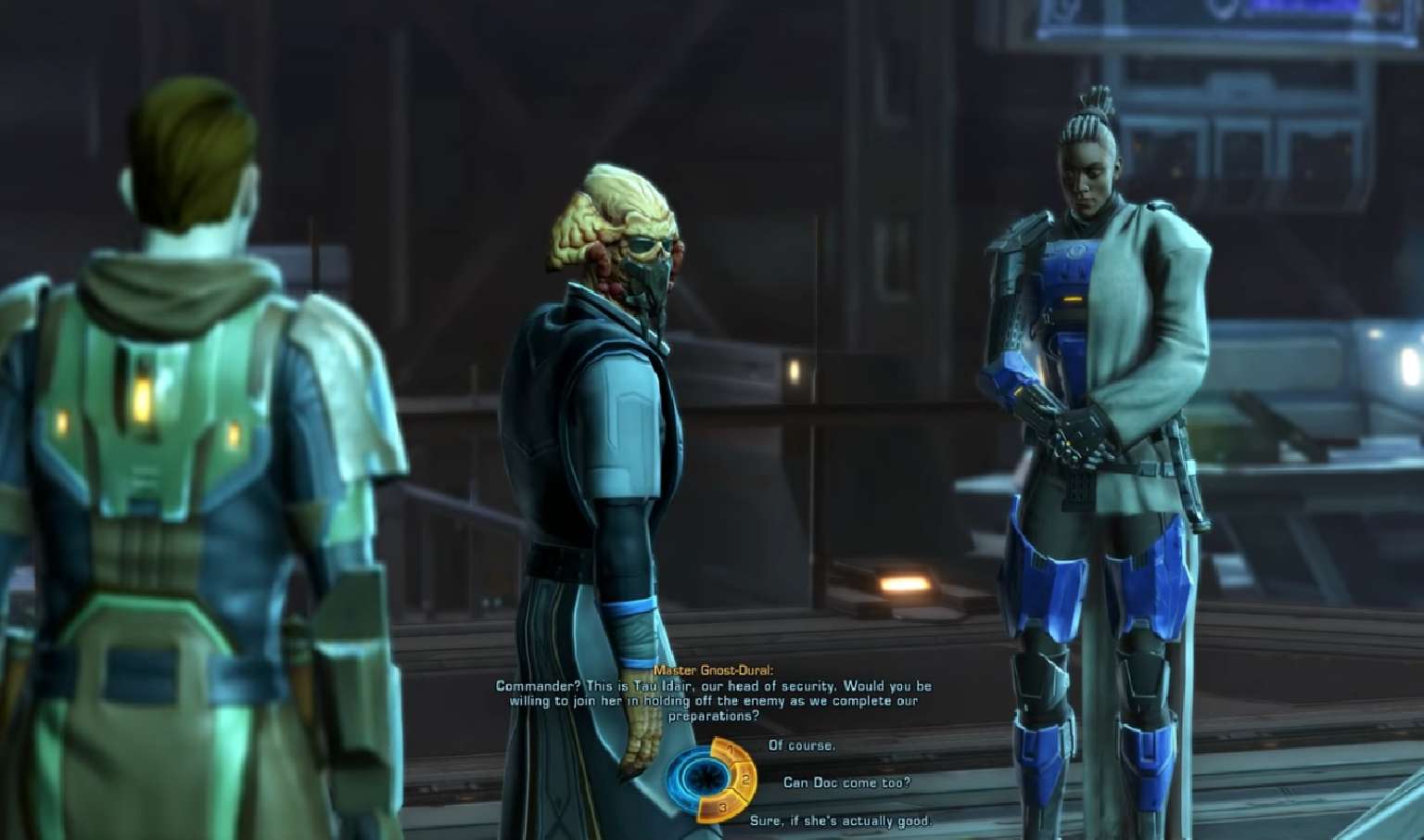 One of the most satisfying things in Star Wars the Old Republic is playing “space barbie”, according to the player base. That’s why it’s always an exciting time when new rounds of armors, weapons and stronghold decorations are listed onto the Cartel Market.

Tau’s armor includes the chest piece, gloves, pants, boots, belt and belt you see on Tau, as well a the unseen wrist piece. However, this armor set has something that Tau isn’t seen wearing; a rebreather that covers the mouth and nose.

This set does not include Tau’s lightsaber, as that was previously introduced into the game previously. However, it is likely that, during a future sale, the armor and the lightsaber will be bundled together.

The next armor set is the Impulsive Adventurer’s Armor Set. This set includes the chest piece, pants, gloves, belt, boots, and an earpiece microphone head slot. It has no wrist slot, so if a player wants to keep the look and still have a wrist piece, they’ll need to use an invisible wrist slot that already exists in the game.

The third outfit in this update is the Outer Rim Officer’s Armor Set. This includes the chest piece, pants, helmet, boots, wrist piece, belt, and gloves. This armor set looks like something you’d see on a bounty hunter, but with a full mask and helmet to protect them.

In this update comes a new mount, the Charred Koensayr Monocyle. This vehicle is a giant wheel that functions like a motorcycle that, like all Star Wars speeders, floats off the ground.

They’ve also introduced the Tatooine Arena Decoration Bundle. This set will be perfect for any players who have the Tatooine Stronghold available to them.

There is also the new character flair, the Manufacturer’s Protocol. This flair gives a player’s portrait a metal circle with some red lights on it.

All these items will make their way to the Galactic Trade Network within days at extremely inflated prices. So if a player has the cartel coins to buy them now, they should do so before they go away.