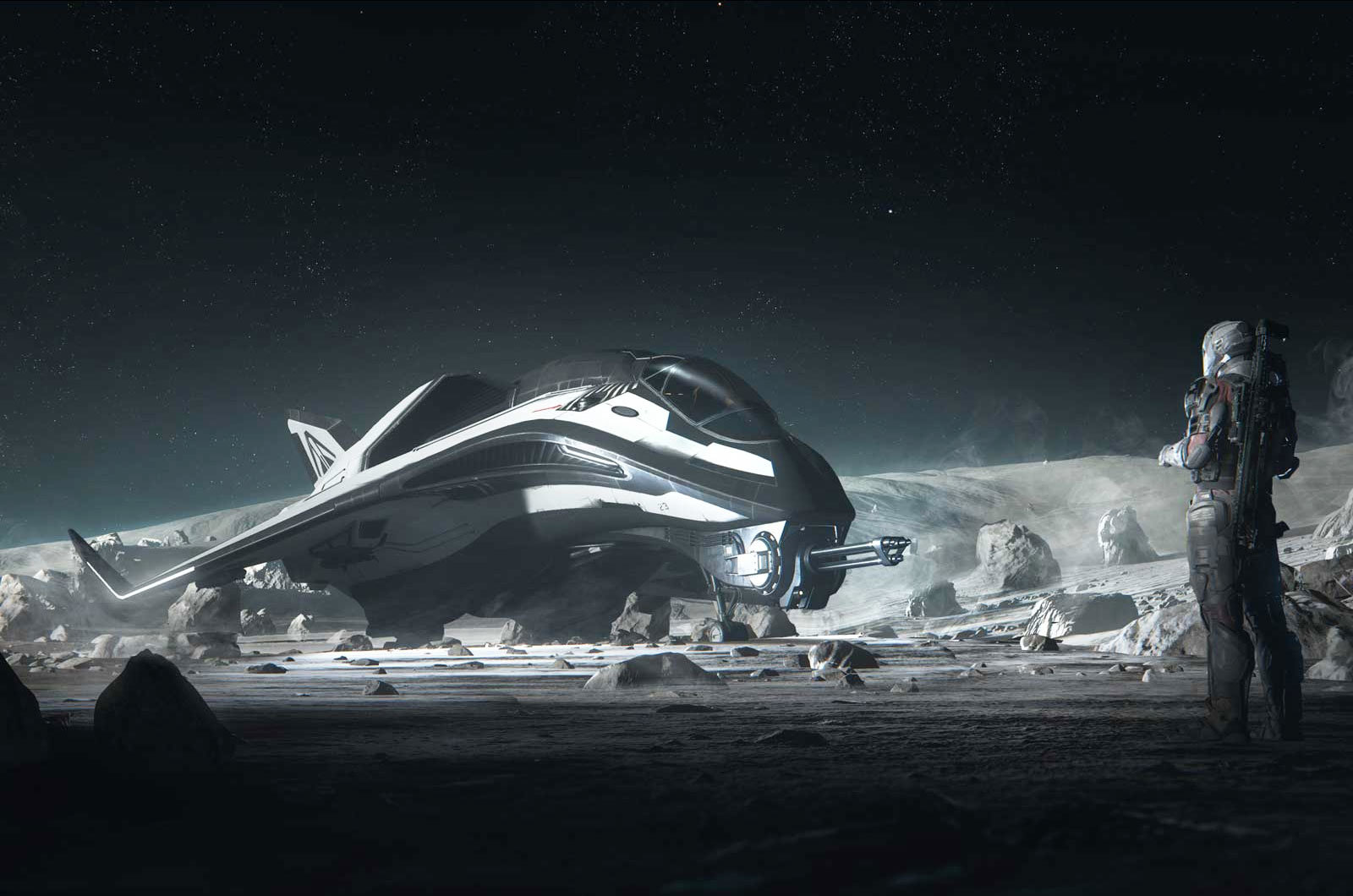 A new update for the ambitious PC space simulator Star Citizen has finally arrived. Alpha 3.6 is a massive update that is adding even more content to the already expansive game. A new law system, more space stations, new missions, and a number of small quality-of-life improvements have been made to the game. All the game’s flyable ships are now able to be purchased with in-game currency allowing for more options for players hoping to travel the galaxy.

Star Citizen is developed by Cloud Imperium Games who have received criticism in the past for missing deadlines. The new update is sure to bring a much-needed change to the game and continue to push the devlopment through. There is an active fan base surrounding the game and with the in-game cap on currency removed last year players are looking for something to spend their coin on.

The law system is built for multiple levels of punishment. Where some players will simply have minor fines to pay others might have a bounty resulting in a kill on sight order from the NPC law enforcement. Unlike other games that have similar mechanics, the NPCs are easier to defeat and less of an unbeatable challenge.

The entire core of Star Citizen is about the player’s choice and giving fans the freedom to play as they want. This does not mean that the universe won’t respond but instead have a different kind of challenge for players that live that life. It is a step towards a living breathing dynamic universe that is shaped and formed through player actions.

The game has also implemented an in-game Face over IP and VoIP calls allowing users to hail other ships and speak in-game. This opens a new door for communication and connection int he game allowing players to team up and coordinate from across the massive universe. New space stations have been added through the galaxy featuring docking pads, shops, and other points of interest for the experienced explorers.

Hover mode now automatically activates when near planetary surfaces. When engaged in ship swaps to VTOL thruster mode, they will level out and ensure a safe landing. Vehicle item degradation and misfires have been added, allowing a needed level of maintenance to the game. In addition to simple number notifications, a visual degradation of ship components is now able to be seen.

Various changes have been made to several ships and guns helping to balance out the game. Players will notice changes in the Anvil Ballista, Aegis Vanguard Warden, Kruger Intergalactic P52 Merlin, and many other ships and weapons. These balances will hopefully make for a much more fulfilling and balanced combat system in the game.

Star Citizen holds the title for the most successful crowdfunded game in history. Through its time online, it has raised more than $229 million so far through the dedicated community. In addition to the release of Star Citizen’s main game, a single-player experience called Squadron 42 is being developed.

Bloodstained: Ritual Of The Night Is Receiving Updates, Patches To Fix The Switch Issues And Xbox One Glitches Has Been Submitted