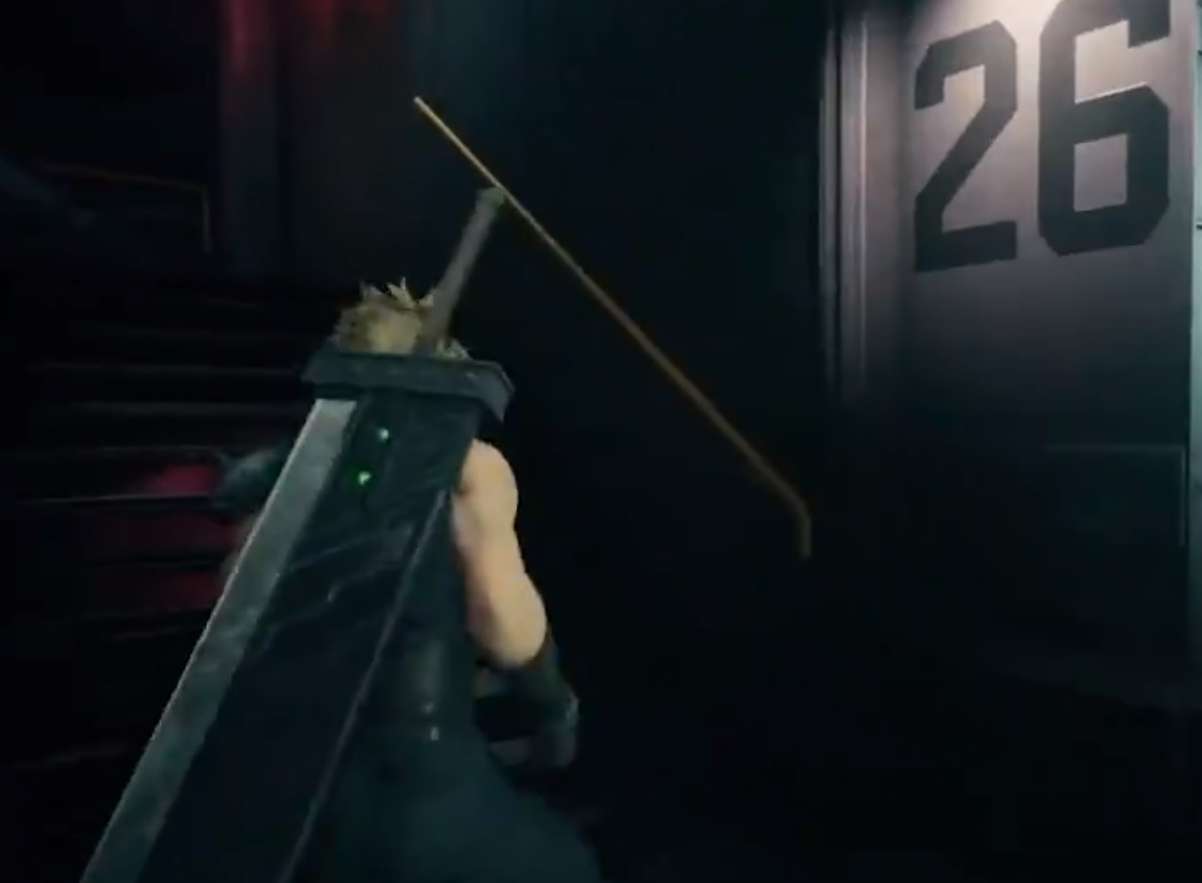 Do you charge in the front, or do you sneak in the back?

That is the question posed to players of the original Final Fantasy VII when it comes time to storm the Shinra Building and rescue Aerith from the evil corporation.

Of course, charging through the front door is fraught with peril, wherein you will face battle after battle until you can make your way to the elevators.

But what about the back route?

If you’ve ever decided to take Tifa’s advice and climb the back stairs into the Shinra Building, you’re treated to one of the game’s funniest sequences.

Cloud, Tifa, and Barret climb a whole mess of stairs, all the while you can hear Barret complaining. Both Barret and Tifa slow down at certain times, giving Cloud a chance to pass them. By the end of the seemingly never ending stairs, Cloud stands strong while his companions are doubled over in exhaustion.

The video in the tweet features Cloud climbing a winding staircase, an escalator, and the iconic stairwell from the Shinra Building.

This is one of a few mini games we’ve seen in promotional material for this new game. One trailer actually featured the famous squat challenge from, where Cloud is forced to compete against a body builder (to obtain a prized blonde wig) to see who can do more sumo squats in a set amount of time.

There also appeared to be a new pull up challenge in the same gym, where Tifa is the one competing. Another shot in a trailer showed Cloud playing darts, with a number of on-screen button prompts.

Many of the sillier moments from the previous game have been highlighted as we tread ever-closer to the April release.

We even got a look in one trailer of the game’s frog spell, in which Cloud is transformed into a frog and hops around the battlefield. This was one of the more ridiculous status changes included in the PlayStation One classic. In this version, the frog version of Cloud is still wearing his Soldier Uniform and hopping around the battlefield with a tiny Buster Sword strapped to his back.