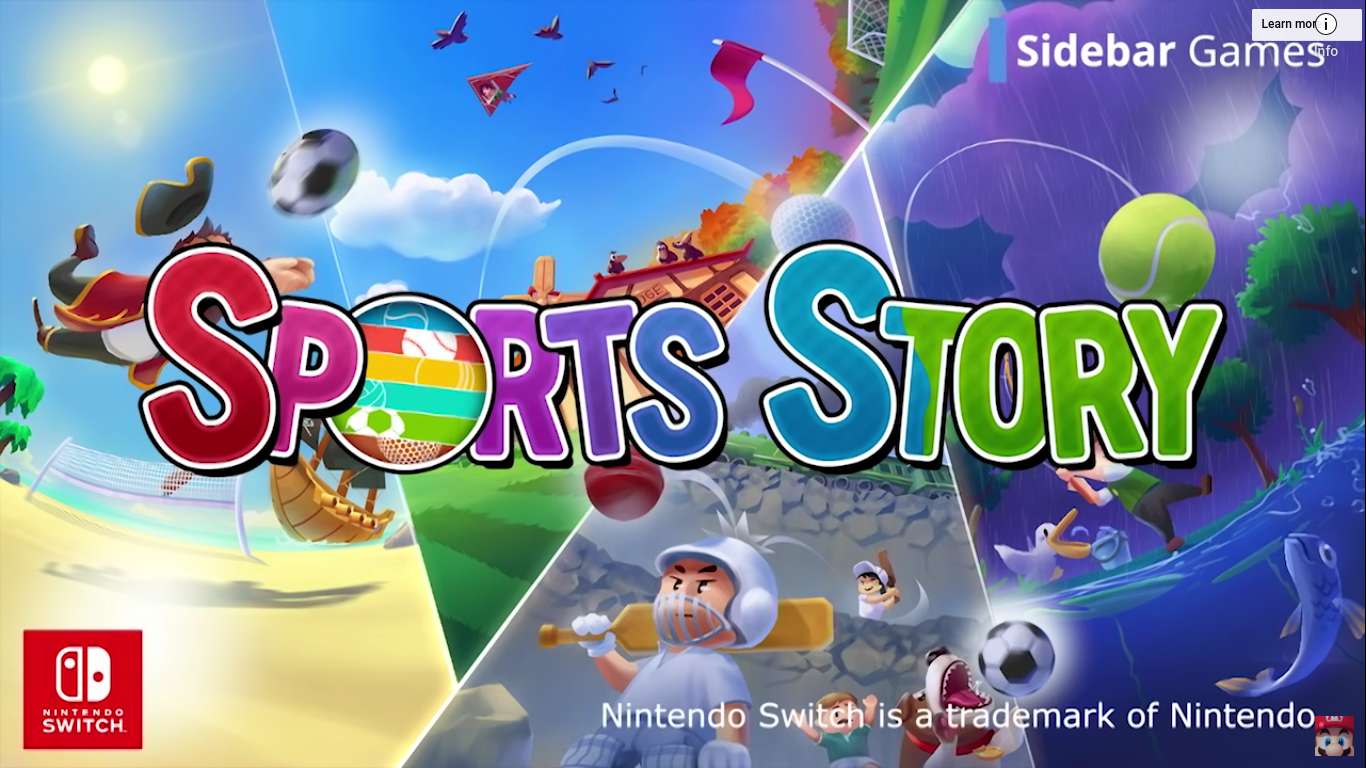 Sports Story made its appearance back in early December of 2019. The game is a unique blend of RPGs and Sports, pushing the entire game in a broader direction than initially expected. The game follows up on the smash hit of Golf Story and finds itself a home on the Nintendo Switch. A hybrid game easily fits on a hybrid system.

The trailer and gameplay screenshots give a good look at a cute pixel world. Although the game is about sports, it has several other themes built-in scattered among its narrative. When not playing sports, you can also enjoy alternate activities like dungeon crawls, stealthy infiltrations, and fishing expeditions. There is something for everyone in this game.

The game takes players on golfing adventure into ordinary and fantastical places. The game prides itself on being a simple top-down style game with a host of activities for fans to be entertained by. This is the only game where you will not only encounter a sports toaster but also smash it into bits and still produce crispy golden toast.

What makes this game even more interesting is when it starts to combine different sports. Trying playing Basketball while following the rules of Golf.  Or strike a golf ball and try to put it into a traditional open goal. No matter the combination, it is sure to keep you entertained and always wondering what will come next.

Sporting events are the cornerstone of the experience. The game does present a wider range of locations giving a good look into Sidebar Games’ imagination of where sports could be played. From elegant castles to lush greenery, there is tons to be explored. Each location is filled with visual treats and text-based dialogue to add extra depth to every place.

As players explore the map and fall for every distraction, fans of the game will find all kinds of activities trying to gain your attention. While this game is a sequel to Golf Story, the game is not afraid to shake up the formula and present a unique world to the player.

This game is filled with self-deprecating humor and quippy dialogue as you interact with tons of fascinating characters on your journey. Make friends with the diverse cast from miners to school mates as you create memories and craft your very own sports story.

Sports Story is destined to launch exclusively for the Nintendo Switch in the second quarter of 2020.

Nov 3, 2022 Tom Lee 370
Some players think Overwatch 2's Cassidy's Magnetic Grenade does too much damage and want it toned down. Although Cassidy lost Flashbang in the...