SpeedRunners Is Getting A Switch Port, Now You Can Take Fast Paced Super Hero Action On The Go 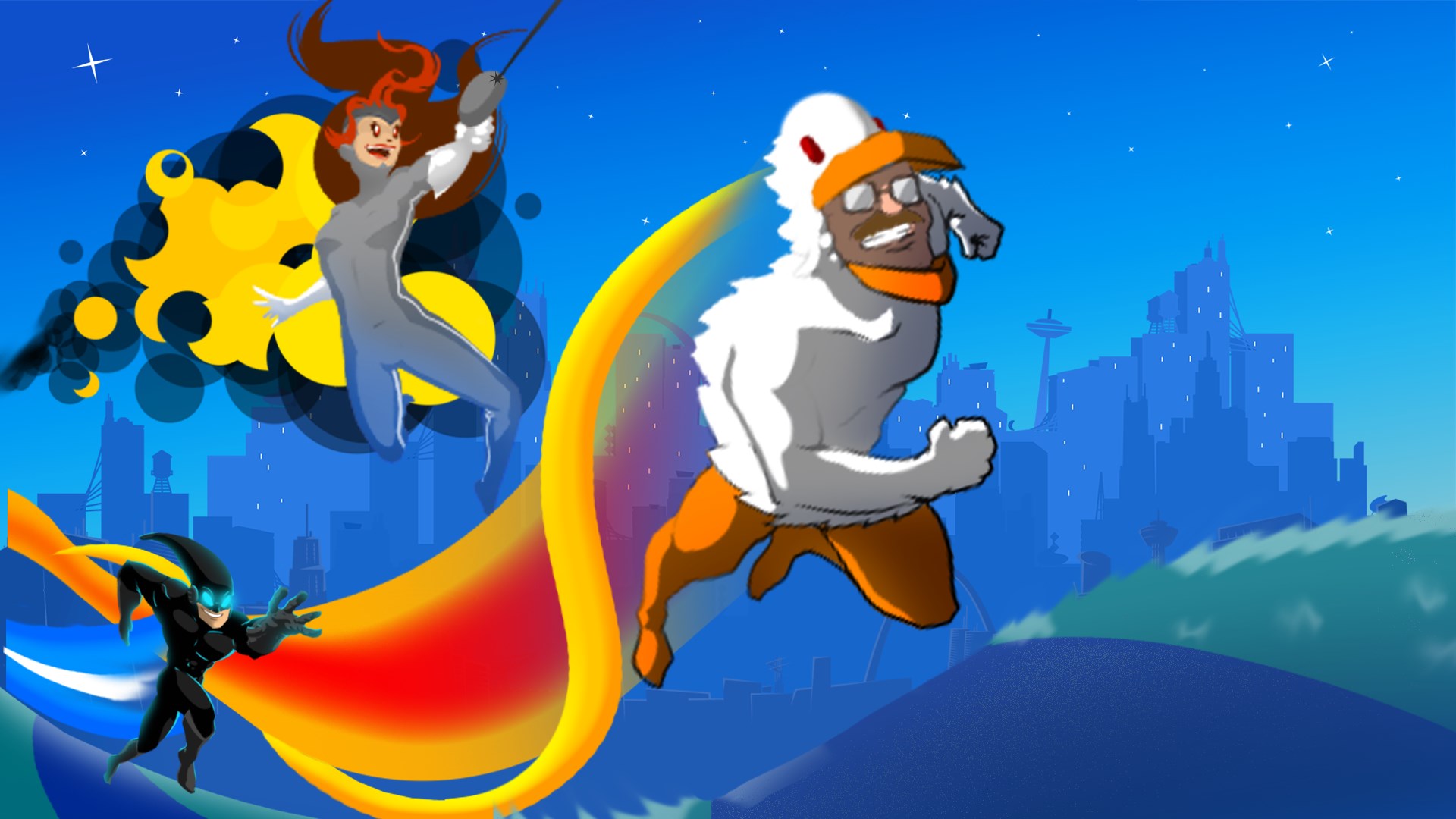 SpeedRunners is a popular superhero chase game that has been running through the indie community since 2013. The game is wildly popular for its couch co-op capabilities mixed with a comedic tone and an overall fun concept of racing superheroes. The game even has a minor competitive scene in some online communities. It will not be long before SpeedRunners will be receiving a Nintendo Switch port, and because of this, the game gets another chance to race to the front lines.

The trailer was mostly cinematic, but it showed the superhero shenanigans. This game supports a campaign mode along with couch co-op and up to 4 player online games. It is a perfect game for a quick competition and a good time.

SpeedRunners was created by tinyBuild and it self describes as “the most competitive 4-player platformer ever made.” Whether this is true or not, the game is a must-have 4-player experience. You must run, swing, wall-jump, zigzag, dodge and much more to survive an endless multi-platform 2d track.

The point of the game is to outpace the other runners, so they fall off-screen. Once they reach too far off-screen, they are eliminated from the race. This creates a last runner standing wins game. If you survive, you are the superior hero or villain.

The hectic pace and easy to learn style make this game perfect for the Nintendo Switch. It makes for a fantastic party game experience with the potential to ruin more friendships then Mario Party and Monopoly combined. The game will probably take full advantage of the online co-op and competitive play similar to the other versions of the game.

As you progress through the game, you gain new skins, characters, and levels based on your character experience. The environments found in the varying levels is evolving and creates new challenges with each map.

Critics have praised the game calling it a “fully realized idea.” In 2014  it won Best Multiplayer Game Award and was nominated for Best PC/Console Game at the 2012 Dutch Game Awards. This is only the base level of reviews from many critics with almost everyone agreeing that this game is a shining star of the indie party game market.

The game has been ported to PlayStation 4, Xbox One, and Mobile Devices already. The Nintendo Switch is the next port in the line and will be the latest party game to join the already popular console.