Players can download the free demo right now from the Steam page. The demo contains one work-in-progress level of the game. Players will get to experience the new engine and some of the character designs.

Bumpkin Brothers stated the demo is not the final version. It will be updated on a regular basis to showcase the latest engine improvements and new features. Players should follow the Steam page for news of new demo releases of the game before it launches.

Space Farmers 2 is a multiplayer anarchic platforming gadget-vania sequel to the original. Players have to battle their way through a pie-making space station to save sentient vegetables from being eaten.

Players can take on the game solo or with friends to fight evil robots, and corrupted vegetables take on the ultimate villain: the Space Time Leek. The villain is working on plans to become the most powerful pie maker in the galaxy and it’s up to gamers to stop it.

Currently, the game contains local co-op with up to four players. Remote play is available for players to join up online. There is a game lobby so potential friends can join in, as well.

The development plan for the demo is to create a stable foundation to build upon the rest of the game. Once the core gameplay is stable, the developer will begin adding weapons and gadgets for players to test. One of their goals is to bring back as much as the best content from the first game into the sequel. From there, the developer will work on level structures and story features.

The demo is a small piece of what the developers have planned for the game so far. Those who have played the original Space Farmers should expect a much more expansive experience.

Players can download the free demo now, but it’s not known how long the demo will be available. The developer has asked players who try out the demo to provide feedback on their experiences in the Steam discussion forums for the game.

Space Farmers 2: The Space Time Leek is scheduled to launch on Steam on February 1, 2021. Players can wishlist the full game now. 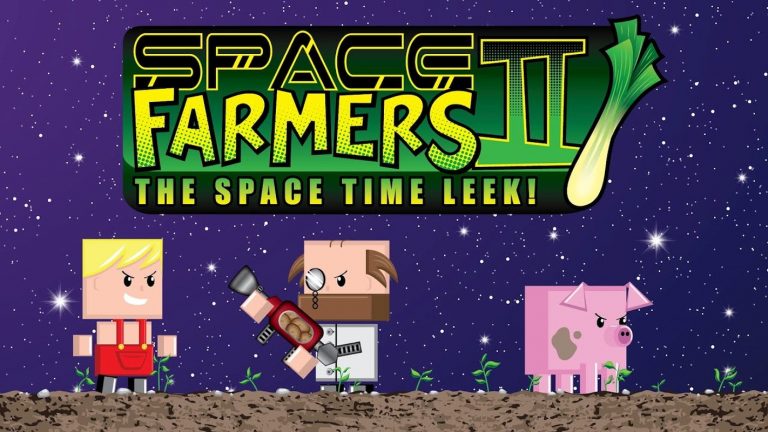