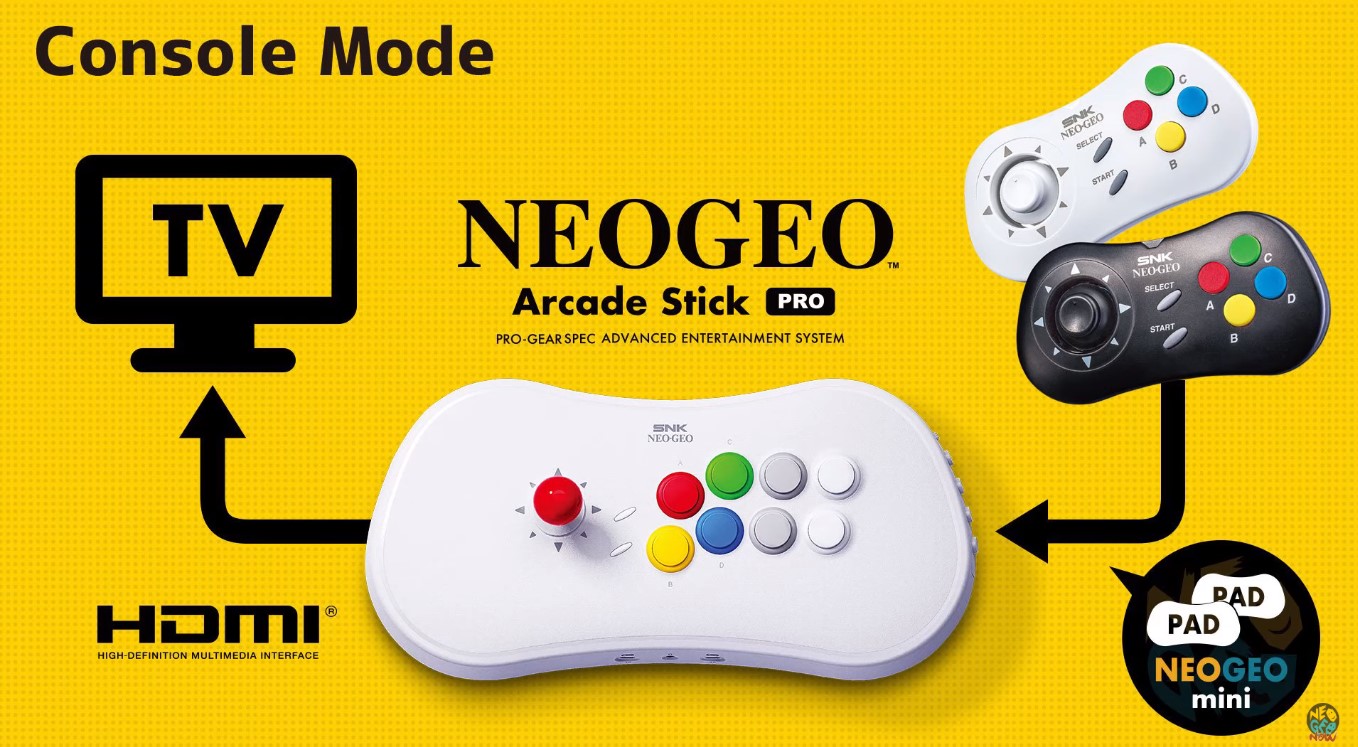 Neo Geo fans are excited as SNK revealed that a new generation of Neo Geo is coming out in its tweet several days ago. The announcement raises a lot of speculation amongst fans; some believe that it will just be another arcade stick that can be plugged into a PS4 or PC. A few hours earlier, the company unveiled more details concerning the upcoming new console in its official Twitter account.

Claimed by the company as “stylish and unique,” this gaming console is built based on the Neo Geo’s controller that was launched way back in 1996. However, this arcade stick is now an exact clone of the previous controller, and it has its quirky twist.

On September 10, the company revealed more details of the upcoming device on its official website. The company named this brand-new fighting stick as NEOGEO Arcade Stick Pro. Some of the information on the news release include the stick’s size, buttons details, and supporting playing modes.

Compared to the old controller, this arcade fighting stick is bigger, measuring 430mm wide, a depth of 215mm, and a height of 125mm.

Players can switch between two gaming modes, namely the Joystick Mode (or Arcade Stick) and the Console Mode.

The former mode, Joystick mode, allows players to plug the stick into a NEOGEO mini or PC. The company guaranteed players with “a solid experience” when playing with this mode.

On the other hand, the latter mode allows players to play over 20 of its pre-loaded games on TV by connecting the stick to a TV or monitor using an HDMI cable. An extra feature available when using this mode is that players have the chance to arrange the button layout through the options menu freely. Moreover, players can play alongside another player in a 2-player action mode by connecting another controller such as the NEOGEO Mini Pad or the upcoming fighting stick to the TV.

The arcade stick has up to eight buttons on the right side of the pad with different colors, including white, gray, blue, green, yellow, and red. A red looking 8-way joystick is placed at the left side of the pad. The center of the pad between the joystick and buttons is the mode indicator.

Players can also find several ports on both the upper and lower sides of the stick, including ports for the HDMI output, power input, headphone, USB, and NEOGEO mini pad.

The company also stated that it is prepping for a worldwide launch with more updates about the releasing date and price coming soon.