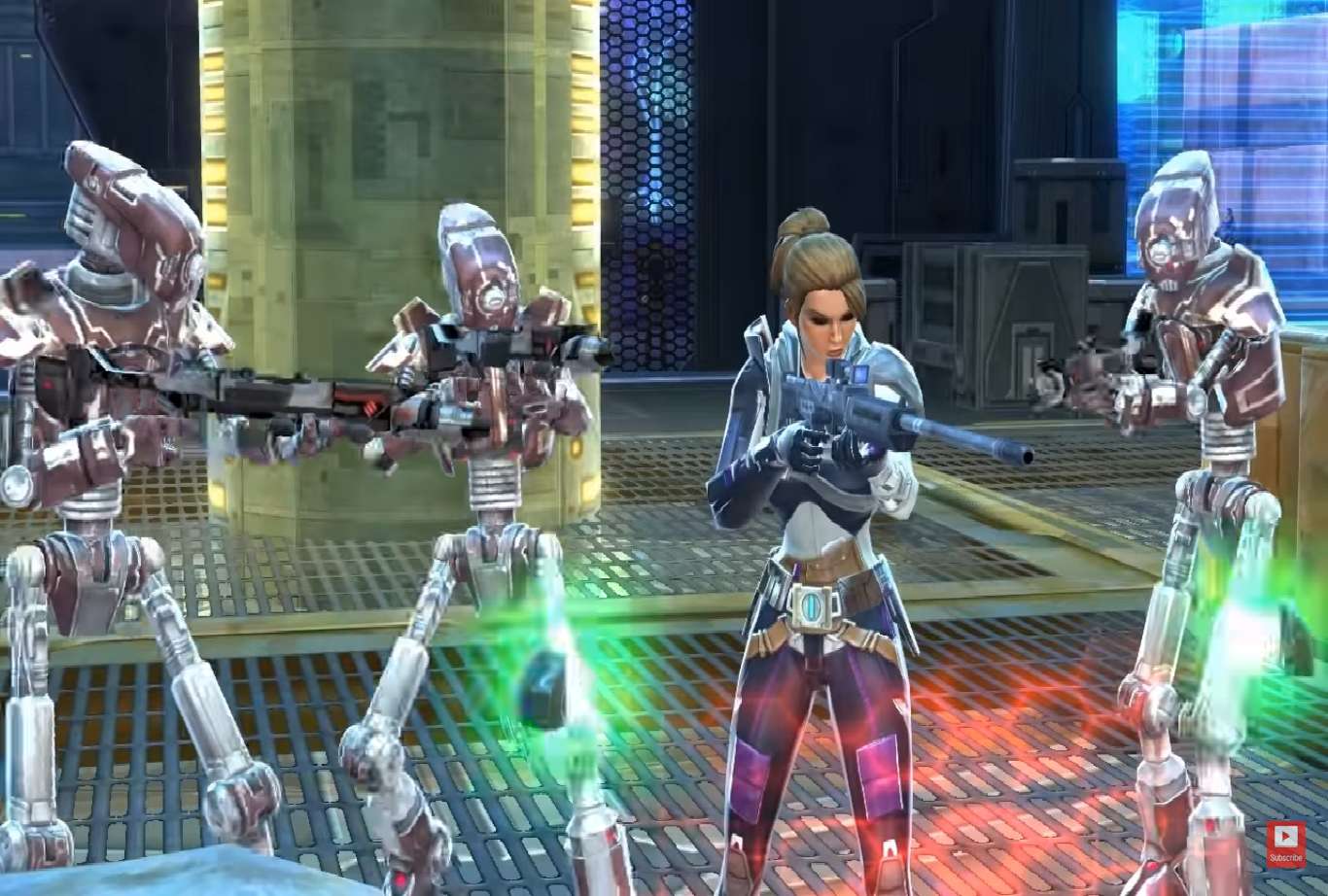 The Set Bonuses for the Smuggler and Imperial Agent continue to make the classes more unique than before. Both the general class and the advanced classes have distinct set bonuses to help players play the classes their way.

The Smuggler and Agent set bonus begins with Escape Artist, which grant +2% Alacrity Rating at two pieces, Flash Grenade/Flash Bang now heals any allies nearby for a small amount and resets the cooldown of Surrender/Countermeasures at four pieces.

Precise Targeter grants +2% Mastery at two pieces, reduces the cooldown of Illegal Mods/Target Acquired by 15 seconds and activating Illegal Mods/Target Acquired restores 15 energy at four, and at six, Smuggler’s Luck/Laze Target gets 3 charges and its cooldown is reduced by 15 seconds. And the final Gunslinger/Sniper set bonus, Repositioning, grants +2% Alacrity Rating at two pieces, reduces the cooldown of Pulse Detonator/Cover Pulse by 5 seconds, at four and Dodge/Evasion finishes the cooldown of Hightail It/Covered Escape and increases you and your allies’ movement speed by 50% for 6 seconds at all six.

The Debilitator set bonus grants +2% Mastery at two pieces, Scamper/Exfiltrate’s recharge time is reduced by 2 seconds at four pieces, and at all six, Dirty Kick/Debilitate gets two ability charges. And the final set bonus, Tactician, grants +2% Mastery at two pieces, Hot Streak/Tactical Overdrive additionally resets the cooldown of Back Blast/Backstab, Tendon Blast/Sever Tendon, and Triage/Toxic Scan at four pieces, and gaining an Upper Hand/Tactical Advantage increases Critical Chance by 15% for 10 seconds,  but this can only happen once every 10 seconds. Finally, at all six pieces, Upper Hand/Tactical Advantage gets an additional stack. Having an Upper Hand/Tactical Advantage increases damage and healing by 5%.

Set bonuses continue to make playing the classes more fun as players are able to play the game their way. Seeking these set bonuses out will be a fun experience for years to come.

Torghast Dungeon In The World Of Warcraft: Shadowlands Expansion Provide A Randomized World In Every Visit