If a Nintendo Switch gamer is looking for a couch-party game to enjoy with friends and family this holiday season and enjoys outrageous violence, then Akuto: Showdown may be just the game they’re looking for.

Akuto: Showdown is a unique action-party game that pits players against each other using swords and guns while playing silhouette-type characters in wild maps.

Here is a gameplay video of the PC version of the game, which mirrors the Nintendo Switch version:

This game promotes maximum carnage where players must fight to stay alive, worrying about the other gamers in the match as well as a dynamic environment that can end their life as well.

Altogether, there are ten unlockable melee weapons for players to obtain, ranging from swords to garden tools, to the character’s legs. Also, there are 15 different firearms gamers can get their
hands on, like a shotgun, pistol, and even a magical wand.

The UI is straightforward in this game, showing off the number of lives the player has as well as their opponents. The task is simple, deplete all the enemies’ lives to zero to win.

As mentioned earlier, the environment is dynamic in Akuto: Showdown, and most of the time, it’s designed to kill the gamer. For example, there is a stage with railroad tracks and has trains steamrolling through to obliterate anyone in the way.

Aesthetically, the maps are quite interesting as the developers used a low-poly, bird’s-eye view design and incorporated different themes for gamers to fight it out in, including mining areas and traditional Japanese gardens.

Akuto: Showdown allows up to four players to partake in the bloodshed, and if the gamer is playing alone, they can play against bots in a versus mode. The game has a solid amount of re-playability, just like a lot of party games. There are enough weapons to unlock and different maps to enjoy that it won’t get too stale too quickly.

So, if Nintendo Switch gamers are wanting to purchase the game, it’s coming out on December 26th and they can buy it for $7.99 right through the Nintendo eShop. If players purchase the game, they will also receive up to 40 Gold Points, which is a nice little incentive.

Akuto: Showdown has been on the PC since March, and gamers can play it via Steam if they don’t have a Switch or want to start gaming as soon as possible.

Bandai Namco Comes Out With DLC "Unfinished Map" for One Piece: World Seeker and "Ino" For Naruto To Boruto Shinobi 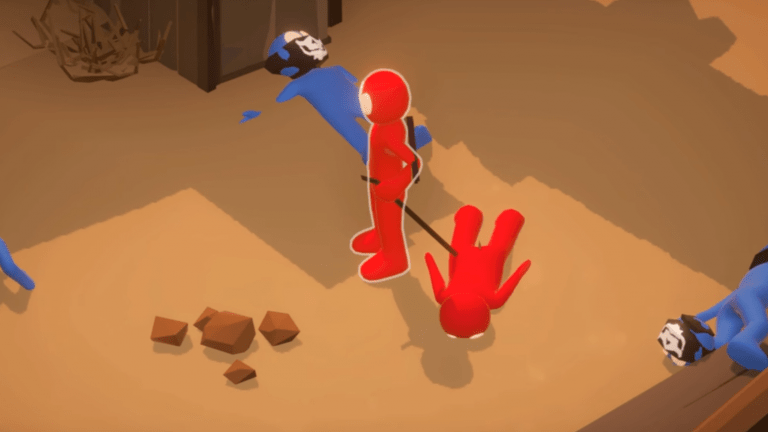 Dec 20, 2019 Stephen McCaugherty 3500
If a Nintendo Switch gamer is looking for a couch-party game to enjoy with friends and family this holiday season and enjoys outrageous violence,...