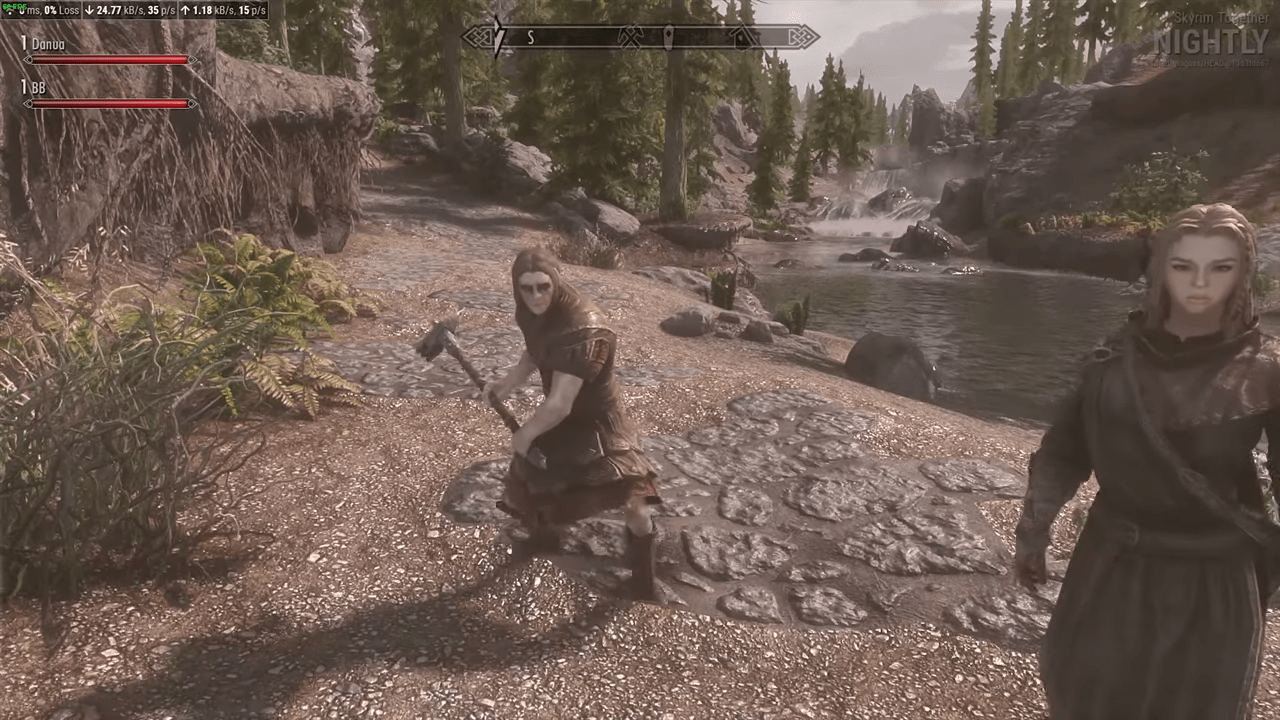 For many fans of the Elder Scrolls series, it has been a longtime dream to experience Skyrim with your friends. Being able to play the familiar game with a cooperative party of real friends seems like a dream come true, and one modding team has managed to make that dream a reality.

Skyrim Together is a mod that allows players to join public or private servers with the goal of offering a multiplayer experience playing through the game. The mod is currently available to the public without charge, and there are public servers available that can host up to eight players at a time.

While Skyrim Together is certainly not the first mod that has aimed to bring multiplayer functionality into the world of Skyrim, it is the most successful and easy to use. In 2015, Tamriel Online was released with similar goals in mind, but it was extremely buggy, laggy, and difficult to install for those without significant technological knowhow.

In 2017, the Skyrim Together team began releasing information on their vision for Skyrim multiplayer, and the modding community was on-board from the getgo. Relatively quick and seamless transitions to online servers, mod support, and extremely simple installation had fans excited for an actually playable online experience.

January 2019 saw the mod enter a closed beta phase available to Patreon supporters of the project, which caused controversy within the community. Many of the modding community who wholeheartedly endorse the free communal nature of Skyrim mods were angered that the closed beta was only available to those that paid, and rumors erupted that the mod was never going to be made free to play. There was also a later controversy that has seemingly since been resolved about the mod using code from another popular project called SKSE.

One of the most impressive features of Skyrim Together is mod integration. Players can use other mods of their choosing and many will work just as normal within multiplayer servers. For aesthetic mods and character overhauls, other players in the server will be able to see them if they also have the same mod installed. Otherwise, the modded item or texture will just appear as vanilla to the other players.

This person by person integration of mods allows for seamless gameplay and allows users to enjoy their own mod list personalized to individual tastes. In addition, joining a public multiplayer server is as easy as 1,2,3. Just click right Ctrl once loaded into the game via the launcher, and select one of the many server options available.

While the mod is user friendly and relatively hassle-free to start thanks to its own launcher, there are some notable issues that have yet to be addressed. For example, items are not synchronized across a server, so each player will have different items in chests that cannot be shared. In addition, some quests are not yet available to play as a team, and so individual progression is required.

Nevertheless, Skyrim Together is the most user-friendly, stable, and readily available multiplayer experience that the modding community has ever seen. Thanks to its ease of access, I would recommend anyone give it a try if curious. The current beta is tailored for use with Skyrim Special Edition, but some Legacy users have reported that it works on Oldrim as well.