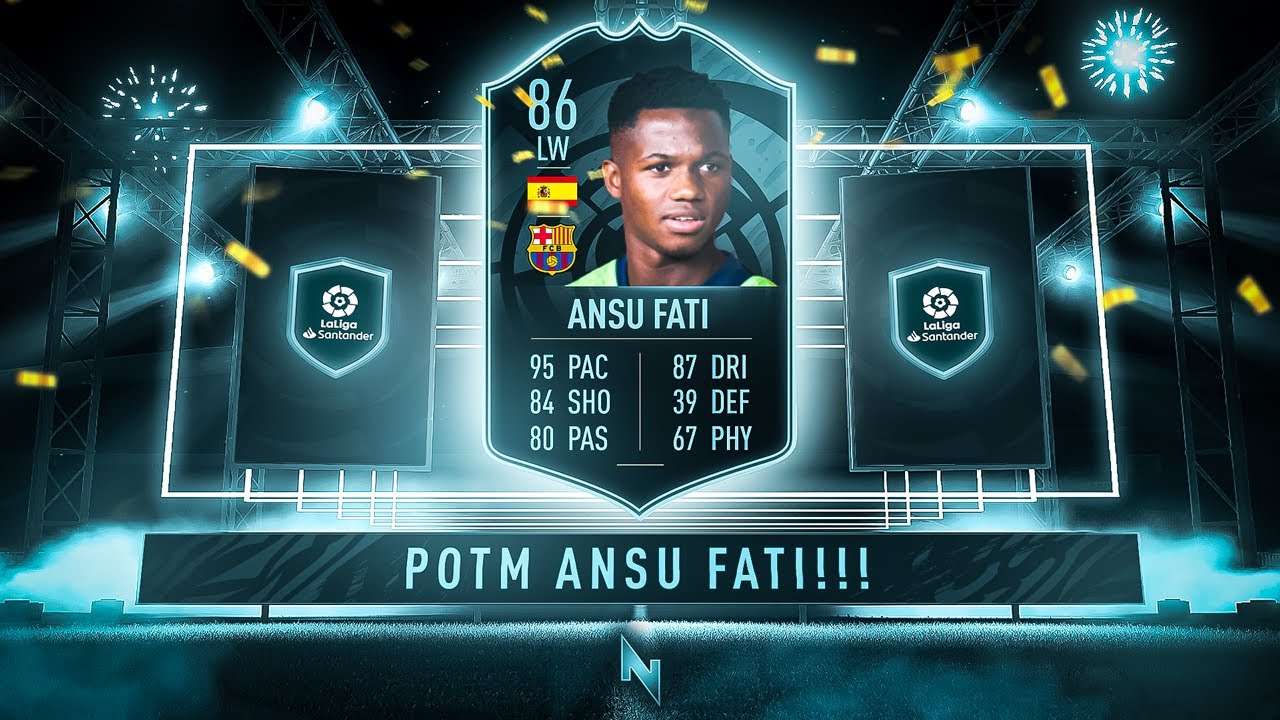 Ansu Fati is the second biggest SBC so far in FIFA 21, just behind Calvert Lewin. The La Liga Player of the Month goes to Ansu Fati, who already received an inform card earlier this week. Is this SBC worth it? The card is currently coming in at around 170-180k. That’s a lot.

Eden Hazard is available for around 40k coins less right now and shares many in-game stats. There’s no denying that Ansu Fati fits the meta of FIFA 21 perfectly, but for that price? It’s probably better to stay liquid with your coins for future purchases/investments.

Introducing your September @LaLigaEN Player of the Month…

In terms of Fati’s card, there’s a lot to love. Agility, balance, pace, great boosts to finishing and shooting…the card is disgusting in the current FIFA meta. He also has a strong link to Alba at left-back, one of the best left-backs in the game currently. Here’s a look at his stats from FUTBIN. 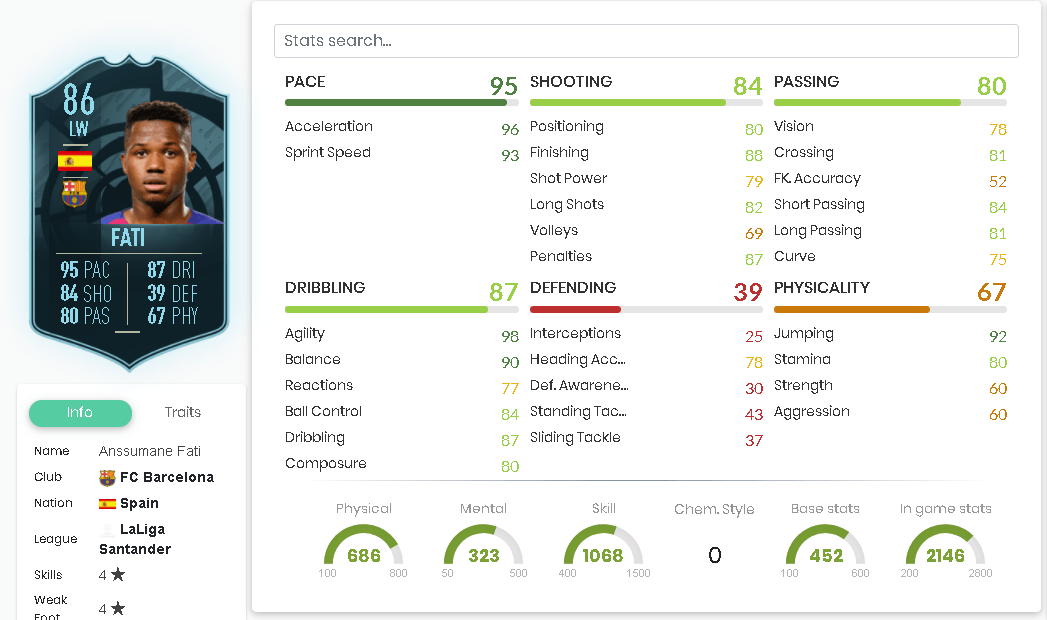 These stats are already a huge boost on his inform from earlier this week. There are +5 or +6 six on his finishing, dribbling, and passing. I used the inform Fati already and the card felt okay, but was let down by those passing stats (an important stat in the cutting in/crossing meta currently.)

Compared to other cards you can get in this position from La Liga (Eden Hazard, Dembele) Fati does stand out in terms of pure pace. If you enjoy those through-balls down the wing, this card is going to be your kind of card. Definitely going to be a frustrating one to play against.

But you have to think of his price. It’s still early stages in FIFA and dumping almost 200k into an untradeable card means a lot of those hard-earned coins will be stick on Ansu Fati for the rest of the game. You won’t be able to get them back, so keep that in mind.

Compared to the other untradeable SBCs already included in the game (Calvert Lewin, Thiago Silva) this might be the worse in terms of pure value so far.

Overall, this SBC seems quite overpriced as it currently stands. It might decrease by 10-15k over the month (you can get your hands on your card for the next 30 days), but this still makes it an extremely expensive card in terms of what you get out. I’d give this a 6/10 in terms of pure value.