Should You Do The Adama Traore Freeze SBC In FIFA 21? In The Running For Worst SBC This Year… 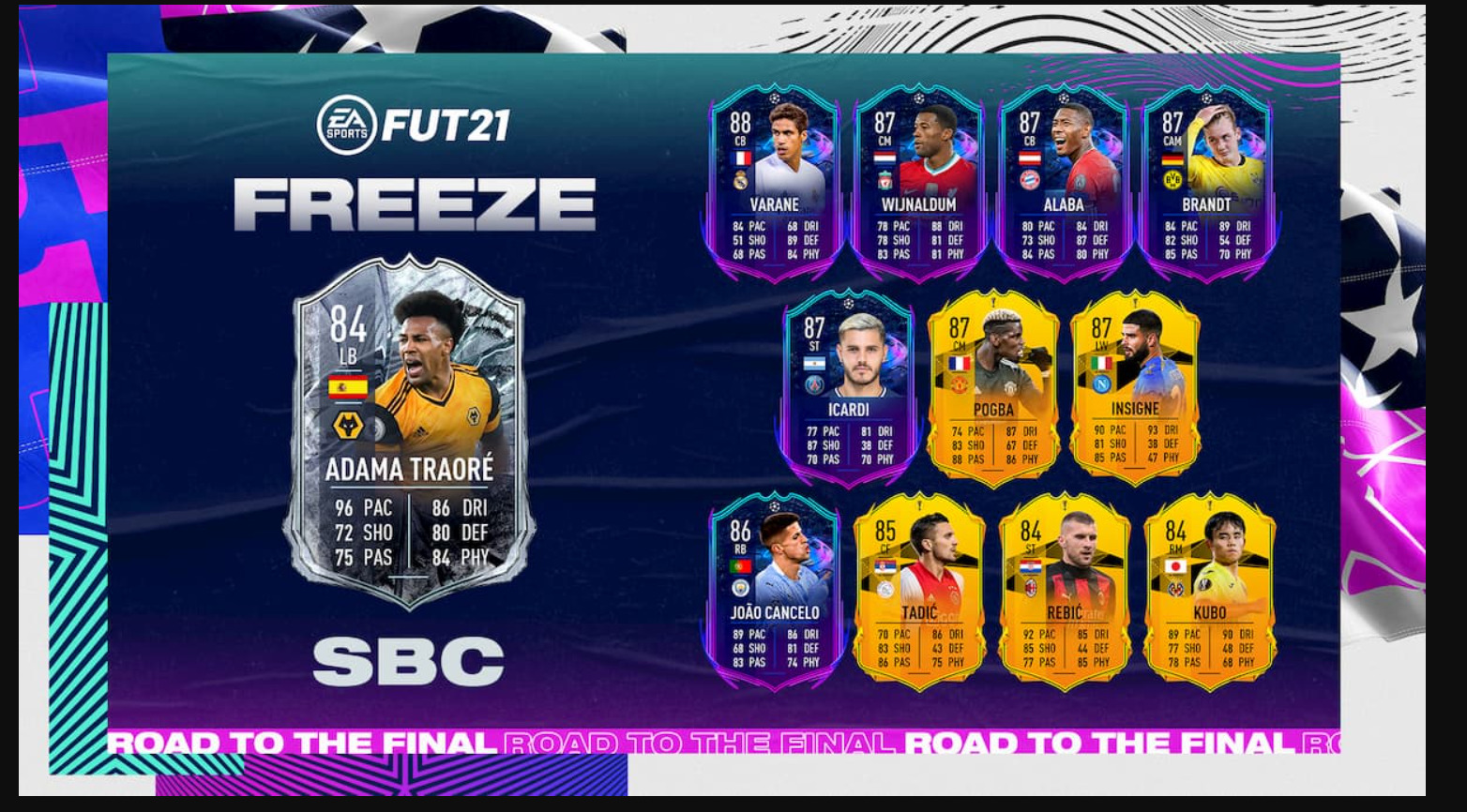 Adama Traore was a fan-favorite at the start of FIFA 21, his right-wing card making an appearance in pretty much everyone’s original Premier League starter team. That insane pace and strength stat were key attributes, even his passing and dribbling weren’t completely meta.

So how does this Freeze SBC for Traore shape up? Well, first of all, it’s a LB card. Not exactly what anyone had in mind when they were expecting a Traore promotion card. It’s the sort of card people would much prefer as as a striker, but fullback is what we’ve got.

As expected, the SBC has a Premier League premium and an extra couple thousand coins chucked in because of his blistering pace. That means the card will come in at around 200k on both consoles. That’s quite a lot of coins, especially for a LB.

Here’s a closer look at the stats thanks to FUTBIN. It’s worth checking out the detailed layout of stats on Traore’s card, because EA have essentially buffed every facet of the card. 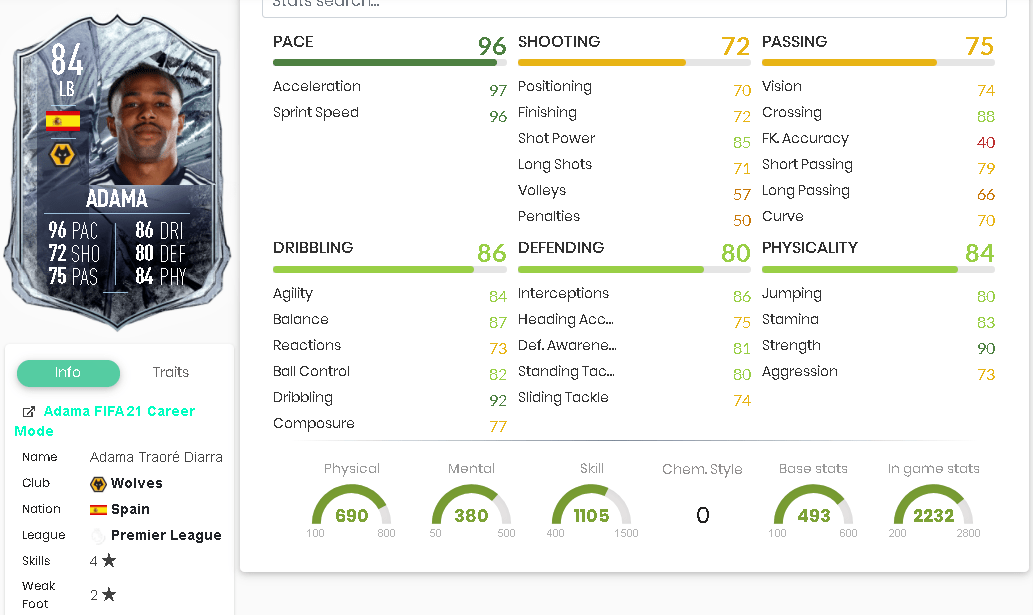 Adama has received massive boosts in some key areas, especially in his defending (+42!) but have also added boosts across the board, including for dribbling and shooting. This card is a straight upgrade on his base gold card.

The same base gold card that was considered to be pretty much broken at the start of the game, extremely overpowered and often playing like a much higher-rated card. This might be one of those situations where it’s hard to tell whether this is a decent SBC or one of the worst of the year.

To get the most out of this Freeze Traore, you probably won’t want to play him at LB. He has 2-star weak foot and high/high work rates. His defending is much better than his base card, but still not good enough for this stage of the game.

This is one of those situations where you’d complete the Traore SBC then use him as a substitute into an attacking role. The definition of a powerful super-sub. Alternatively, you could flip Traore with another player from the mid-field/attack who could play at fullback.

Either way, this Traore is an interesting one – he’s expensive and definitely doesn’t fit the role of LB, but as a card in terms of pure stats, it could be extremely broken. I recommend you complete the Loan version of the card and try him out before committing to this SBC.

RELATED: The Sims 4: Snowy Escape Expansion Pack Revealed And Is Set To Launch In November For PC And Consoles