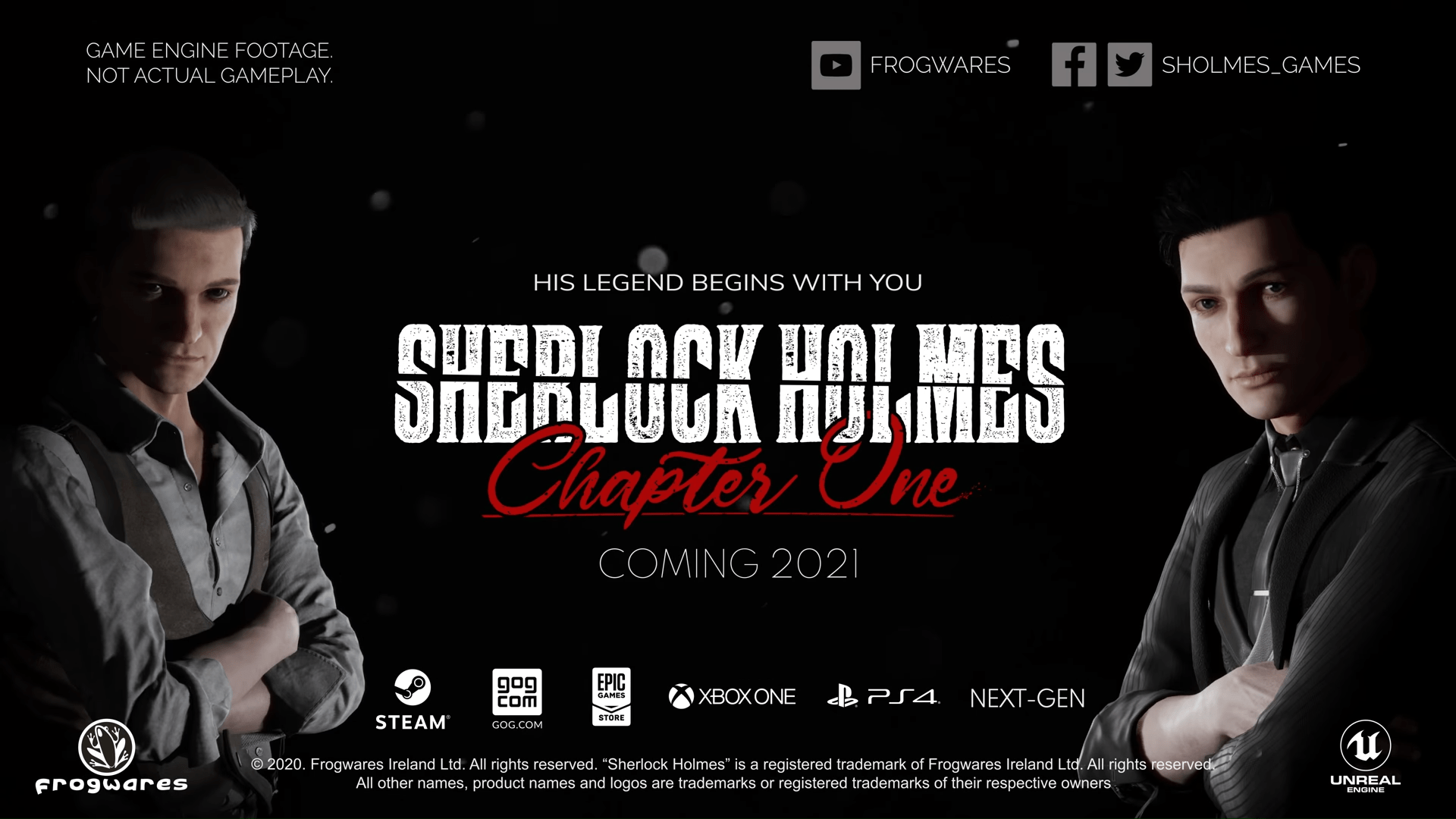 You play Sherlock as he uncovers a mystery on a Mediterranean island. The setting itself is far from the smoky back alleys of London, and although both Sherlock and Dr. Watson look like Baywatch lifeguards, the game still has that Sherlock feel.

Frogwares’ last game was The Sinking City, a dark and gritty original I.P based on the mystery of H.P Lovecraft. It was a fairly successful game, though the reviews were mixed. Personally, the game took what makes Frogwares Sherlock’s games so great and dumbed it down slightly.

Frogwares Sherlock games are well-rated and known for their mini-games, puzzles and adventuring. The Devil’s Daughter was not too dissimilar to Crimes and Punishments in reality, and it will be interesting to see what they do with their new title.

Sherlock Holmes: Chapter One is an open-world detective game where you must use Holmes’ deductive abilities to uncover various mysteries. You join the titular character at the young age of 21 before his Detective career has begun in earnest.

There are a variety of tools at your disposal – your intelligence, deductive reasoning and deception will become key assets as you navigate the dangerous and strange island somewhere in the Mediterranean.

These games are known for their variety of puzzles and problem solving, merging open-world exploration with minute moments of more challenging and logic-based gameplay.

Chapter One is slated to release on all major platforms, including Steam and next-gen consoles in 2021. The graphics look up to par but remember the footage from the reveal trailer is not actually gameplay footage.