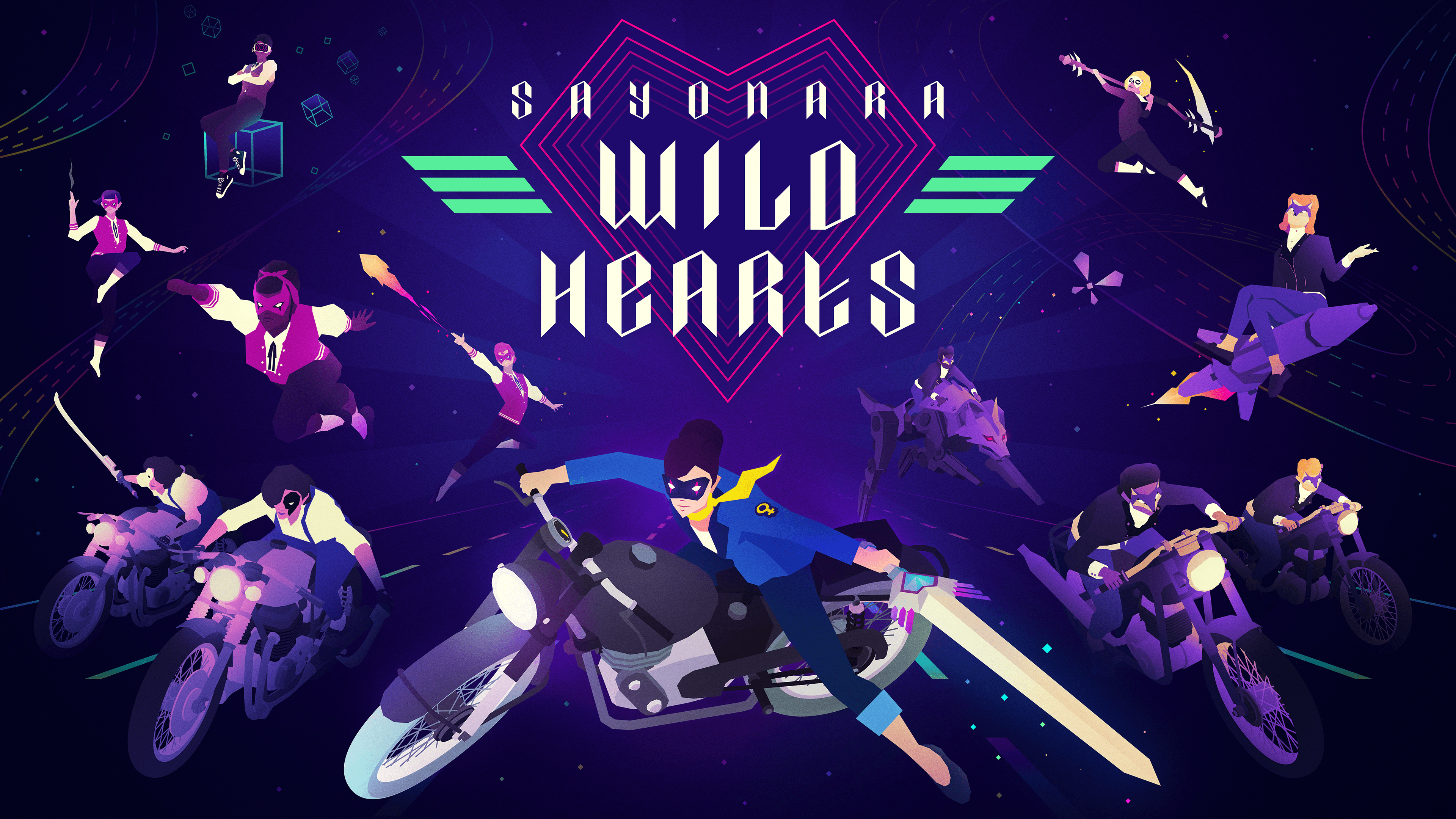 Simogo games is known for making small games, but this time they have strived for a more in-depth experiment. Sayonara Wild Hearts is that experiment. This game is making big news because it is a launch title for a new game subscription service called Apple Arcade games. Although it is being implemented into that service, it is not the only location you can play this game.

This game is being called a “pop album video game” due to its soundtrack driving a lot of the story. It is a game that takes you on a journey at high speeds following the music and the story of the main character. This game is playable on mobile and loses none of its charms on the platform.

“Sayonara Wild Hearts is a dreamy arcade game about riding motorcycles, skateboarding, dance battling, shooting lasers, wielding swords, and breaking hearts at 200 mph,” reads the website’s description of the game. The speed and the pounding music drives the action forward and makes it almost a hypnotic experience.

The developers made a smart choice when they decided on both a mobile and console launch for their game. By reaching a wider audience and bringing the pop soundtrack into a more accessible world, the game will quickly speed into the hearts of many fans.

The story itself follows the heart of a young woman as it breaks. The entire balance of the universe is disturbed, and a diamond butterfly leads her to a faraway place in her dreams. She meets her other self; a masked biker called The Fool, and then her journey begins on a highway far into the sky.

The soundtrack is custom-written pop songs and chase scores. The entire purpose of the journey and the music is to find harmony in a broken universe. Hidden in the hearts of Little Death and her star-crossed allies: Dancing Devils, Howling Moons, Stereo Lovers, and Hermit 64 is the answer that the girl seeks.

Artistically the game is stunning, and fans are already discussing VR ports of the experience. High-speed racing with beautiful pinks and blues in the environment gives it almost a futuristic feel while still maintaining a dreamlike state.

The game will be available on September 19 on PlayStation 4, Nintendo Switch, and Apple Arcade. It is a journey that is sure to move your heart and push the limits of speed as you find the true answer to inner harmony within the dreams fo a young girl.

More Details Released For Pokemon Go's Next Community Day, It Is Time To Capture All The Turtwig's You Could Ever Want