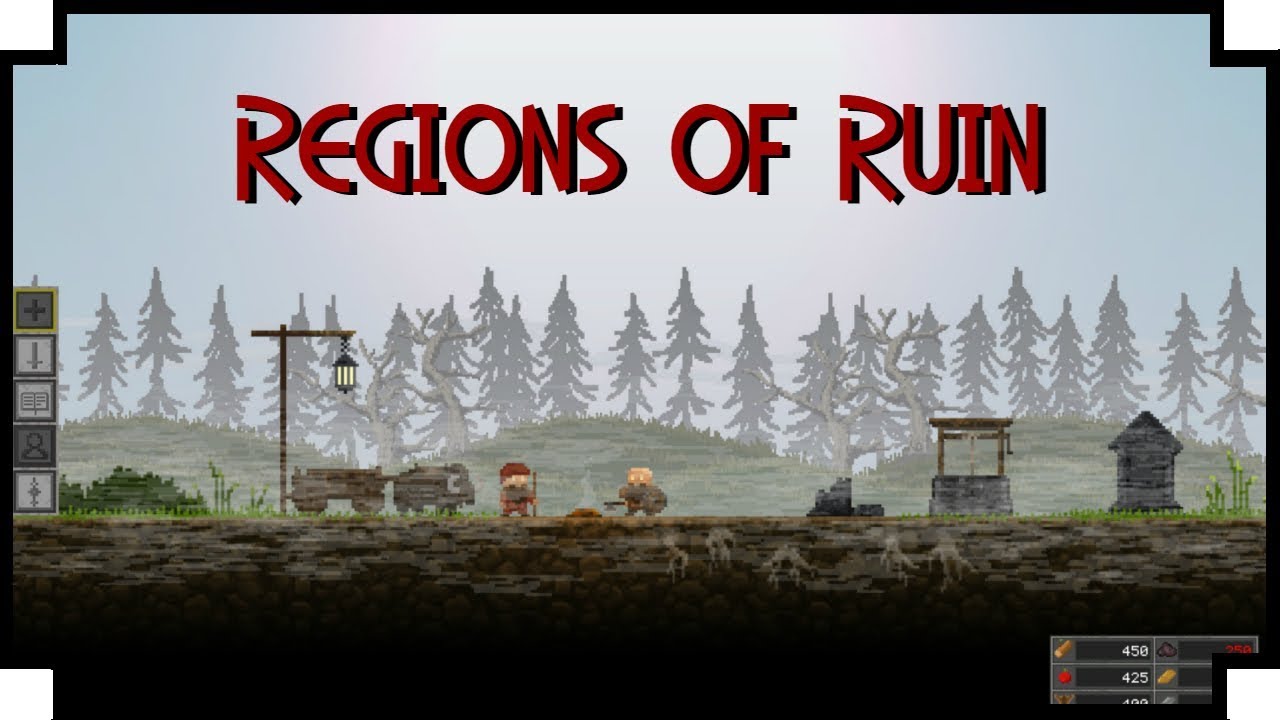 The world has seen better days. Warring groups ravage the lands as monsters, bandits, and other nightmares plague what remains of a once-great civilization.

As society tries to rebuild, you, the hero, have to play your part in bringing the world back into an era of peace. Battle, build, and befriend your way to a better future in Regions of Ruin.

A 2D sidescroller, Regions of Ruin takes elements of standard RPG fare and combines them with town-building. Between completing quests and battling, you’ll navigate the world for resources, not just to upgrade your weapons and gear, but to rebuild your village.

Regions of Ruin is completely open world, giving players plenty to explore. And it doesn’t shy away from combat, either. The game features made intricate leveling system, with stats playing an important part in how you conduct battle. An extensive skill tree forces you to make difficult choices on what to invest in to better prepare for the battles ahead, and to better focus on your fighting style.

It’s not just about the combat, though. Remember, you’re rebuilding society, and you’ll need skilled hands to do it. Save dwarves from extinction and have them help you in the rebuilding process.

As you progress, you’ll encounter workers you can send out to gather resources while you’re off questing. Cut down on gathering times, or increase resource accrual by farming while your workers are out gathering. By collecting loot, like treasures and ore, you can great all kinds of weapons to keep your village safe.

You can also task mercenaries with aiding you in battle. Many hands make light work, even in, and especially in, fighting back.

Regions of Ruin also features several quests to undertake as you progress through the main storyline. As the story goes on, you can further expand your town, bringing in more NPCs to help things along in your settlement. The going will be rough (even rougher if you decide to raise the difficulty level for a better challenge), but the rewards will be great.

Regions of Ruin will see a release on the Nintendo Switch December 23, 2019.