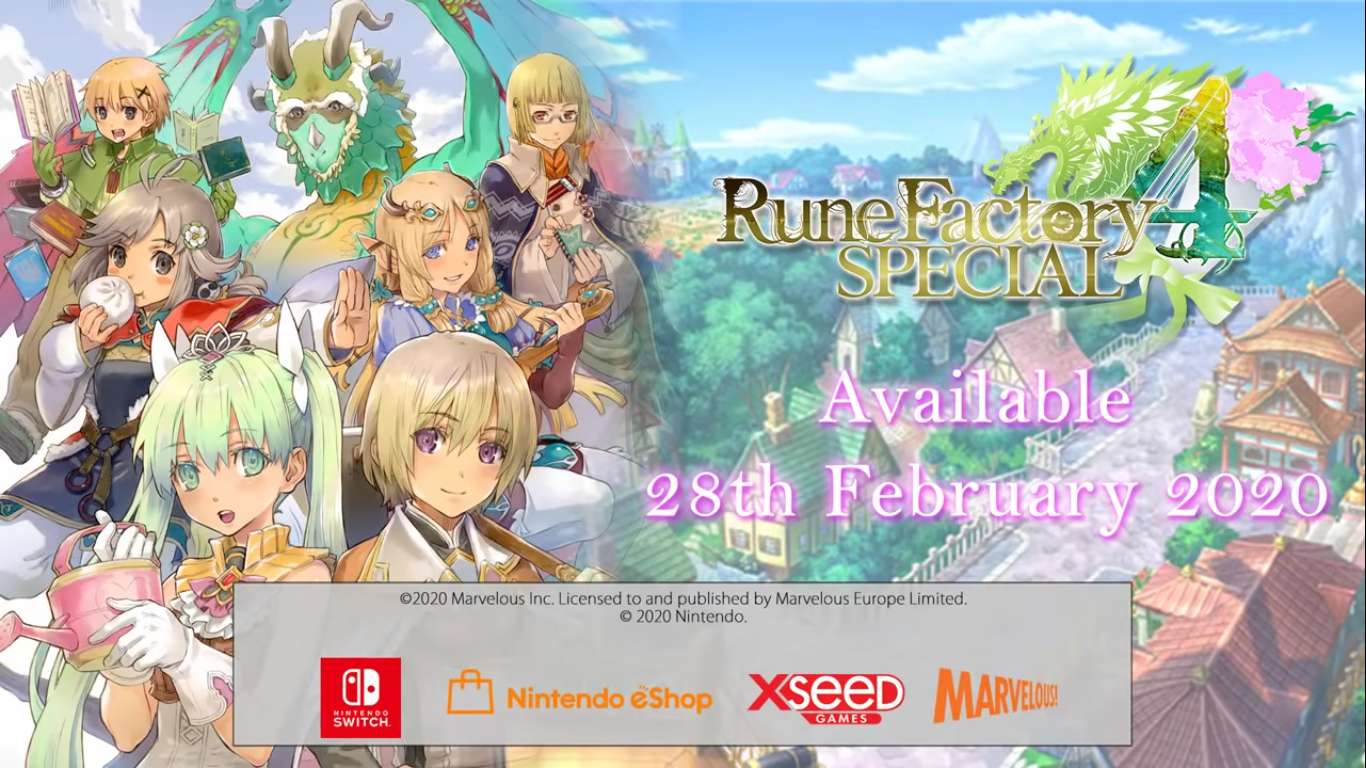 XSEED has announced the release date for the Switch remaster of  Rune Factory 4 Special. The game was originally released on the 3DS, but it will see new life on the Nintendo Switch. The game is set to release on February 25 in North American and on February 28 for Europe and Australia.

A ton of screenshots and a trailer have been released to show off the upcoming title. XSEED is handling the port and is making sure to keep the initial charm of the title. This announcement comes right after the eShop listing, which provided the release date sooner, but confirmation is always a good thing for fans.

Rune Factory 4 features the vibrant world of Rune Factory in a legendary fantasy adventure. The game is a hybrid between a life simulator and RPG but never loses its charm. The world of Selphia will never be the same in this epic tale of farming, crafting, and exploration.

If you pre-purchase the game, you can get a special “Swimsuit Day” DLC. This will allow players to change all marriage candidates’ outfits into swimsuits no matter the weather. This alternate outfit is special for the pre-order, and it is currently unknown if it can be purchased post-launch separately.

This game is a life simulator at its core. Players start a life in a village ruled by the Native Dragon Ventuswill. Here you can grow crops, raise monsters, catch fish, and craft powerful equipment. The choice is yours as to how you want to live your life within the small village.

Become a part of the community where friends, and more than friends, breathe life into the village. Each of the interactive cast has unique dialogue and occupations giving them a different feel than traditional fantasy RPGs. With seasonal festivals and competitions, you will quickly make friends or enemies with the townsfolk and feel like a part of the world.

The remastering will also include a special story that you can experience alongside your chosen spouse. Int eh new Newlywed Mode players can fall in love with their favorite characters all over again. If you want a bigger challenge then marriage, feel free to try out the new difficulty mode and make the entire game a bigger challenge.

New cut scenes, colorful CG illustrations, and an updated opening sequence help rebirth the game into a new generation. Rune Factory 4 Special will be released on the Nintendo Switch February 25 and is already available for pre-purchase.