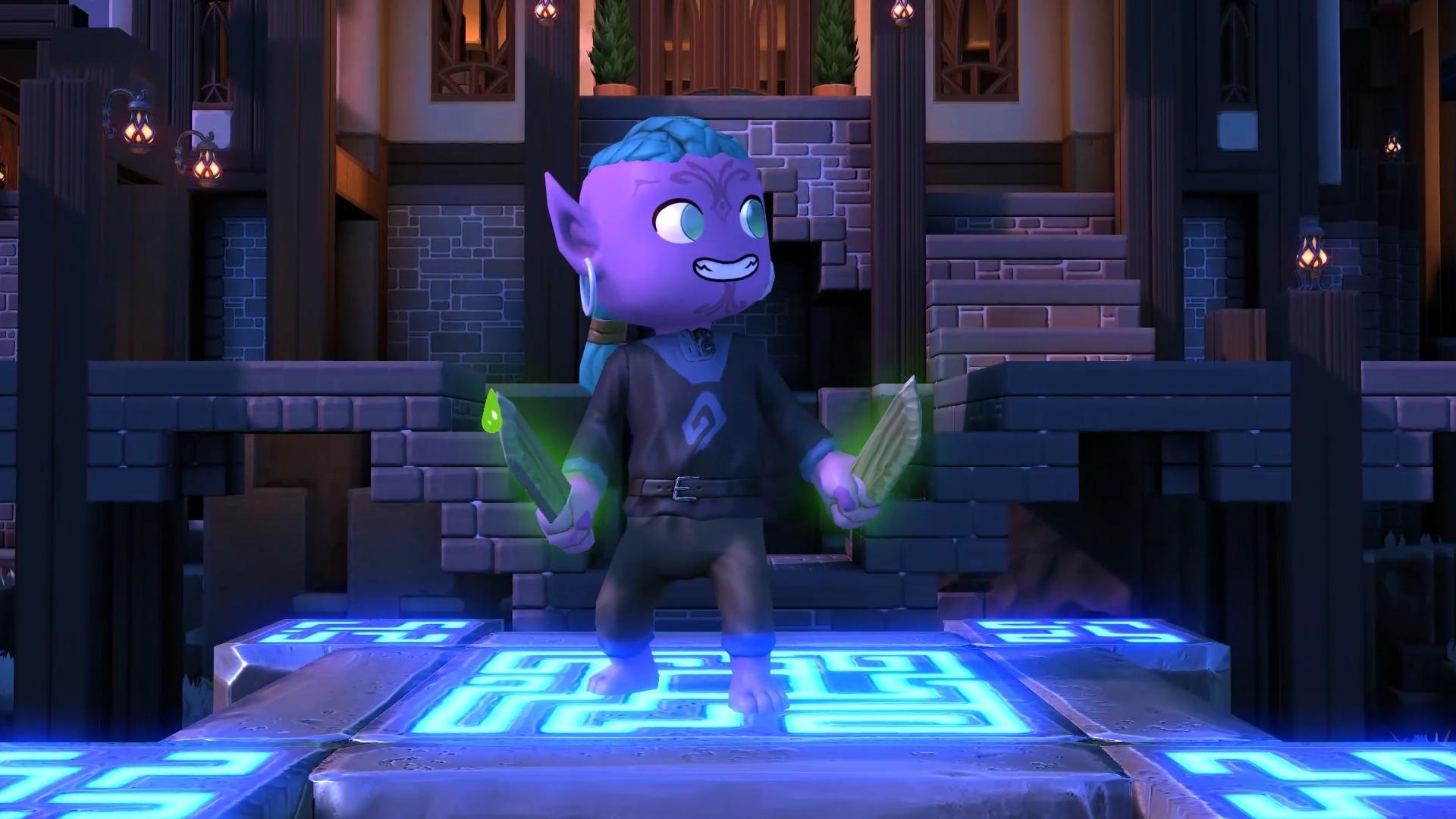 Coming off the heels of E3, Portal Knights is releasing a brand new update. Called Elves, Rogues, and Rifts, it injects some new flavor into the two-year old title, firstly with the introduction of an entirely new planet, Faynore.

With a new planet comes new resources, and with it, new materials, and from there, all new weapons, gear, spells, and stations.

Introducing FAYNORE, a new planet ready to be explored! Coming to the Elves, Rogues, and Rifts DLC expansion this summer.

Coming to PC, PS4, Xbox One and Nintendo Switch. pic.twitter.com/T3zygKTxXi

One of the biggest draws is the ability to choose the new Elf race, and with it different skin tones, eye colors, hairstyles, and facial features. What this means for the Human race is unknown, but also coming is the Rogue class, which is said to excel in stealth and backstabbing (in the video below you can see the Rogue teleporting and quickly backstabbing an enemy mob).

Also having players old and new chomping at the bit is the Rogue dual-wielding, as well as the advent of a new Rogue crafting station. Also joining the game are new merchants, and new locales, including the Elvish City and the Rogue’s Guild (seems like mages will forever go on wanting for a home of their own.)

Prepare to master new talents and skills such as stealth and backstabbing, as you head off on your adventure.

Coming to PC, PS4, Xbox One and Nintendo Switch. pic.twitter.com/7IwlItbl5G

Rifts are said to be “…randomly generated passages filled with devious traps and puzzles, and never-seen-before enemies.” 505 Games also touts the replayability of these Rifts, as well as them containing “rare and powerful treasures.” This could mean a lot for veteran players who may have gotten burnt out on the game.

Get ready for the the new roguelite RIFTS! A completely new, highly replayable game mode that will challenge both new and veteran Portal Knights… pic.twitter.com/1R3OoYBBUe

In the video we see fireball launchers, lighting paths, and light-up puzzles, along with new items being collected. Until now, the only dungeon in Portal Knights with replay value was the Tomb of C’thiris, a glaring problem that 505 Games seems keen to rectify and draw back veterans with, and gather new ones.

Upon defeating the Hollow King and reaching the Portal Knights Sanctuary, the players get an inspiring, yet ominous message about how someone or something had control over the Hollow King; this update could very well answer those lingering questions, but might also bring a slew of new ones with it.

505 Games remains cheeky, teasing the fanbase with snippets of video at a time, and tantalizing explanations of what’s to come.

Overall, the game will bring with it new NPCs, new quests, new recipes, and much more. The DLC is expected to drop this summer (and will cost, but pricing is unknown at this time), and will be available across Nintendo Switch, Playstation 4, Xbox One, and PC. Stay and play savvy, fellow gamers.

Nov 25, 2020 Lisa Nguyen 4450
A new Drawn to Life game was announced for launch next month. Drawn to Life: Two Realms is the latest game from 505 Games and Digital Continue. The...