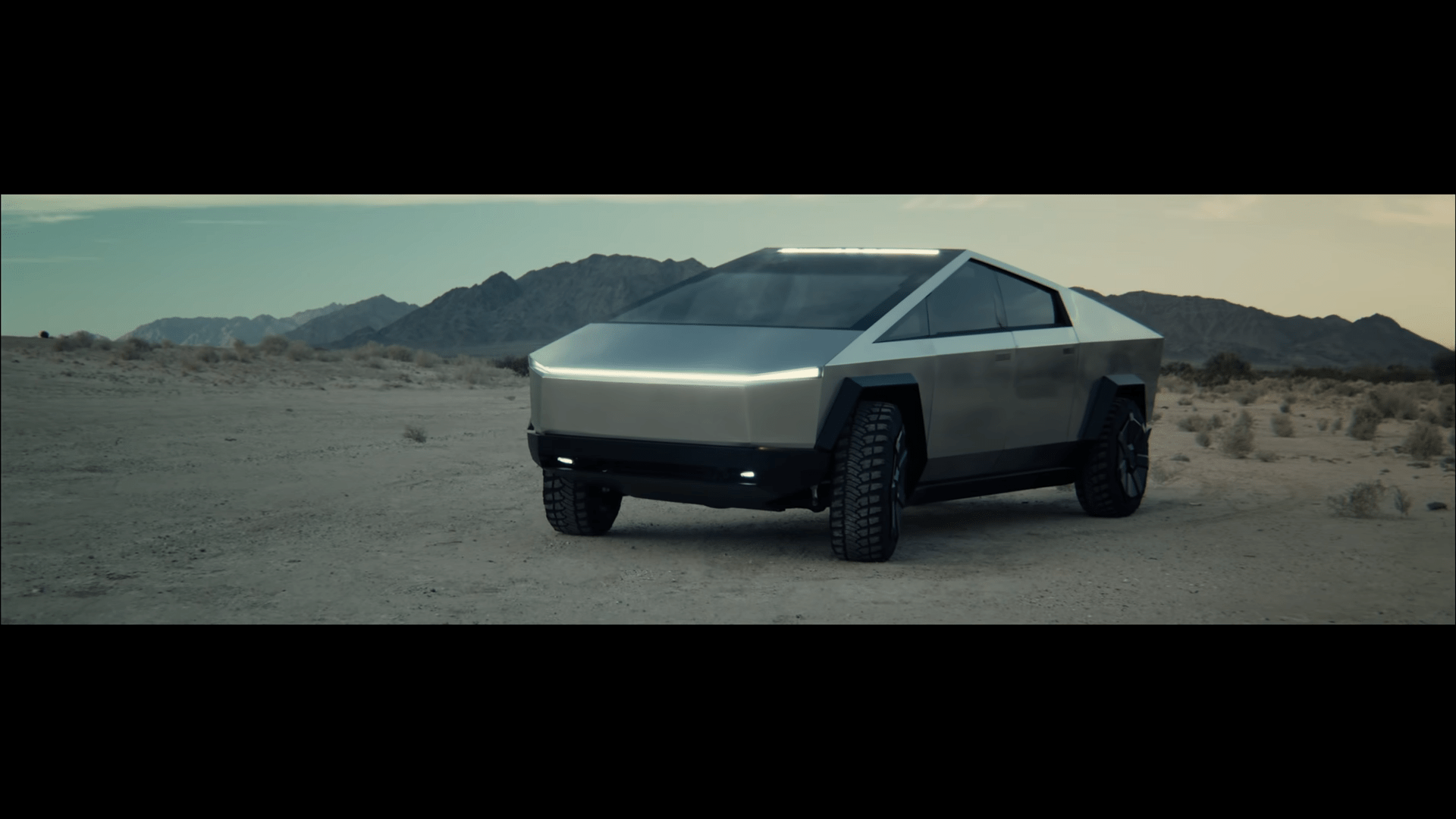 A bunch of different things happened immediately after the Tesla Cybertruck reveal, where Elon Musk notoriously stood in front of a broken window after some mild mistakes during the presentation.  The body of the futuristic truck was a stark contrast to the crumpled driver’s side window as Elon Musk continued his speech about the truck’s surprising capability, including being able to tow a Ford F150 up a hill (although that part of the presentation was more for show).

First, we saw a myriad of images showing how well Tesla’s Cybertruck looked shopped into Cyberpunk 2077 images, to the point that there is heavy speculation currently ongoing about the truck actually being in Cyberpunk 2077.  The angular design of the truck’s frame, along with sleek dark windows, already finds itself at home in the futuristic (if dystopic) realm of CD Projekt Reds upcoming RPG.

Yet now there is yet another game-related movement occurring with the Cybertruck; Rocket League fans have started a petition to bring the truck into Psyonix’ competitive hit as a DLC.  Granted, the truck would look equally pleasant in the 3v3 ‘soccar’ theme, which already includes notable vehicles from Back to the Future, Batman, and other titles.  Additionally, and perhaps most importantly, the vehicles hitbox looks very similar to what we currently experience using the ever-popular Octane.

The petition surprisingly has legs, as well, with many talking heads discussing the probabilities of the Cybertruck actually being added. It’s worth noting, however, that Rocket League did just change from their crate system to an item shop, and simultaneously announced that there would be no additional DLC’s.

So it’s unsure precisely how this could work out.  With Rocket League‘s items currently holding some incredible pricing, it remains to be seen how popular the shop will be with current fans, and how the shop will thus react.

It’s possible that the item shop hosts special cars on their featured showcase that will only be purchasable for 48 hours; tactics limiting the run of special items has worked very well for the Steam platform in the past, during their unique sales that made PC gaming infinitely cheaper than consoles.

Although that could frustrate fans that are unable to get into the game during the limited runs, it seems like a viable option to encourage users to invest in Rocket League’s new shop, where credits are used instead of keys.

Both Tesla and Psyonix have yet to report on the fan petition, so all backers of the concept can currently do is sit on their hands and wait.

Rocket League Competitive Season 12 Is Now Over, So Gamers Can Now Check Out Their Rewards And Start Season 13!

Oct 8, 2020 Chris Miller 35930
There's very little that is more pleasing than watching cheaters deal with the repercussions of their actions as inevitably, the system will catch up...

Sep 22, 2020 Chris Miller 10300
We can readily file this one under controversial: Valorant professionals have begun taking to Twitter to air their grievances regarding the newest...

Aug 29, 2020 Chris Miller 11942
Shooter titles are, frankly speaking, a dime a dozen on PC at the moment as they all attempt to get a stranglehold onto a loyal player base. The...