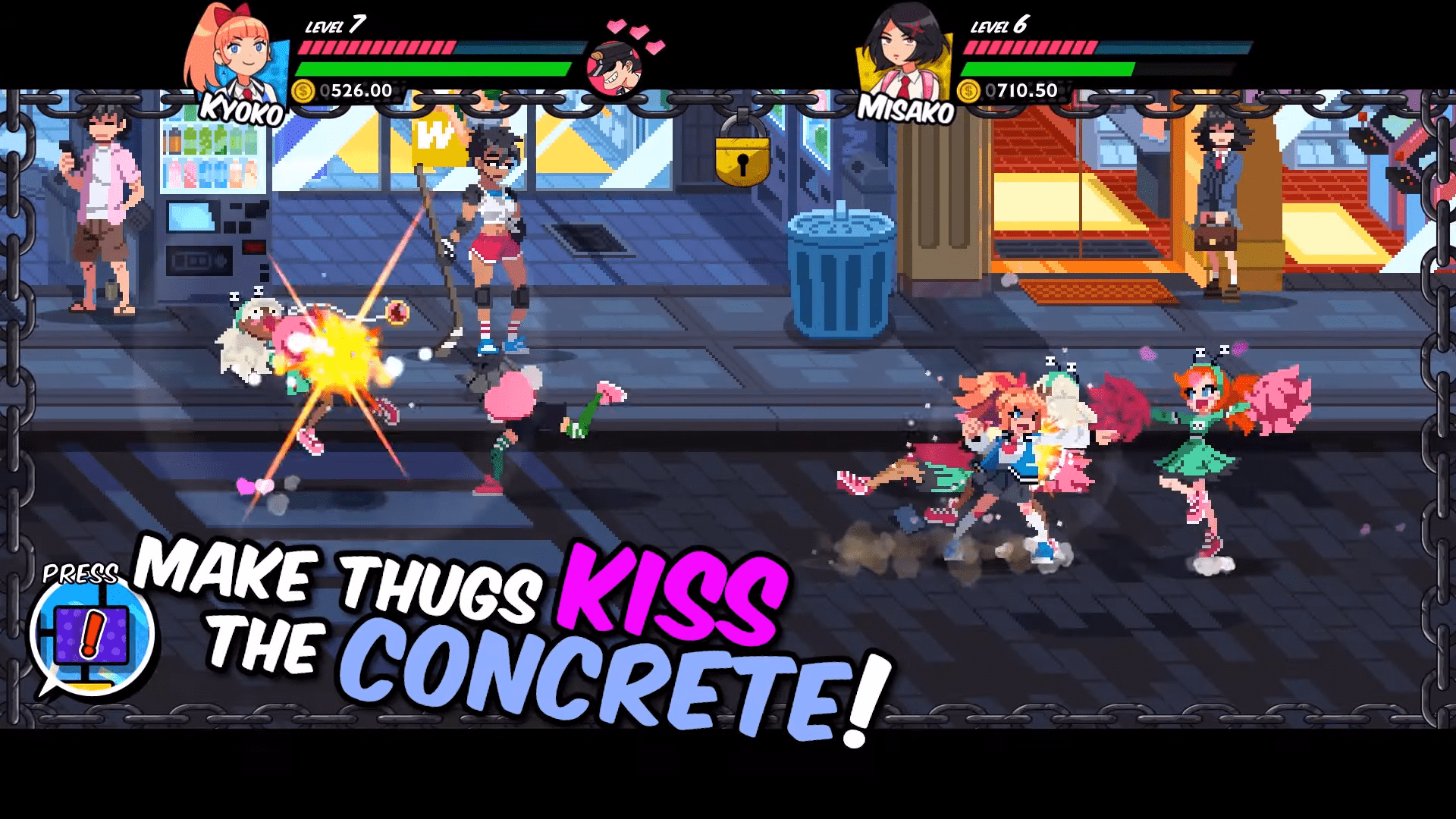 The side-scrolling action slap-down simulator that echoes others side-scrolling titles such as Double Dragons has been released for four months thus far and has enjoyed relatively strong reviews considering the niche genre that it explores, and interesting dialogue that seems to dislike being a video game.  With a single-player campaign that has you delivering some righteous fury by yourself, and cooperative play available with drop-in and drop-out ability, it’s a classically-styled title that some may very much enjoy reflecting on.

The newest 1.1 Patch brings input transitioning and NPC interaction by holding the attack button, and three various bug fixes.  What has captured the attention of audiences is that the patch includes a new ending being implemented after a secret boss encounter.  The patch details are cryptic, and many are asking if this alternate ending brings the ending more in-line with the Japanese release of River City Girls.

Until users can start getting to the new ending, there’s a lot of speculation being thrown about forums such as Reddit in terms of what the ending actually entails.  Some are venting their frustrations with the sudden difficulty uptick found when confronting bosses, and that the developers at WayForward aren’t focusing on bringing them more in line with the rest of the game.

Others are thrilled that a new ending has been implemented, as they feel as though the current ending falls a bit flat.

What hasn’t changed is still a solid offer, regardless of where you fall on the ending argument that apparently seems to have been mitigated by the works of WayForward.  The soundtrack is an impressive array of fantastic beats and rhythm that perfectly punctuates the action happening on-screen, and beating up the various thugs of River City feels fantastic in the 16-bit style that has been all the rage of indie developers for the past ten years.

There is still the remaining issue that has been reported of the control schemes being rather finicky and occasionally unresponsive, and four months after their initial release with the control scheme still being flawed in a fundamental manner is a bit concerning.  The majority of negative reviews concerning River City Girls note one of two things; the original ending being…anticlimactic, and the control scheme that seems bent on frustrating players.

Worth noting that River City Girls has been released for the Nintendo Switch, Xbox One, and PlayStation 4 as well, where the controls are reportedly not as much of a frustration to handle.  Time will tell if WayForward will address this issue in upcoming updates.