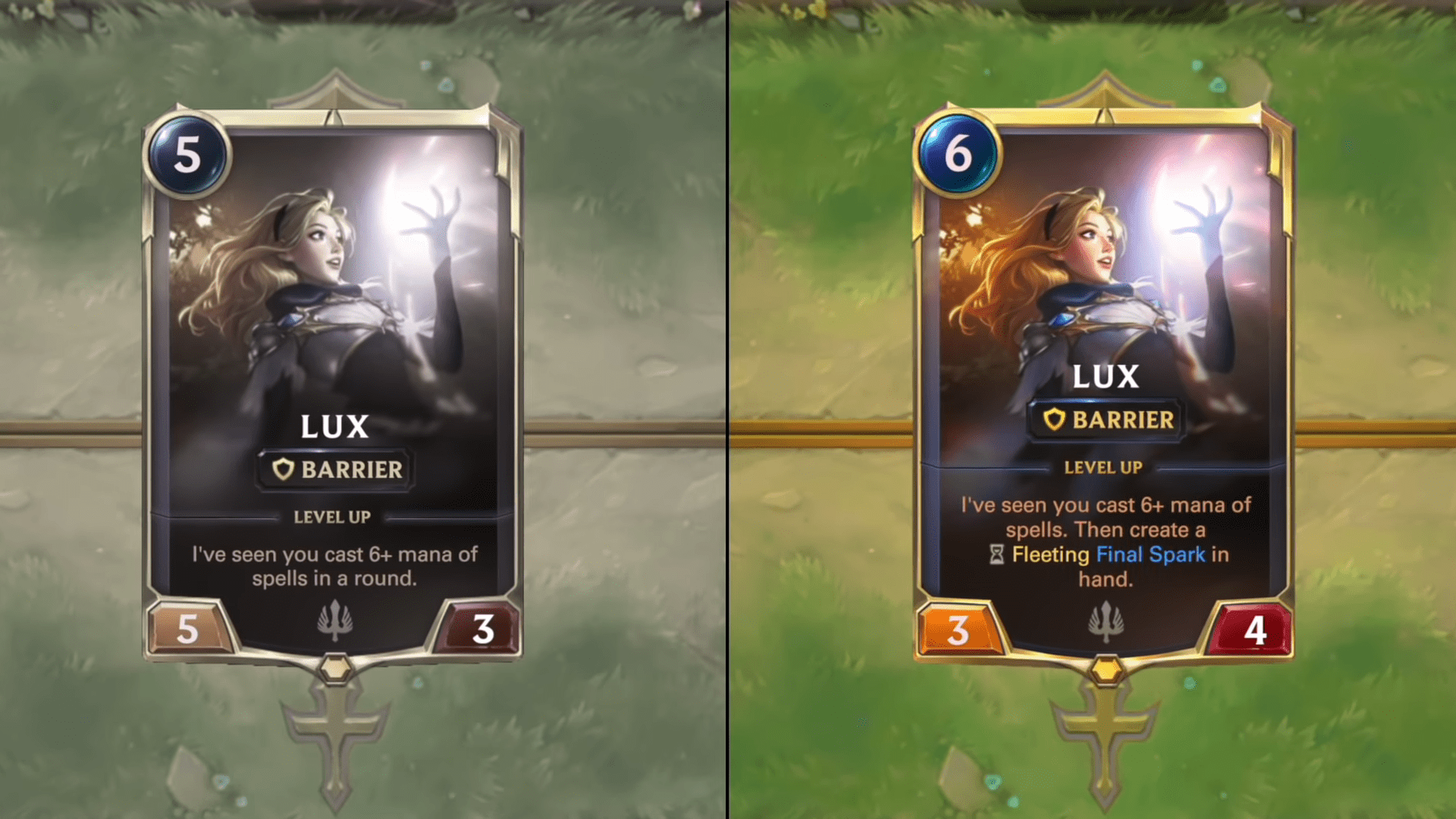 Riot announced several new games in development during its 10th-anniversary celebration held last month. One of them is Legends of Runeterra, a strategy card game attempting to dethrone Blizzard’s Hearthstone. Built around the League of Legends universe, LoR’s second beta is set to roll out today, and it has enormous changes.

Visit https://t.co/euJZaizleT and pre-register for a chance to play in this preview patch and future events. pic.twitter.com/GMDS4YRzRR

The beta will include 40+ card balance changes, which include champions and regular cards. Among these is Lux, one of League of Legends iconic champions. She will now cost six mana from five and will harness three attack power down from five. Though these seem like tremendous nerfs, her third form, Final Spark, will cost 0 mana from 6. Riot noted that Lux’s changes were due to her being difficult to build around with and has no real deck in the game’s current state.

Fiora, Anivia, and Deny will all be in the Watchlist, which means that Riot is considering balancing these cards. The changes can base on the card’s meta impact, win rate, and power level.

A hybrid game mode between Hearthstone’s Arena and Tavern Brawl, Expeditions lets you draft cards as you win against as many players as you can. Upon logging in to the beta, players will receive free Expedition token and 8000 shards to start experiencing the draft mode.

Riot promised that not all patches would be as extensive as this beta patch. They pointed out that Legends of Runeterra is “still in very active development,” and they are intentionally experimenting to find the stability between balance and fun. In their blog post, they have philosophized their intentions to the changes, namely:

The beta will start at 8:00 AM PST and ends November 19 at the similar time. If you had access to the prior beta, you automatically gain access today. Those wishing to participate can register through LoR’s website or via Twitch drops.

To view the complete patch notes, including all the improvements and bugfixes, click here.