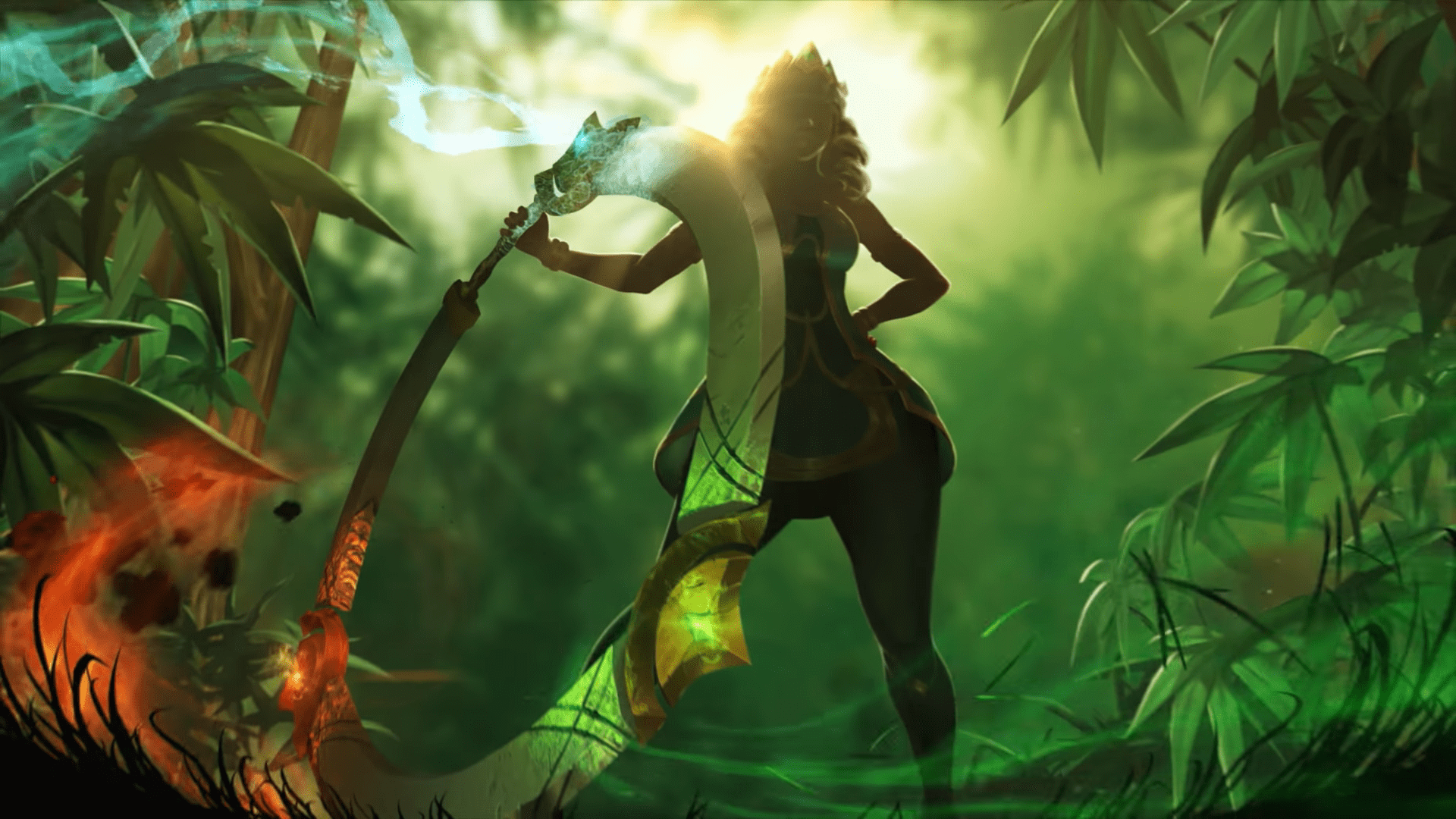 It’s been less than a month since Riot Games released their latest champion, an adorable magic-damage support called Yuumi, and now they’re gearing up to drop the next.

League of Legends just released the official champion teaser for Qiyana, Empress of the Elements. The 27-second trailer features a shadowed depiction of Qiyana standing amid a jungle setting. Most notable is the large weapon she’s holding – a big circular disc with three points spaced out around it.

Throughout the video, each point lights up as elemental energy from the earth and water flows around the disc from the world around her. As this happens, Qiyana narrates, “I have raised jungles… shaped lands… and commanded rivers… this world answers to me!”

In the April 2019 Champion Roadmap, in addition to discussing the upcoming Mordekaiser rework, Riot also talked about “the next new champion we plan on releasing into the wild.” They described Qiyana as being a “solo lane AD assassin” who “has powers which give them all the elements they need to use their surroundings in clever and innovative ways.”

While we have yet to see what her abilities will be like, it appears that they will be rooted within the elements. Based on the teaser trailer, this will consist of the earth and water, but it will be interesting to see how air and fire might also play into her ability kit.

Throughout the 144 champions currently available to play, there are several that interact with nature in some way – such as Ivern, whose abilities play around nurturing jungle camps and spawning bushes, or Janna, who uses the wind to help her allies. However, Qiyana will be the first champion Riot releases who has an ability set based solely on the elements.

Depending on how Riot chooses to flesh out her kit and playstyle, it will be interesting to see if she will be able to directly interact with the map in-game and how these interactions will affect future gameplay.

Based on previous champion releases, Riot tends to take approximately 2-3 weeks after the initial teaser trailer before the champion hits the live servers. Now that the first teaser for Qiyana has been released as of June 6th, it shouldn’t be long before League of Legends shares more about her background story, abilities, and information about her playstyle.

Until then, League players will need to ready up for a brand new assassin to make her way onto the game.