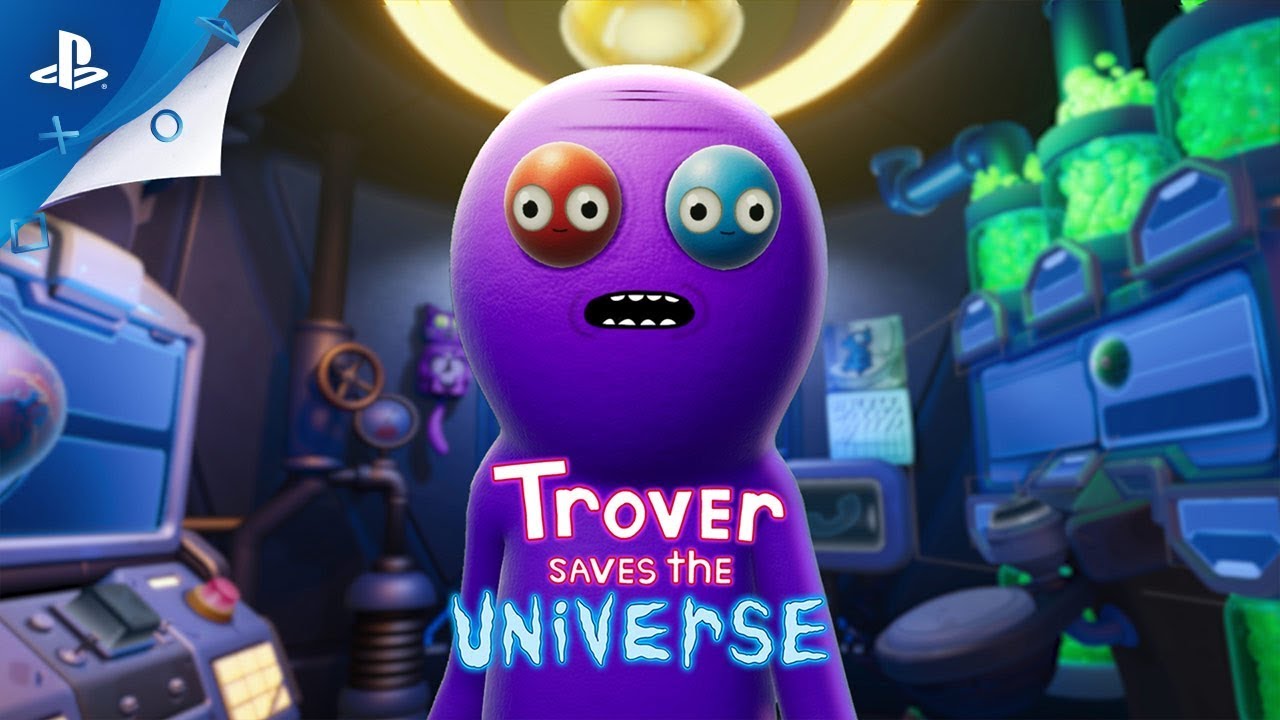 Trover Save The Universe has been released on PlayStation 4 and PC. This game has surprised fans and is making headlines even amid E3 announcements. Justin Roiland, the creator of Rick and Morty, has created a beautiful combination of comedy and entertainment.

Roiland has exceeded expectations with Trover Saves The Universe with his unique style of humor. In the game, you play as Trover who must save his pet dogs from a beaked nemesis known as Glorkon. Glorkon who has stuffed the poor dogs into his eye holes. Using the power of these dogs, he plans to destroy the universe, and Trover must stop him.

Trover Saves The Universe shows its unique angle through superb writing and masterful storytelling. Players are carried through the story at a brisk pace, and the plot is presented in a way that players will always know what to do next. Trover travels through several mind-bending worlds where the characters all have hilarious dialogue that fans are sure to enjoy.

The universe is filled with platforming, combat, puzzles, and morally questionable choices. Everything hangs in the balance on the efforts of Trover. Although players might try to do the right thing, even the best intentions can go awry if left unchecked. Players can control all of Trover’s movements, but you can not control his mouth. This character, much like other creations by Roiland, has a lot to say.

This game comes from the teamwork of Roiland and former Epic Games producer Tanya Watson to found their new virtual reality game studio. They call the studio Squanch Games which is a reference to the Rick and Morty Universe. The studio is dedicated to creating new virtual reality projects and although Roiland is aware of the limits he is pushing forward anyway.

Trover Saves The Universe is said to excel in virtual reality, taking full advantage of the system and immersing players in the environment. It is similar to taking part in an entertaining TV show. If you mix the controls, story, and comedy the entire game blends together, creating a unique comical experience.

This is not Roiland’s first encounter with VR after they unveiled the original Rick and Morty VR games. Although there was not much to the first game, this one seems to have a lot more available. It could be that Roiland has slowly become the master of virtual reality game creation.

Trover Saves The Universe costs $29 on PlayStation 4 and PC or if you have an Epic Games discount fans can get the game for only $19.

Oct 6, 2022 Tom Lee 90
Overwatch 2's debut has been a complete disaster, and the new character pages are only one example of the widespread dissatisfaction with Blizzard's...