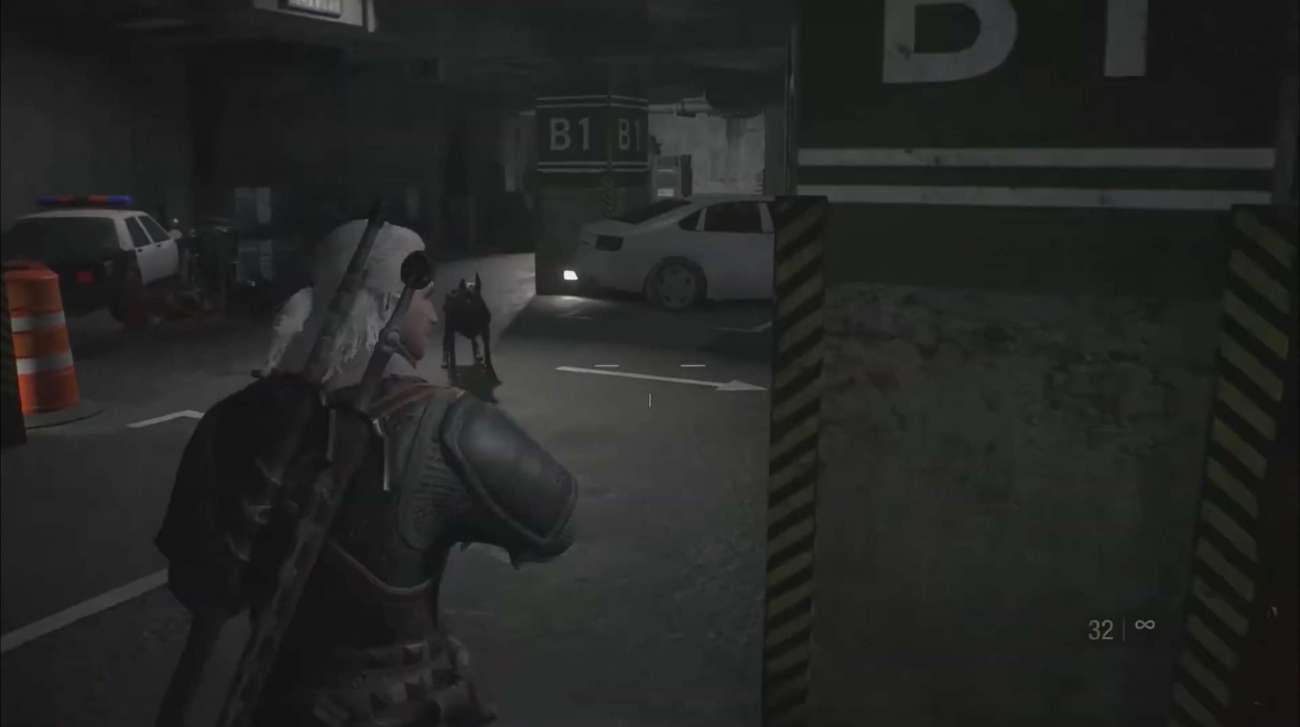 There are a lot of great games that receive heavy modding support, but one of the most popular is Resident Evil 2 Remake. The community has come out in drones to put their unique spin on various aspects, particularly the main protagonists and the unstoppable Mr. X.

Thus far, we’ve seen many iterations come and go. Recently, there was a mod substituting Claire Redfield for Ciri from The Witcher 3. Many felt that a Geralt addition was only right. Ask and you shall receive. The modder Wiwilz has delivered once again, bringing the iconic Witcher to one of the best Resident Evil installments to date. He replaces Leon and is the perfect addition considering the amount of success the Netflix series and The Witcher 3 are having as of late.

Let us take some time to break down the character model. Right off the bat, it’s true to what we’ve seen in the video game series. He’s sporting his iconic white hair and deadly steel and silver swords in the back. If you remember, the silver sword is designed for monster-hunting while the steel sword is reserved to human combat. Aesthetically, Geralt checks off all the boxes.

Now let’s get into his fighting mechanics. Unfortunately, the swords can’t be used in actual combat. Rather, they’re just part of his costume as he — just like Leon — has to rely on weapons. That may seem like a major issue, but it’s pretty easy to look past. Going through Resident Evil 2 Remake with guns is already a difficult experience, so just using swords seems like an impossible proposition.

Theoretically, you could try making it through the Raccoon Police Station with just a knife, but that’s probably a recipe for disaster. Fortunately, Geralt has facial animations unlike the recent Ciri mod. Overall, it’s pretty incredible to see what Wiwilz was able to achieve. It’s mods like this that keep the Resident Evil 2 Remake community going strong.

There is always a new change to look forward to, which gives fans novel experiences that they can’t get anywhere else. Who knows what other character mods will surface in the coming months? What is clear is this game has done so well commercially. Its sales still are going strong, which definitely bodes well for Capcom as they work diligently on the remake of Resident Evil 3. It’s a good time to be a fan of this storied franchise. Let’s see what mods come out next.

Aug 10, 2022 Robert James 150
Monster Hunter Rise: Sunbreak's first update, which will add new enemies and difficulties, has been explained in great detail by Capcom. The...