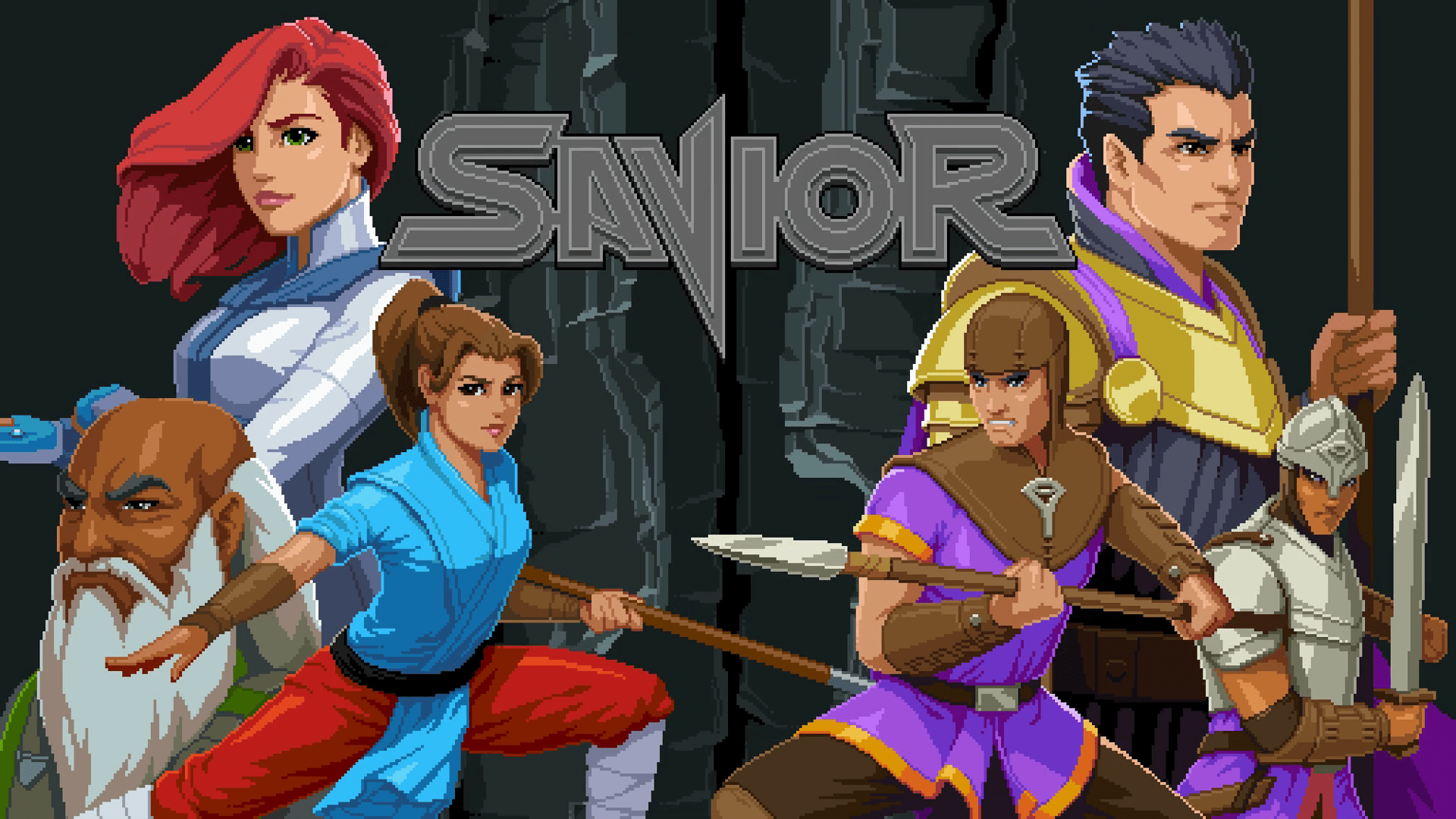 The developers at Starsoft have a vision; combine the exploration and ability hunting of a Metroid game with the deliberate, pattern-based combat of Punch-Out!! It’s definitely an interesting premise, and if the first footage of their upcoming game Savior is anything to go by, it’s one you’re definitely going to get hooked on.

Savior is set in the world of Arcadia, a land that is suffering from hunger and being torn apart by tyrannical rulers. Playing as Sam, your typical amnesiac protagonist who has woken up in a strange land with nothing but your wits, you’ll explore the world and meet a variety of characters who may help or hinder your journey. As you work to uncover your history, you’ll also fight to save the people of Arcadia from a brewing conflict between two distinct factions; The Chosen and The Fallen.

The game features numerous quests that will help you gain favor from certain factions and characters, or perhaps make you vilified by others. Where most Metroidvania-style games featuring linear stories, Savior is all about player choice. You can tackle quests however you want; battle characters in submission, persuade them to join your side through dialogue, or maybe bribe them into helping you. It’s a nice change of pace from the typical “go here, kill this, gain ability” gameplay loop that most of the games in the genre share.

Of course, it is a Metroidvania, so you will definitely be getting some cool abilities along the way that will help you open up new areas of the world. There is also a major focus on traversal, as Sam utilizes parkour-style movement to get around. Movement in the game is context-sensitive, so your jumps will change depending on wall height, terrain, and so on.

You may be wondering where the Punch-Out!! influence is, and of course, you’ll find it in the combat. Fighting enemies in Savior is more than just a hack-and-slash affair. Instead, it’s all about learning to read your opponent, studying the movements and patterns and knowing when to block, dodge, or strike. You can strike out in six directions, and with the game’s incredibly fluid animation system, you can create some really cool combos as you fight your enemies.

Blocking during combat costs you stamina and “ground,” so even though most attacks can be easily blocked with a single button, it might be wiser to dodge and maneuver your way out of danger at times. You can also use your environment to your advantage by throwing water on them and more.

Savior is the result of a very successful Kickstarter campaign, and so far, it looks incredible. There is no estimated release for the game as of yet, but the developers have confirmed that it will be coming to both PC and Nintendo Switch, with more platforms being considered. To keep up with new information on the game, make sure you check out the game’s official website.

May 26, 2020 Harry Alston 10540
Wildfire is a game that has flown under the radar and you'd be forgiven for missing its May 26th release on Steam, GOG.com and Humble. Developed by...

Apr 23, 2020 Harry Alston 6430
Every now and then an indie title really captures your attention, and in this case, it's Wildfire. Developed by Sneaky Bastards and presented by...

Feb 19, 2020 Harry Alston 10180
Stela is a new atmospheric puzzle-platformer on the Nintendo Switch, arriving on the Nintendo eShop March 13th, 2020. From Vancouver-based Studio,...