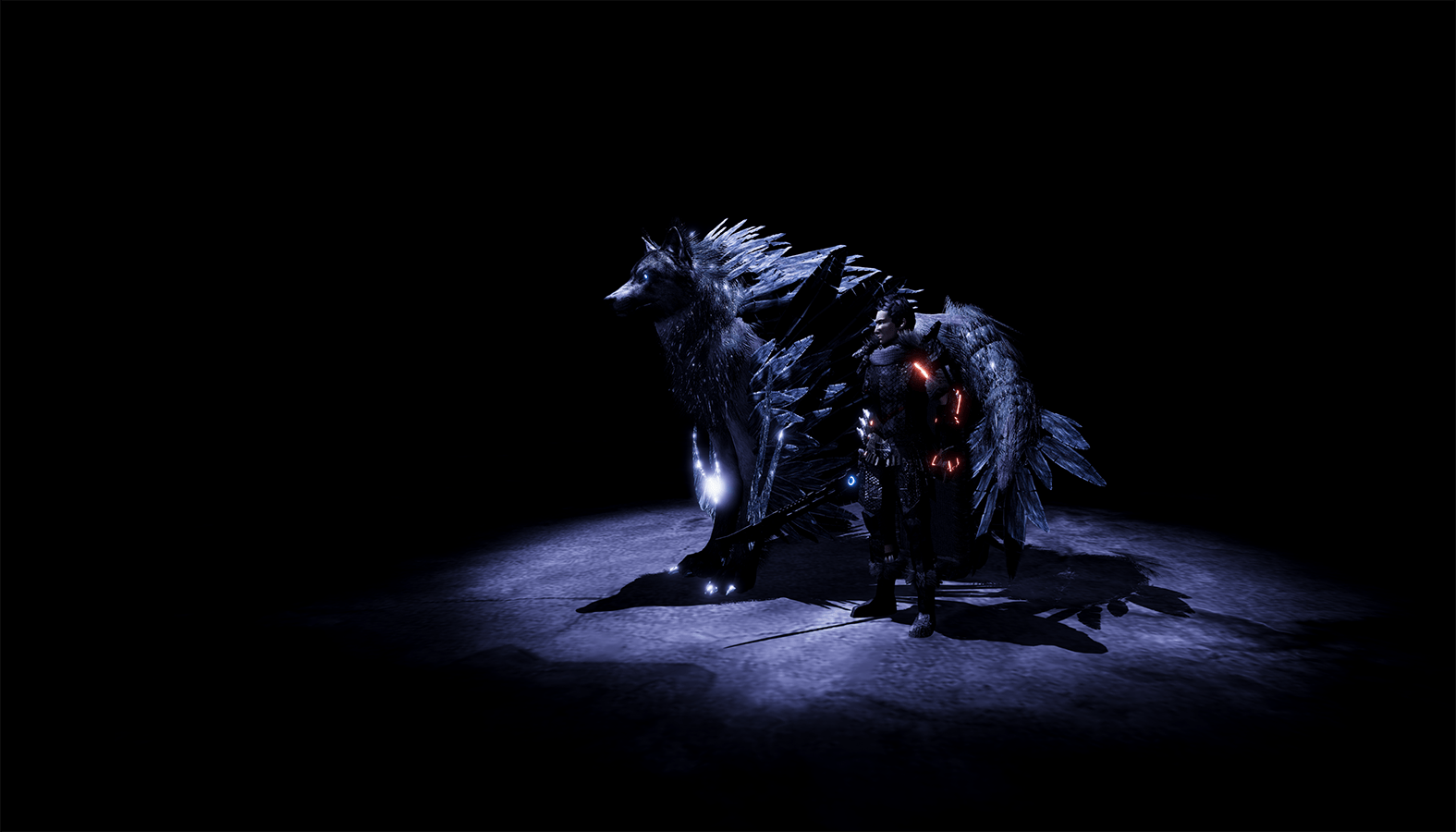 Single-developer indie games are the absolute life-blood of the game industry as a whole; the titles that are developed inside of the imagination of a singular individual and carefully brought to authentic life has stunned the industry time and again(Stardew Valley being an excellent example), so it’s worth your time to take notice when one pops up on your radar.

Enter Project Sky, a 3d adventure crafted by a singular developer in Ontario, Canada by the name of Seth DeGrace.

Inspired by adventure-heavy titles such as Breath of the Wild, Horizon Zero Dawn, and Shadow of the Colossus, Project Sky holds a science-fantasy in the Skylands that are attempting to wage a war against mechanic monstrosities.

Riding on the back of an omnipresent direwolf that can help you in battle (and help you beat feet when that battle turns sour) Project Sky is bringing more than enough content for you to sink your teeth into. 24 unique biomes with their own cultures and rules that the player must adhere to, a massive slew of equipment to help you traverse difficult terrain (grappling hooks will be prominent), and massive bosses that are all interestingly keen on stomping you into the ground.

This world of the title has been in development for the past decade when Seth DeGrace was around 10 years old, and actively developed for the past year and some change; it’s finally ready for users to take their first peek into the world that Seth has crafted.

Third, I will be linking an invite to Project Sky's Discord server on the 29th! I'll be posting the download link to the demo there (and on the website) the day after, so join the server to get the download link as soon as possible, or just to chat/ask questions. 2/2 #ProjectSky

If vibrant worlds of fantasy merging with impressively monumental boss battles sound like music to your ears, you may want to turn this up; every image and gif on Project Sky’s Twitter shows impressive fantasy and wildlife juxtaposed with mechanical monstrosities stomping around, ruining the picturesque scenery.

I'm 99% sure that people would have been mad if I didn't have this: you can now pet Ashkii while you're riding her. Well, rather, you can bug her and almost lose a finger. I'm sure she secretly likes it.#ProjectSky #indiedev #IndieWorldOrder #games #madewithunity #gamedev pic.twitter.com/5B2Ep0c44I

From the relationship that you’ll form with your direwolf Ashkii throughout your adventure to the radical arsenal that you’ll have at your disposal to leverage the odds to your favor, it’s difficult to believe that the entire title is coming from a singular developer.

It seems fascinatingly complex: from natural forests and grasses that sway with the breeze to a radial menu that slows the world when it’s open, giving players the time to make an accurate selection without stopping the flow, the snippets seen thus far scream of polish and competence.

As far as solo-developers go, it’s difficult to discern precisely how well the demo will play when it finally releases on May 30, which you can grab from the official Discord server or website when it releases.

There are huge aspirations that have gone into this title, and from what has been publically shown, it seems almost on masterpiece status already. The questions of how many environments will vary from the oft-seen snow-capped fields and peaks, along with how combat will feel, are the primary concerns that need to be answered. For now, it’s more than enough to get hyped up about a brand new adventure coming to use soon. Project Sky is releasing on PC, with later releases planned for both PlayStation 4 and Xbox One.

Edit: This article originally misquoted the date as March 30th; as mentioned, the demo releases this Saturday, being May 30th. Secondly, the verbiage of time in development was vague; the world has been developed for the past decade while actual development has been ongoing for the past ‘1.5 to 2 years’.

Cross-Platform Play Has Been Added To Crytek's Hunt: Showdown

Aug 15, 2022 Michael Gunn 140
The idea that Breaking Bad's Walter White should appear in MultiVersus is among the most well-known memes about the game, and it has even caught the...