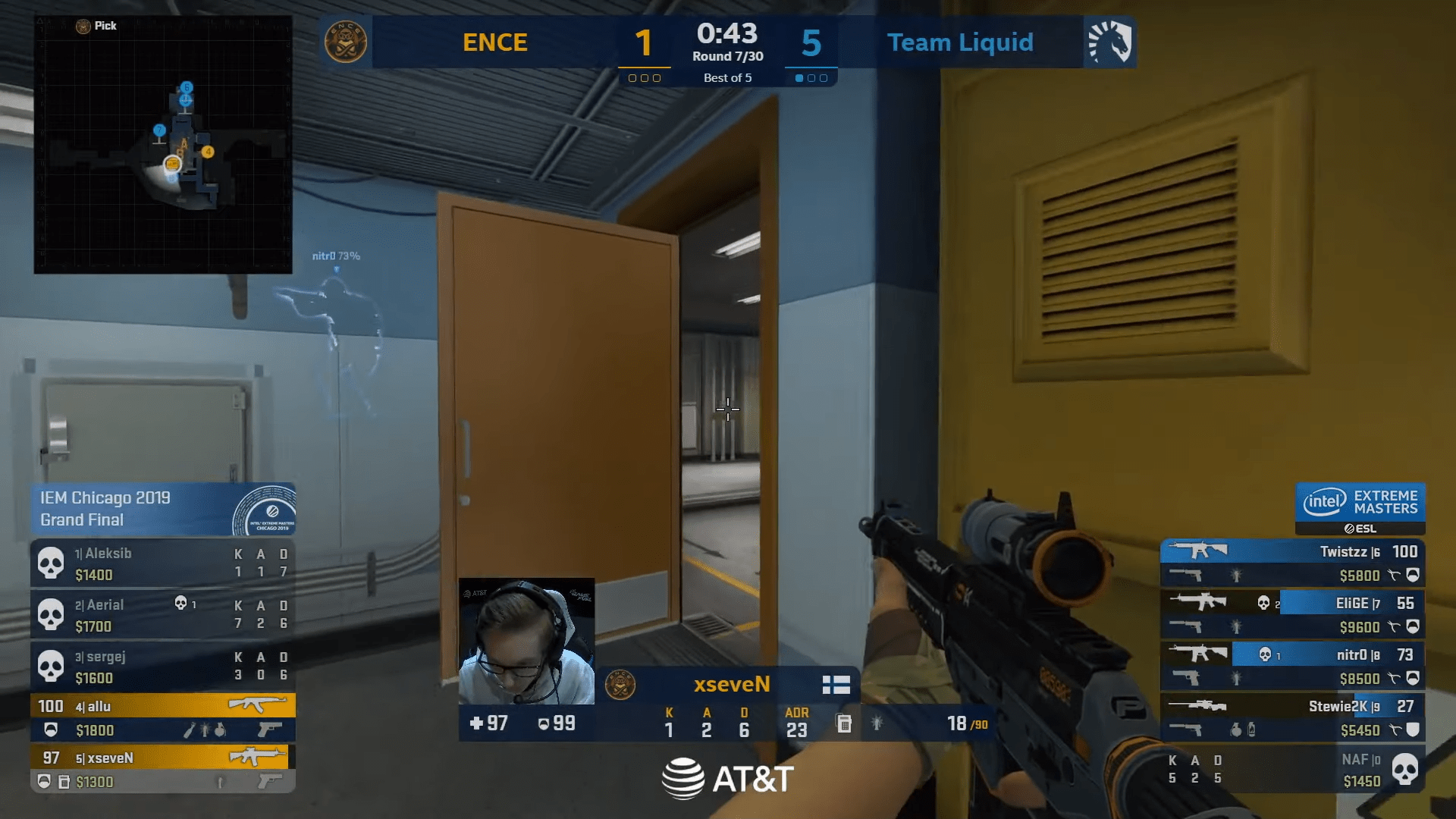 Counter-Strike has been around for almost as long as most of us can remember; one of the first competitive games that hit the PC platform along with the Quake franchise, Counter-Strike has been known for its tense tactical positioning followed by sudden desperate gunfights.  Like chess with guns, nerds continue to play it internationally.

Valve recently shook up the meta with the SG-553 dropping considerably in price and including an easily learned spray-pattern, fire rate, and scope, making it one of the most-used frag tools for the Terrorist side in recent competitions.  The $50 price difference between selecting an AK-47 or an SG 553 makes the price impact on CS: GO economy near-inconsequential, with a cost-difference equivalent to the never-seen decoy grenade.

when your teammate drops you an SG553 instead of an AK pic.twitter.com/rtlGD4TpZs

This price drop brought the SG 553 front and center in Counter-Strike, bringing short & medium-ranged fights, seems to handily win duels against CT AUG wielders.  This is in spite of the AUG holding best-in-class first shot precision for rifles across the board.

Multiple professional Counter-Strike: Global Offensive players have taken to airing their grievances with the weapon to Twitter and on their Twitch channels, stating that the higher damage of the SG 553 along with the increased rounds-per-minute the weapon is capable of firing while scoped gives the T side a hard advantage against CT’s across the spectrum of competitions.

Liquid star ‘Twistzz’ took to the platform Twitter to suggest a couple of changes to the weapon currently deemed to be a bit overpowered at its price-point.

No semi-automatic gun in cs yet, I think it should be the first. In my mind this is the only way not to ruin the gun entirely

Yet as Blizzard found out the hard way with Overwatch’s seemingly immortal ‘GOATs’ meta, nerfing things can be difficult while not completely altering multiple facets in the game.  The original price points of both the Krieger and the AUG were slightly higher than the AK-47 and M4A1, to compensate for these weapons having scopes that made mid-ranged duels easier.  This change in price point, that has been active for over a year, dashes that narrative with just the smallest bit of salt.

The SG 553 has seen a fair bit of professional play in 2019 Counter-Strike, and there’s little to imply that the popularity of the weapon will die down without Valve taking direct action via an increase in price.  What’s interesting to consider, however, is that now that players have opted for the SG 553 more often due to the low price point, is if reverting these changes will provide a long-term shift in how Counter-Strike: Global Offensive is played, and planned.

There have been no replies from the developer Valve in regards to player frustration.

Covenant Abilities - World Of Warcraft: Shadowlands - Everything That Is Known

Waiting For The Midnight Release Of Red Dead Redemption 2 On PC? You May Be Waiting For Quite A While