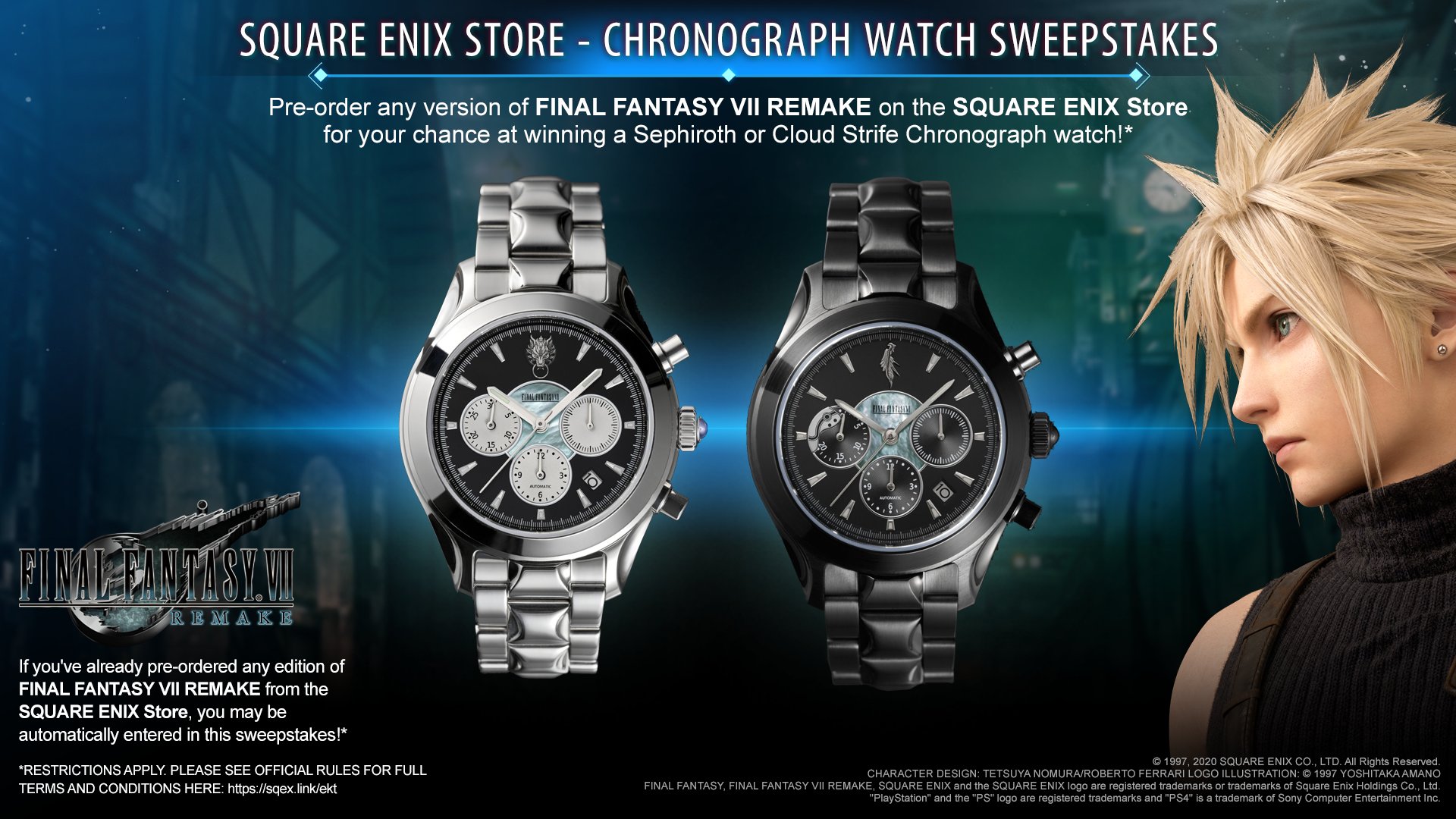 Pre-order #FinalFantasy VII Remake from the @SquareEnix Store for a chance to win a Sephiroth or Cloud Chronograph watch! Already pre-ordered? You're all set! #FF7R

According to the developer, this is not just an offer for new pre-orders. Everyone who has already pre-ordered any version of this game through the Square Enix store has automatically been entered into this exclusive contest.

Of course, a pre-order does not guarantee that you’ll receive the watch. It just gives you a chance to enter and win. That’s the difference between a contest and a pre-order bonus.

Square has been heavily pushing sales for this game through its online store, which will ensure that all pre-orders are received via mail when the game is released this April.

One reason not to go the route of a Square Enix preorder is exclusive early releases that sometimes occur at major retailers like Game Stop.

Kingdom Hearts 3, Square’s last major release, which came out one year ago this week, saw such an event. Game Stops around the country did a special 9 p.m. release of the game the night before it’s official release date.

Final Fantasy VII Remake is a complete top-to-bottom remake of Final Fantasy VII, the 1997 classic RPG released on the original Sony PlayStation. It has been, without a doubt, one of the most popular RPGs of all time, seeing several remastered ports from PC, PlayStation 4, mobile platforms, and most recently The Nintendo Switch.

However, this will mark the first time that a Final Fantasy title is completely remade from scratch, and gamers have been clamoring for it since it was first announced at E3 2015.

The game was initially slated for a March 2020 release, but saw a delay just a few weeks ago, also announced on the official Twitter account for the game.

Square moved the release date back to April 10, stating that it needed a few extra weeks of work to make sure that the game is perfect.

A playable demo for the game was also spotted (and subsequently hacked) on the PlayStation Network, but there is no word on when or if that is going to be released to the public.