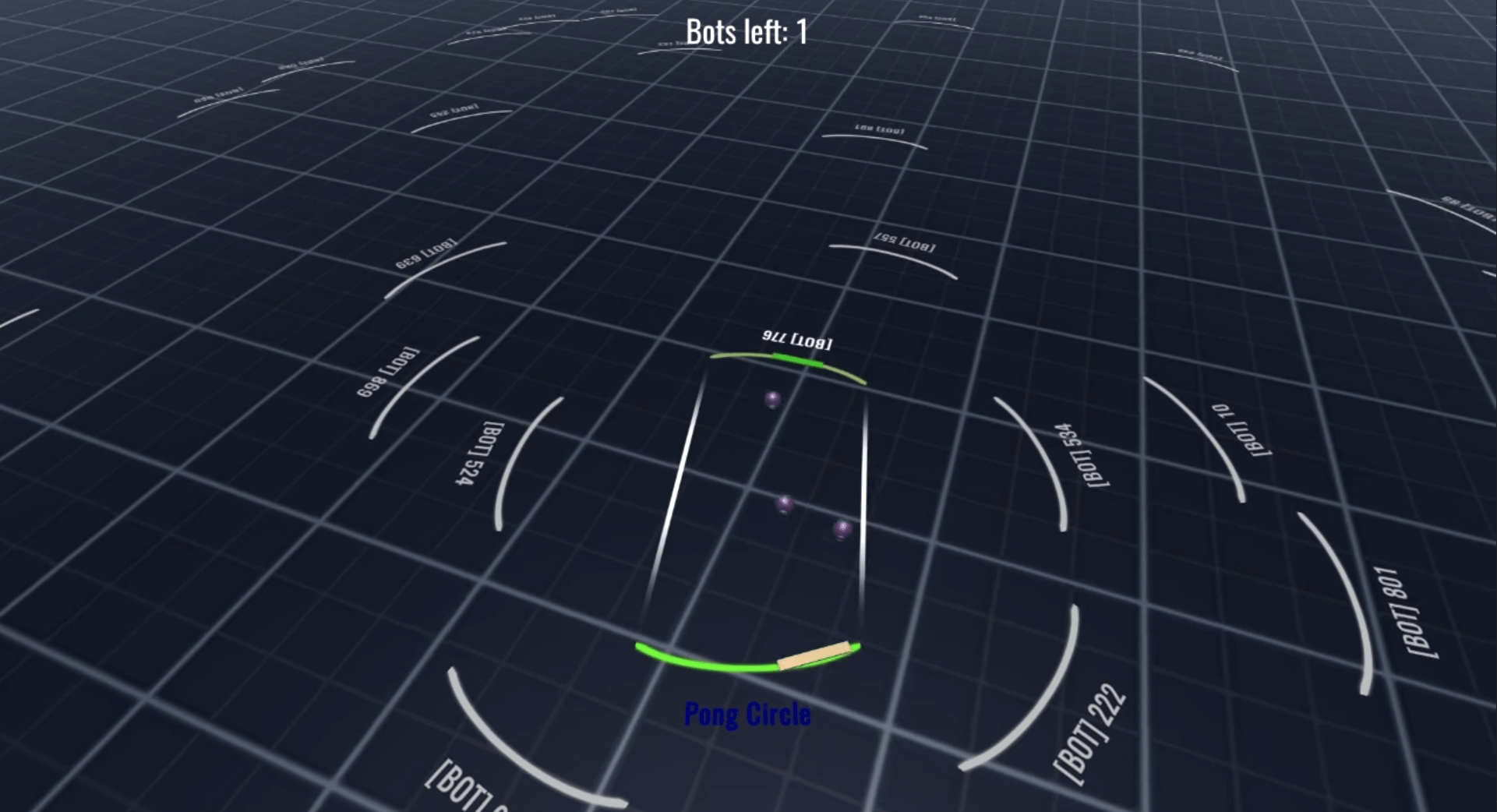 It’s finally happened; developers have taken the popular battle-royale genre and gone too far, applying it liberally to everything humanly possible as fans continue to queue over and over again for a surprisingly similar playthrough. What began with Day bled into PlayerUnknown Battlegrounds, which then morphed into Fortnite. At that point, all bets were off as developers could push forward a base platform that would ultimately carry various DLCs, it was wildly profitable, and everybody was generally winning. SO battle-royales became the de facto genre for developers to stomp around, and now we’re all drowning in the genre as oversaturation hit critical mass roughly three years ago.

We’re really just getting started, however, for better or worse. There’s a lot more battle-royales on the horizon, and the first wildly odd one is Pong Circle. It’s Pong, and it’s a battle-royale; there’s not too much more you need to understand about the general gameplay.

The first project to come from a solo developer operating under the name Meaty Ore Games in Poland, Pong Circle places 50 players in a…well, a circle as a multitude of balls are bouncing around the middle.

Each paddle must protect its own base, and if your base is destroyed, you’re out of the game. The circle continues to shrink as the game goes on, the outer fields littered with proverbial corpses of users that couldn’t pong efficiently enough until it’s a 1v1 set in the center.

It all sounds well and good, but there are a couple of bizarre caveats that come with Pong Circle.

First, there’s all of one server, and it sits in Poland. This actually might not be the biggest issue as long as the second issue is around; only one game of Pong Circle can be active at a time, regardless of how many users are sitting and waiting to play. You’re increasingly shafted if more than 50 players are currently waiting to play; you might not even get picked for the next battle-royale. Thankfully, you can play against 49 other bots; it’s arguably better than simply sitting there and hoping you get picked up next.

Finally, the ball itself doesn’t react as you would assume against the rectangular paddle; weird bounces are a consistent frustration for the new title. Still, it’s under $2 opn Steam, and one would presume that the developer will continue to implement fixes and mechanics.