Pokemon Sword and Shield Have Finally Released; Seven Tips You Should Know 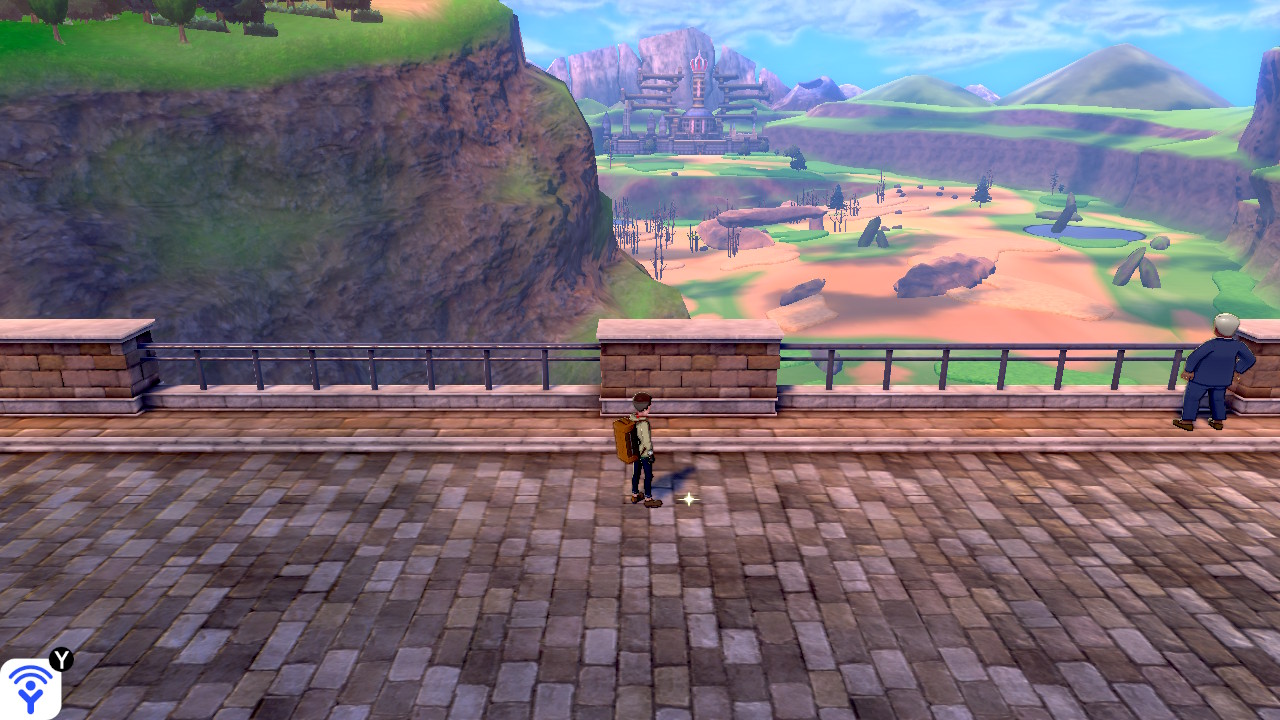 Game Freaks’ newest entry into the Pokemon universe has had a long road to finally get to release, filled with peaks and valleys that have had some fans excited and others furious. Regardless of how you feel about the newest entry to the franchise, the fact remains that this is an entry that many have waited for a long time; with vast open fields to explore, new mechanics, and a more manageable set of Pokemon.

With every Pokemon entry, fans are eager to explore, battle, and exploit the weaker species found in the Pokemon world to humanity’s advantage. Don’t worry that your favorite Pokemon keep getting KO’d, I’m sure they won’t hold it against you long term if you rattle their brain enough.

You know we had to do it to ’em. pic.twitter.com/TiS1jYi9cN

The Weather Affects What Pokemon Appear 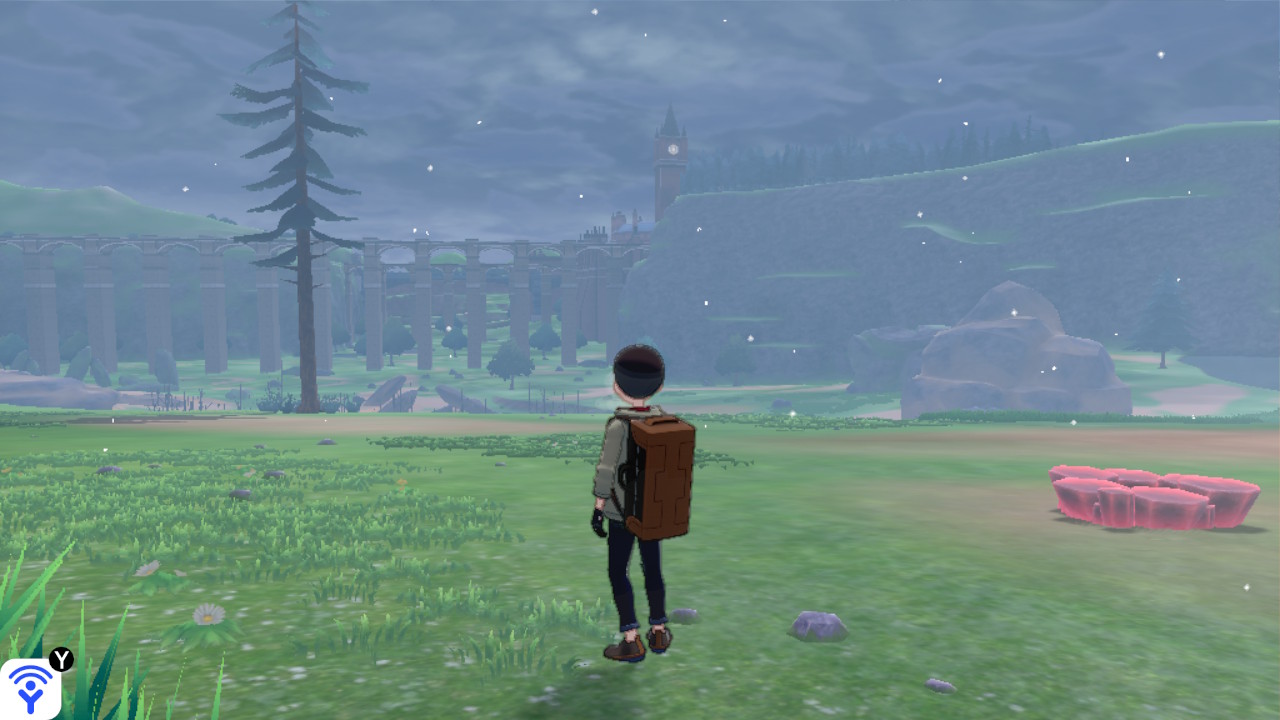 The weather types are constantly shifting in Pokemon Sword and Shield, with a very real effect on what Pokemon are catchable at that time, especially in the Wild Area. Snows and hail will tend to bring cold-types to the surface, while a torrential downpour may bring Magikarp to fields. Keen-eyed Gym Challengers can see most types of Pokemon available in the grass, letting them pick and choose their battles. Check your Town Map regularly to watch for emerging weather patterns, and search when the time is right.

Some weather patterns can actually affect your battles, like hail storms. At the closing round of combat, hail deals light damage to both Pokemon unless they’re otherwise immune to them. Additionally, certain weather types can make your Pokemon stronger; rain, for example, will increase electric damage both dealt and received.

Always Exchange Your Watts For Items From NPC’s In the Wild Area, you’ll find NPC’s in various locations. Some ask for you to battle (which you can deny), and some have found ‘amazing items’ that they are willing to trade you for your watts, which you get from ‘charged Pokemon’ and also Dynamax wells. Watts are generally unlimited, and the price you can sell their items for is staggering. If you see an NPC, talk to them. If they’re willing to give you items for watts, take the deal.

If you need more watts, simply take a break from the wild area until the Dynamax wells have replenished themselves naturally. If you see a Pokemon with an odd particle effect around it, those are charged; defeat them in a battle to gain their wattage. 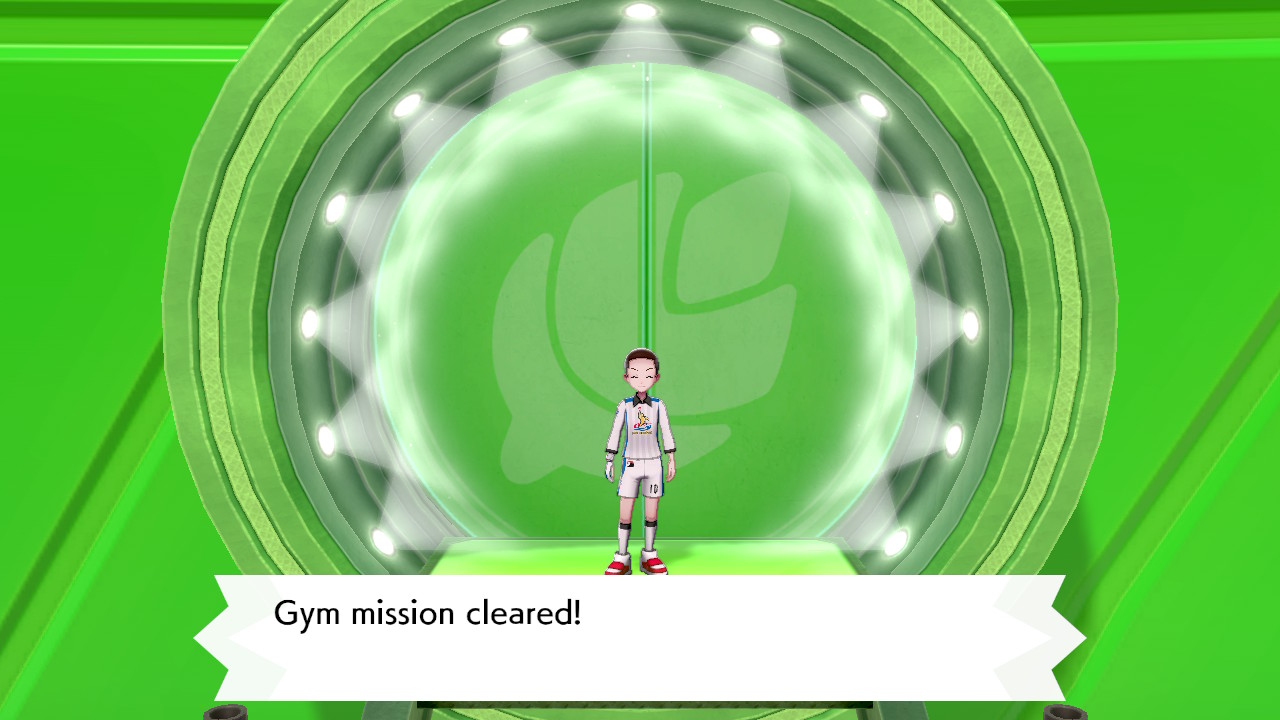 Every time you run into a gym, you have to first clear a challenge for that gym prior to challenging the gym leader. The challenges will have a couple of trainers that will challenge you as you complete relatively light-hearted missions, such as herding sheep across zones. These challenges never end up putting much of a fight; mind your party composition to counter whichever gym you’re challenging.

You’ll receive notifications well in advance as to the specialization of the next gym, allowing you time to alter your party. Going back to the Wild Area after you retrieve yet another gym badge will allow you to capture more monsters. Combine the availability of Pokemon with the new tweak that all Pokemon in the party retrieve experience, regardless of whether or not you use them, and you can diversify your party far easier than you could in previous titles.

Which means no more exhausting monster swaps between Magikarp to your primary to get Gyrados. That’s arguably a good thing. 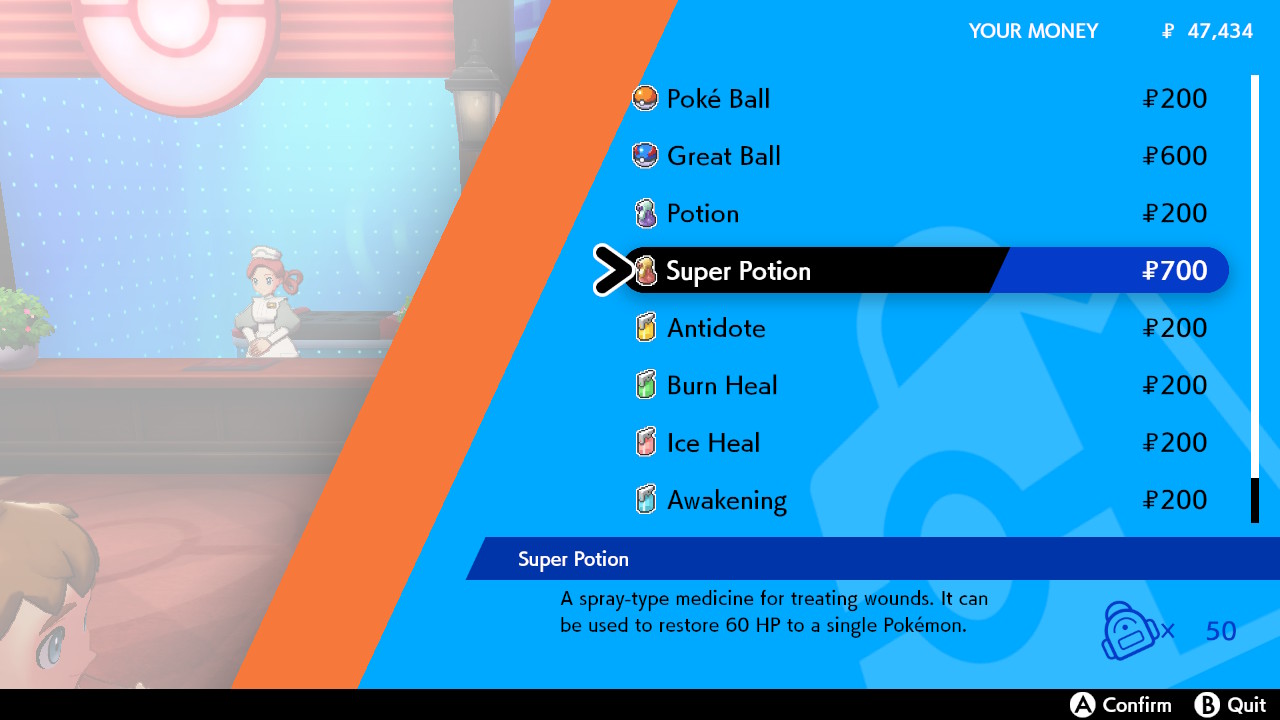 There should not be a time when you’re in the middle of a route and you run out of healing items or status cleansers. Money comes far more freely in this title than in the past; take ready advantage of this by ensuring that you’re always well-stocked in various curatives should you find yourself backed against a wall, or if you’ve been whittling your supply down trying to capture a finicky monster.

In the event that you find yourself running low on money, take a break and explore the wild area again, talking to NPC’s to trade your watts for items. Selling unneeded materials and treasures really opens the wallet for a bit of splurging, so treat yourself (and the Pokemon). 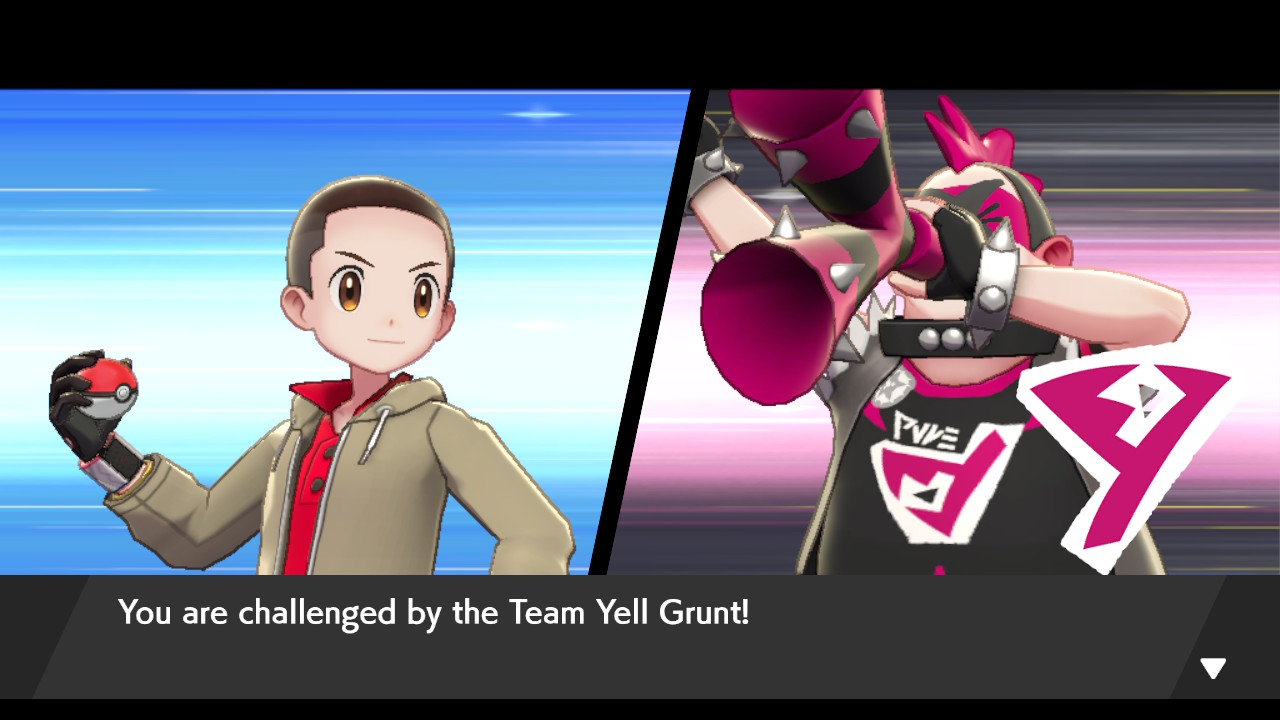 This will come as a surprise to people that have left the franchise for a time; there are occasions where you’ll be confronted by two trainers at once and have to combat both of them simultaneously. There is no warning when these events are about to occur, so it would behoove you to ensure that your first two Pokemon in your list have a synergy that allows them to cooperate with each other. Whether you choose to mix and match various elemental types to maintain strength in any combat, or if you have a support monster and heavy-hitter, ensure that it makes sense.

It’s dire to find yourself suddenly in a match against two water types at once, and you’re only fielding fire. Supporting Pokemon work well in this, with Oddish being a solid secondary Pokemon depending on the region you’re at. Continuing to debuff and afflict various statuses while your other Pokemon does the heavy lifting is a winning strategy; just ensure that both Pokemon have an advantage over whatever area of the map you’re in.

RELATED: Banner of the Maid Launches On PlayStation 4 And Nintendo Switch This Week 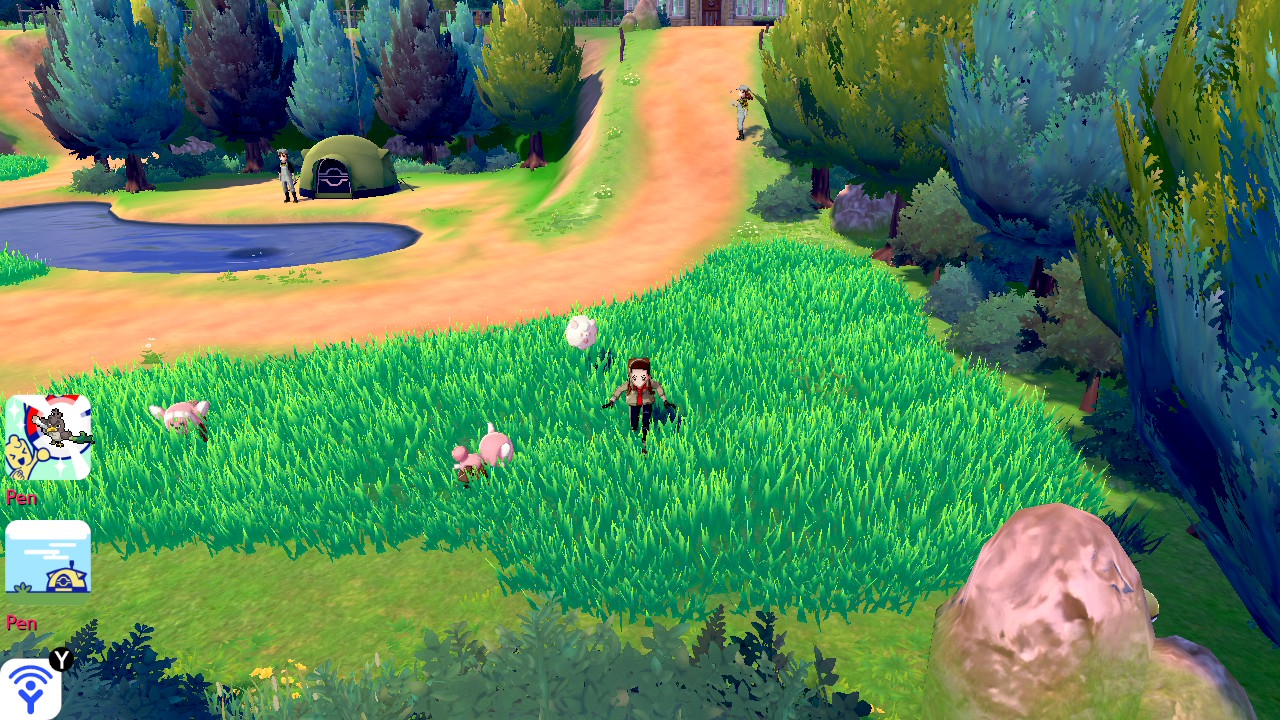 Pokemon Sword and Shield may have the most items hidden around the world than any title before it. With heavy-hitting TM’s being found in droves, along with massive items that you can give your Pokemon to hold, a wise Gym Challenger ensures that they scour the area for more than Pokemon. Some of the biggest items to be found in the game are simply on the floor waiting to be found. In wild areas, ensure that you’re keeping a sharp eye out for glistening areas on the floor; that sparkle denotes an item.

Likewise, always try to walk around buildings, trees, and rocks, to take the road that may very well be less traveled. Game Freak has apparently become increasingly fond of dropping items on the floor for curious travelers. It may not make much sense when you find expensive items on the floor around many travelers, but take a win where you can get one. Typically, as pictured, a keen eye can identify where an item is without having to journey to the esoteric reaches of the map.

The Pokemon Have Hands While the more avid Pokemon chasers among us are familiar with Pokemon holding berries for usage outside of you using a turn, Pokemon can hold far more than that. Some items increase various elemental abilities, while others can increase prize money, repel wild Pokemon, or even attract them. The varieties of items for Pokemon is wild, so make sure you’re always combing through shops to see if they’re offering something that you can exploit with your current party.

Eventually, you’ll find shops that hold incense; it becomes costly, but the use-case of these items is absolutely worth the initial investment. Sorting which Pokemon is holding what, aand why, can become a nightmare of menus and organization; the time investment becomes well worth it, however, when you can fire-and-forget as your entire party becomes juggernauts of one-hitting monsters.

There you have it, seven tips for Pokemon Sword and Shield. While the most recent iteration has some arguing that it’s too easy, or that the elimination of a large amount of Pokemon makes the game feel ‘cheap’, it’s difficult to argue that the game isn’t obscene amounts of fun. Even for those who have never played the franchise in their life.

Xbox Game Pass Is Getting More Than Fifty Games Over The Next Year, Includes Heavy Hitters Like The Witcher 3: Wild Hunt and Halo: Reach