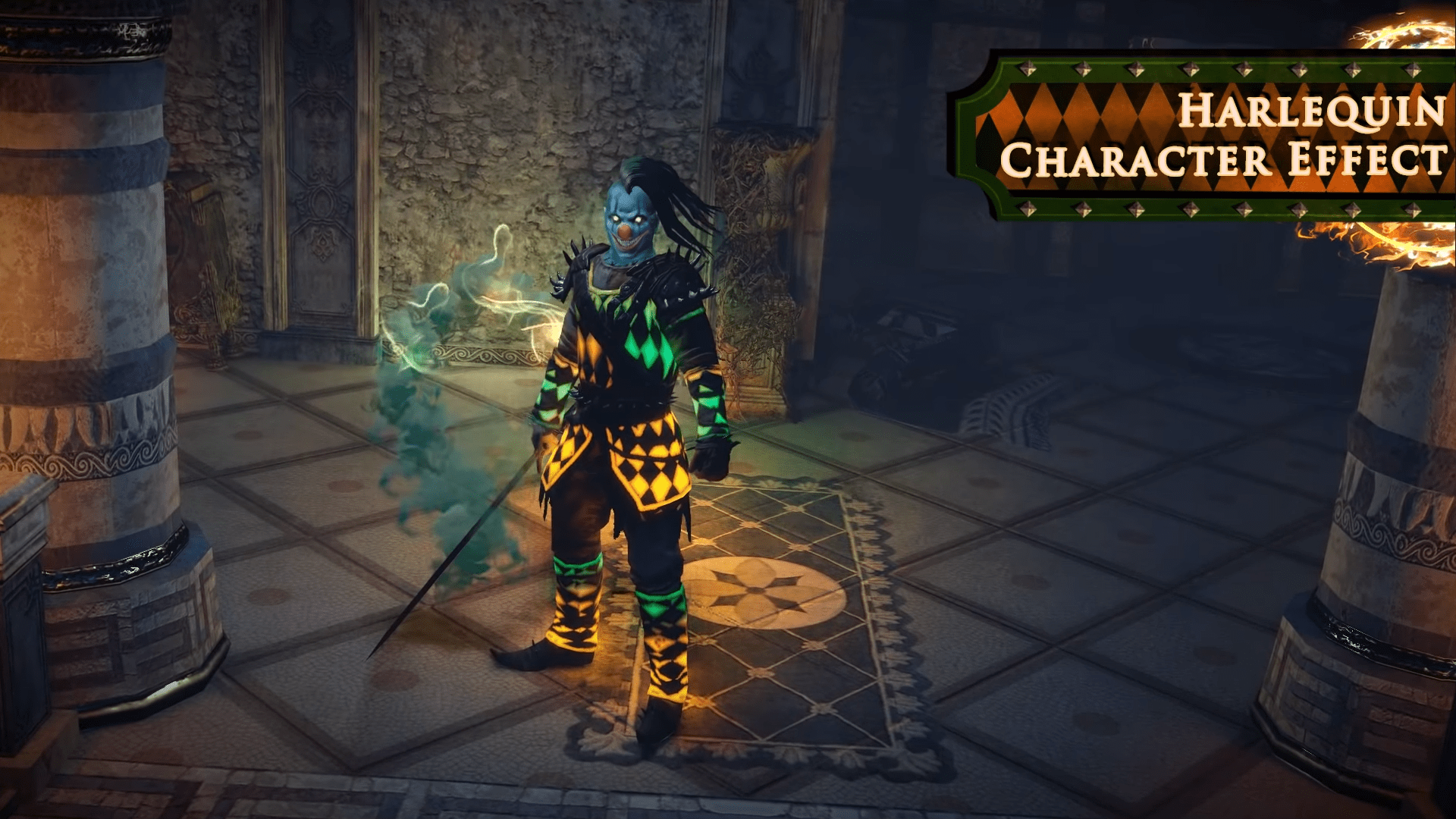 It’s an odd juxtaposition that has become a trope of itself; carnivals, the basis of joy and entertainment going back for centuries, and horror.  Perhaps Steven King is to blame, with his novel IT.  Yet it’s a trope just the same, and it has become a classic one revolving around the devilishly gruesome and horrifyingly bizarre.  In their most recent pack of microtransaction, Grinding Gear Games has opted to embrace the ghoulish carnival theme, and it frankly looks great, if a bit immersion-breaking.

Before we take a peek at everything that Path of Exile is now offering in their shop, let’s be clear on something: Path of Exile is a free to play game, in its entirety.  You can play every season, rank up astronomically high on the leaderboards, and generally dump thousands of hours in it for absolutely nothing.

In exchange, development studio Grinding Gear Games offers microtransactions that allow you to customize the look of your heroes, with various themes.  They also offer bank stashes so you can keep a bit more organized without having to do it manually.  So the purchase of the microtransactions is a standard means for the community to support the developer in Path of Exile, and new microtransactions are generally more celebrated than they would be in other games that attempt to exploit their players.

Some may argue that the TenCent buy may have mitigated this relationship between developer and player base, but development and support have continued as present as they were prior to the merge.

First, gore fireworks are exactly what they sound like they would be.  Fireworks that explode into multiple splatters of blood, staining the ground around the player.  It’s a bit silly of an item, as most levels will see you stain the ground with hundreds of enemies regardless, but it’s for sale until January 10th for 15 points, which will give you ten fireworks (consumable).

Next is the entire collection of both RingMaster and Harlequin sets; you can purchase the items individually in the shop, ranging from portal effects to top hats; the Carnival Mystery Box itself from September is not making an appearance.

Still, you can finish your creepy appearance that you began when the Carnival Mystery Box was around by purchasing the items individually that range from 35 points to 200 points, where 100 points is the equivalent to $10.

It’s worth watching the embedded video and seeing if anything specifically pops out at you; it’s always pleasant to support the developers!