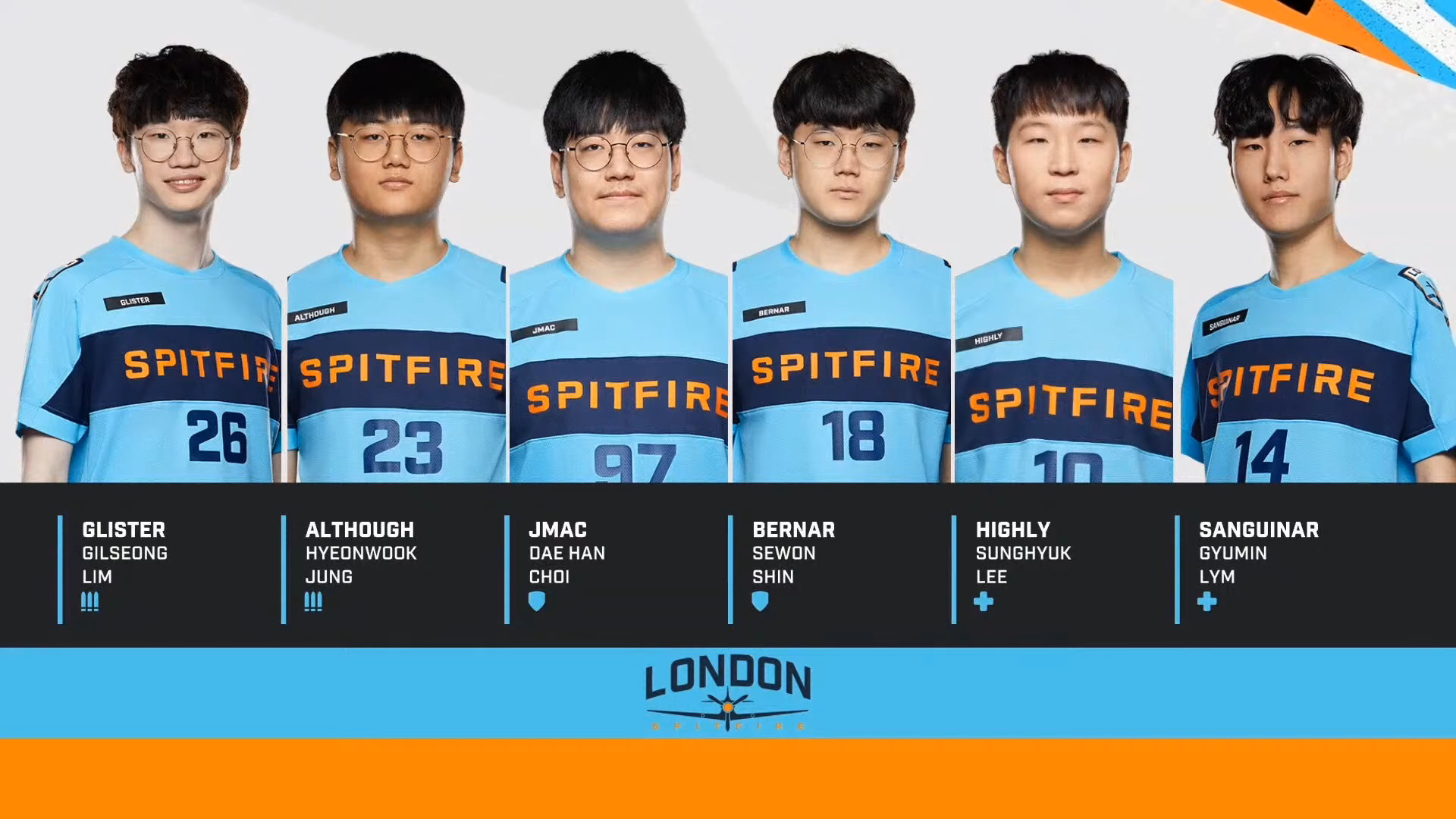 After the London Spitfire releases its entire coaching staff earlier this month, rumors have surfaced among its fans that the Overwatch League team will be rebuilding for the 2021 season. After today’s slaughter-fest, the Spitfire has proven the rumors to be true and bids farewell to seven players. The move has left them with only five remaining players from their 2020 roster.

The announcement happened on Twitter, where the organization gracefully releases the players into free agency. They are Jeong “Krillin” Young-hoon, who has been with the team since 2018, flex support Lee “Highly” Sung-hyeok, off-tank Cho “Clestyn” Gun-hee, DPS players Park “Babel” Sang-jun, Jung “Although” Hyun-wook and Lee “Schwi” Dong-jae, and main tank Kim “Jihun” Ji-hun.

It is with heavy hearts that we must announce that we must bid farewell to our players. We have offered free agency to most of our players to ensure that they can find a new team to thrive in with the least amount of resistance. #AcesHigh pic.twitter.com/PqRIKHGAEn

The tweet reads, “It is with heavy hearts that we must announce that we must bid farewell to our players.” Spitfire then continues that it has provided free agency to most of their players to find new teams without any issues. Except for Krillin, these players are mostly rookies and have unfortunately performed poorly throughout the competition. Analysts and fans were surprised by the strategy the Cloud9-owned franchise decided to go for their 2020 season.

A team full of rookies can be extremely daunting and intimidating facing off against veteran teams such as the Seoul Dynasty and Shanghai Dragons. The team has also moved from the North American region to South Korea due to the worldwide pandemic. These factors have rendered the coaching staff and the roster settle last in the APAC standings and 17th in the league. Although the loyal fans will stay with the team through ups and downs, management is stepping up to avoid placing it last again.

The season was a far cry for the once-dominant season one champion franchise. Recently, the owner of C9, Jack Etienne, has teased the Spitfire fans that he has not forgotten their Overwatch department. He carefully said that there would be many changes that are coming for the team and that fans will be excited. Though he couldn’t name the shakeup, it has now become clear that a roster cleanup is necessary to stay competitive for the 2021 OWL season.

With a lot more players being fed to the free agency pool, it can get harder to find new homes for comparatively least performing players. The likes of LinKzr, Danteh, Muma, Boombox Halo, and Mikeyy are all free agents, as well. For the Spitfire players signed and released, any knock of opportunity is a massive step for them to stay in the Tier 1 competition.

Blizzard Announces End Of Major Updates For StarCraft 2, Confirming The End Of New Major Content For The RTS