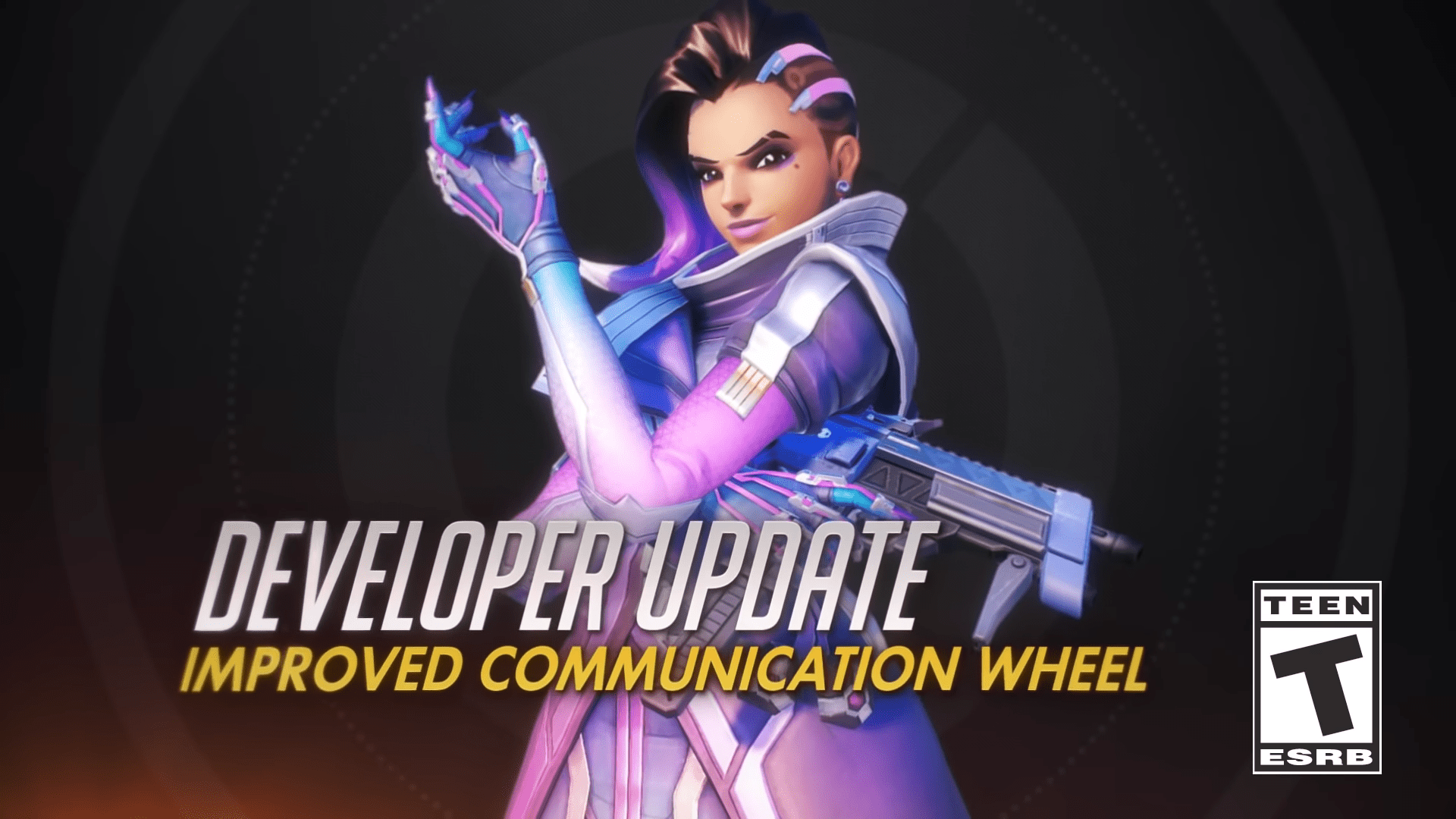 Even during the troubling times with the pandemic going on, the Overwatch team has continued to put out patches and even larger updates like introducing the new hero Echo into the game during the quarantine. Jeff Kaplan the lead game designer for Overwatch has released another one of his developer updates today. The update was recorded at home on his phone, in order to keep the community up to date on future plans for the game.

Kaplan opens the developer update with a heartfelt thanks from himself and the rest of the Overwatch devs to those essential workers and healthcare specialists who are putting themselves on the front line during the pandemic. He also gives thanks to his own team, giving a special shout out to the engineers and IT people, for continuing their work on the game and updates from home.

On to the actual upcoming content for the game, Kaplan talks about the main point of the video, which is the introduction of an updated communication wheel. Sometime in the near future, players are going to be able to customize their wheel. It will also include a ton of new options, such as “fall back”, “sorry”, and even a countdown feature.

Additionally, the Overwatch cast has put in the work to voice record all of these new inclusions for all 32 heroes. This will surely add a bit of variety and personality to these newly introduced communication options.

The second point addressed in the video is that the team has been hard at work with the queue times, especially with the competitive playlist. Players have expressed frustration in the past whenever a competitive match is canceled due to another player leaving the game before the match starts, even players who did not leave will be thrown to the very back of the queue again.

This frustration has led to the idea of a prioritized queue system. This way, if you are a victim of a canceled match you will be put back where you left off instead of at the very beginning of the queue. While this is not a guarantee for another instant match, it will surely help alleviate frustrations, especially for those DPS players.

Another small change also planned for the future has to do with patch notes. With the Echo patched recently introduced, the team included a link to an external website in-game, so curious players can easily access exactly what changes were included. However, this was less than optimized especially for those playing on console. As such, the team plans to put the patch notes directly in the game in the future for ease of access.

The team of course plans for the development updates to continue into the future, allowing players to glimpse into the team’s hopes and plans for the future of Overwatch. This update was not chocked full of content, but still nice to hear from the team during the current situation. Hopefully, the next update will come with some more substantial improvements to the state of the game.

The CS: GO And TF2 Source Code Leak: What Happened, What It Means, And What to Expect