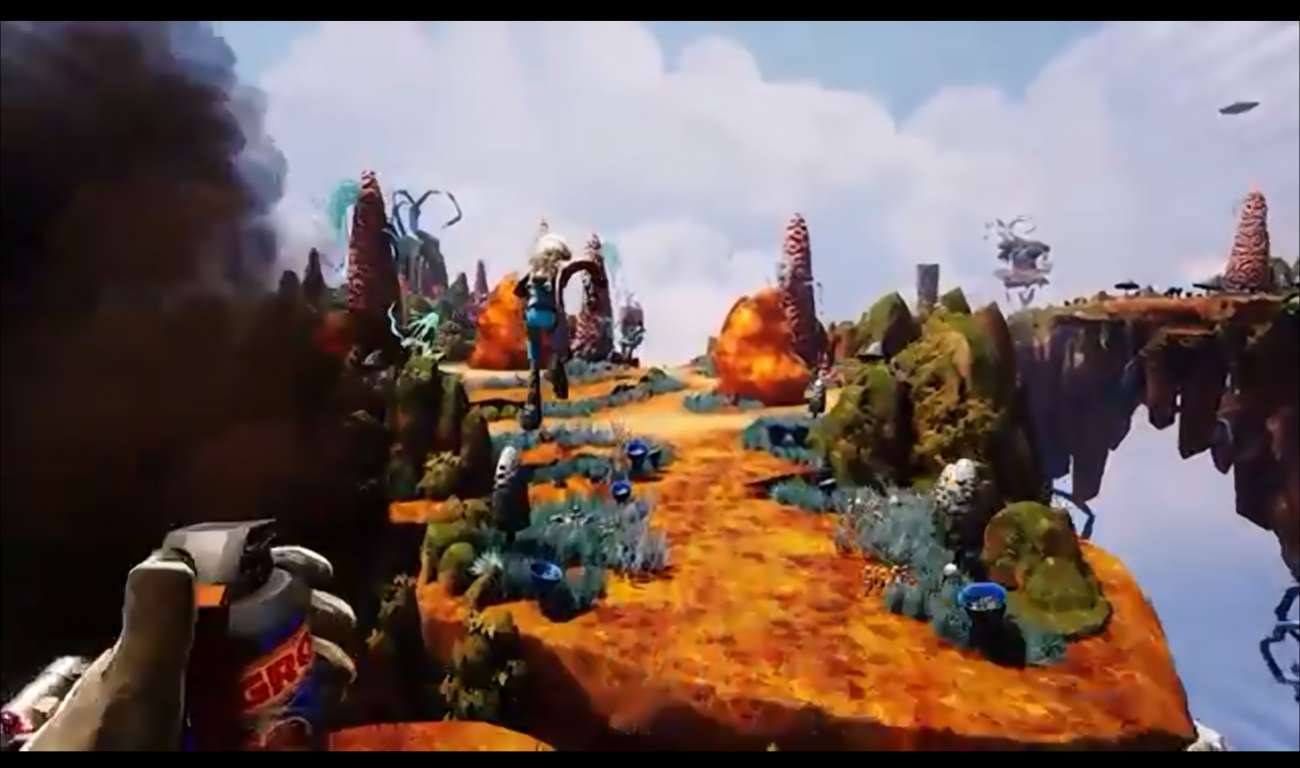 Journey to the Savage Planet is an upcoming first-person adventure game developed by 505 Games. It’s standing out among others in a similar space because of its uniqueness. The planets are filled with color. The creatures are insane and crazy-looking. Even the weapons you’ll use are surreal. 505 Games is certainly doing everything they can to make this game stand out.

It also appears like they’re hoping to make this game a great experience to play with others. 505 Games confirmed two-player online co-op just recently. It should give you and a pal the chance to embark on some incredible adventures. To show off this important feature, a trailer was just put out.

It features the surreal worlds you’ll get to explore as part of the Pioneer Program. The more you explore, the more feedback you’ll receive as far as completing objects. The world showcased in this trailer is filled with alien life. There are colors everywhere, which certainly have a dream-like aesthetic to them.

Some sort of owl-like creatures are featured, as well as a flying monster with a huge nose. It seems like these creatures will have a lot of diversity and should be fun to interact with first-hand. Who knows what other aliens are waiting to be discovered? Journey to the Savage Planet is all about exploring and having fun.

Being able to go on alien adventures with a friend is worth the price of admission alone. You won’t have a bunch of equipment to use at first. Instead, you and your partner will have to put your heads together and craft up something unique.

Using the wrong weapon or tool will generally result in a bad time on the alien planet you’re exploring. Thus, there is a little bit of a guessing game involved in terms of how you think the aliens will respond to you and your friend’s presence. This design certainly keeps you on edge, though.

In addition to this co-op announcement, an official release date was given. Journey to the Savage Planet will be available on January 28, 2020 for Xbox One, PS4, and PC. Pre-orders are currently available if you would like to ensure you get this game on launch day.

So far, this first-person adventure game seems like a winner. The visual elements invite you in and the insane aliens you’ll get to interact with already seem awesome. There are a lot of mysteries you’ll get to uncover in a fun and memorable way.

The Highly Anticipated Cyberpunk 2077 Is Confirmed For Google Stadia; Could Be Instrumental In The Platform's Success

Dec 24, 2020 Lisa Nguyen 9490
Publisher 505 Games and developer Magnus Games have announced the release date of Re:Legend. The title is currently in Steam Early Access but will...

Nov 25, 2020 Lisa Nguyen 5110
A new Drawn to Life game was announced for launch next month. Drawn to Life: Two Realms is the latest game from 505 Games and Digital Continue. The...

Nov 11, 2020 Lisa Nguyen 9040
Publisher 505 Games has announced that soon Indivisible fans will have the opportunity to own the game's physical version. The announcement was made...